Review: AAWireless makes wireless Android Auto a breeze, if you can get your hands on it 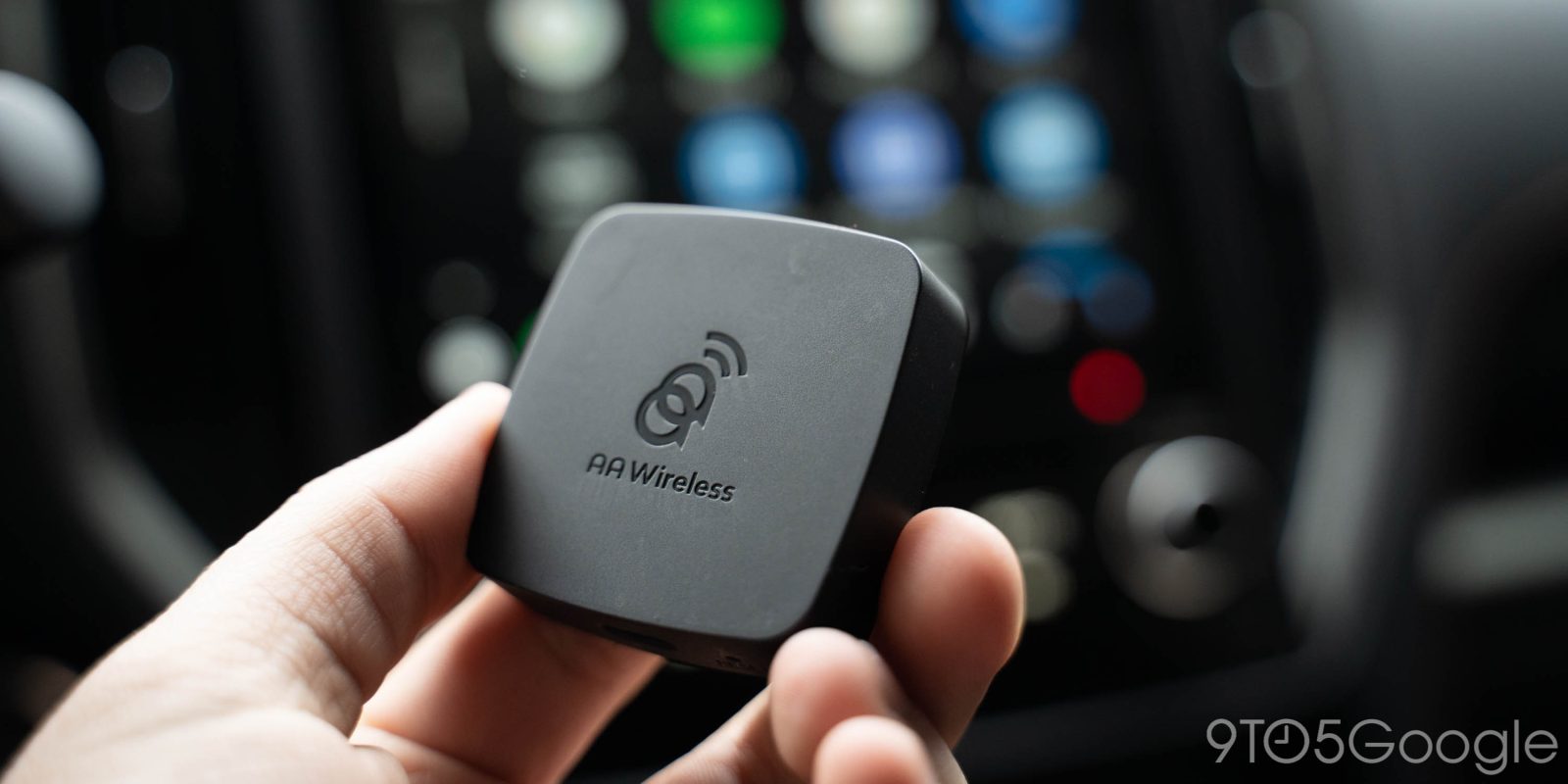 Systems like Android Auto and CarPlay are designed to make interacting with messages, calls, and media safer and more convenient in the car, but when they first debuted they came with the caveat of requiring you to connect a cable. While that’s a simple task, it’s one that quick trips would often not really justify. That’s what AAWireless, a dongle that adds wireless Android Auto to your car, tries to solve.

Wireless Android Auto hit the scene a few years ago, but in 2022, it’s still rarely offered in even brand new cars which leaves most folks with the need to connect a cable for this “conveinent” experience, sacrificing any form of fast charging at the same time.

AAWireless first made its debut in late 2020, with an Indiegogo campaign and the promise of bringing Android Auto wireless to any car that already supports the wired version. The project was started in part by Emil Borconi, a developer who had previously built an app that allowed customers to use wireless Android Auto with a spare smartphone. Clever, but very limiting.

The actual AAWireless dongle, following a proof of concept and its eventual shipping to customers, was a tiny little USB-C device that plugged into your car and was primed and ready to pair with your phone for wireless Android Auto. I’ve been able to use that device over the past several months and watched the progress that the team behind it has made since the product’s debut.

The final product, I’m happy to say, has been a wonderful addition to my car. It connects to my phone in a few seconds from the car starting up, and has Android Auto up and running by the time I’ve left my driveway. Performance has also improved considerably since I first went hands-on with the product in 2020. Where that original proof of concept would often disconnect at random, the final product has only done so one time in the past several months.

The final hardware is also a compact little device, with just a USB-C port and a reset “hole” as its only built-in controls. I do wish that reset control was a physical button instead of a paperclip button as it makes re-pairing easier, but AAWireless technically supports more than one phone anyway, so you don’t technically have to reset it at all. The device is also very light, but made from fairly cheap plastic that picks up little scuffs easily when thrown into a center console. But its design is subtle and compact enough to where it’s not an eyesore if your car requires that it’s visible, and the included cable is short and flexible, so it fits just about anywhere.

How does it work? AAWireless, the dongle, plugs into your car’s infotainment USB port just as your phone would for wired Android Auto. Your car needs Android Auto support in its wired form for this device to work.

On initial setup, you’ll be asked to pair over Bluetooth with AAWireless, and you’ll have to enable a developer setting to ensure things work properly on some phones. After that, your phone will connect to the dongle over Wi-Fi. This is what allows the phone to interact with the dongle wirelessly and actually use Android Auto. After initial setup, the handoff is seamless and quick, and pretty reliable in my experience too.

However, there’s a second component to AAWireless, and that’s a companion app. That app allows users greater control over the experience, with options as advanced as changing the DPI.

The app also enables the dongle to get OTA updates, opens up some fine-tuning settings, and makes re-pairing the dongle a bit easier, but the reality is that if things work out of the box, you don’t need this app at all.

As for how the whole system performs, it’s pretty flawless. As mentioned, Android Auto is usually running on my car with no interaction on my behalf by the time I’ve left the driveway, no more than 30 seconds or so. Latency is another concern of wireless systems, but it’s a moot point in my experience. There’s absolutely no noticeable latency in touch response when using AAWireless, and audio has had virtually no problems in the several months I’ve been using this dongle across Pixel 5, Galaxy S21 Ultra, Galaxy Z Fold 2 and 3, and Pixel 6 Pro. Audio routes through Bluetooth directly to the car, where data is handled by the wi-fi connection to the dongle.

The impact this has on battery is not minor, though. You can fully expect your battery to take a significant hit if you were to use this on a lengthy trip, but if you’re on a 15-minute drive to the store, it won’t really be a factor to be concerned about. Wired Android Auto is still my choice for longer trips, and it’s why I’m glad my vehicle happens to have two ports that can be used for Android Auto.

I think the battery impact is negated, though, by the fact that this opens up your phone to other charging methods. If your car has Qi charging built-in, you can now use it (heat may be a concern, but in my experience none of my devices have gotten particularly toasty). But now that the USB port isn’t being used for data, you can also connect your phone to a much faster third-party charger.

Wireless Android Auto as a third-party add-on was once only a dream for many, but AAWireless brought it to life. I’ve been extraordinarily happy with the product since its debut, but there’s one huge catch with it. Due in part to the chip shortage affecting the entire world and other snags in development, the price of AAWireless jumped up a fair bit, and the product is still only available through Indiegogo. As new alternatives show up that are easier to purchase, it makes AAWireless a bit less of a standout.

As it stands today, AAWireless costs $85 and is available to purchase from Indiegogo, with a March 2022 shipping date as of this review’s publishing in mid-January 2022. In speaking with the developers, the plan is to bring the product to proper retail channels in the next few months, but in the meantime, there’s still a lot of waiting involved.

Motorola’s MA1 dongle is set to debut next week with similar promises to AAWireless. While I’ve yet to try that product — stay tuned — it seems like a solid offering that will be much easier to purchase and may ease some of the setup friction thanks to some backing from Google. However, if Motorola’s MA1 dongle isn’t available in your region, or your car uses a USB-C port instead of USB-A — Motorola’s dongle has a built-in cable instead of a port — AAWireless is a product I can wholeheartedly recommend as long as you’re patient enough to wait for it.