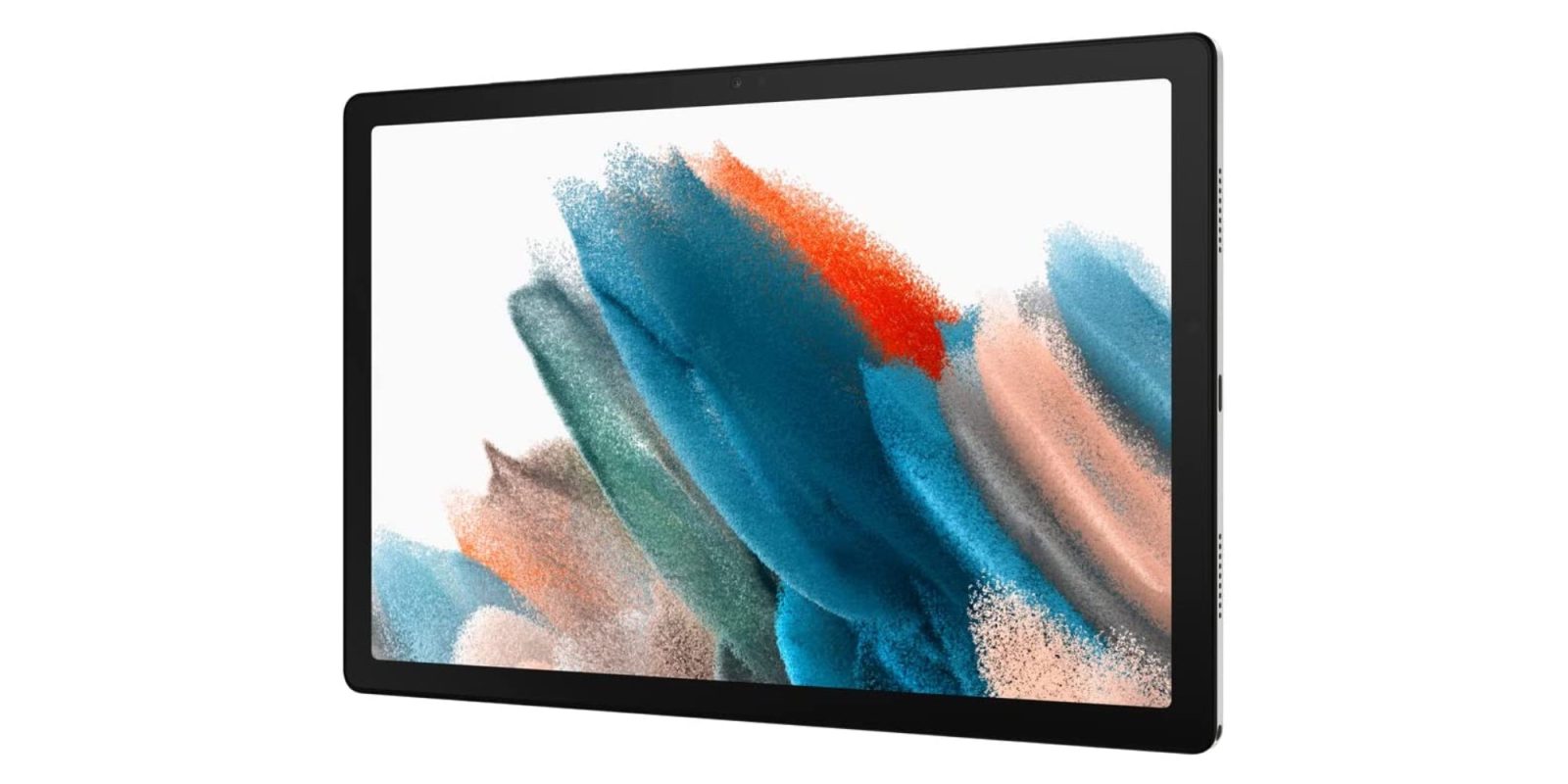 All of today’s best deals are headlined by Samsung’s new Galaxy Tab A8 on sale for the first time. That’s alongside deals on Samsung Galaxy Watch 4/Classic LTE models at $80 off, plus ongoing Galaxy S22 pre-order price cuts. Hit the jump for all that and more in the latest 9to5Toys Lunch.

Amazon is now offering the all-new Samsung Galaxy Tab A8 Wi-Fi 32GB Android Tablet for $200. Normally fetching $230, today’s offer delivers the very first price cut since launching back in January and amounts to $30 in savings. You can also save on the 64GB and 128GB models at up to $50 off.

Samsung’s just-released Galaxy Tab A8 may not pack as much power as the new S8/+ devices, but arrives with a more compact 10.5-inch LCD display. The four Dolby Atmos speakers make it just as capable for catching up on content away from the TV, and if the upwards of 128GB of onboard storage isn’t enough, a microSD card slot can deliver additional room for storing content. You can get all of the details on what to expect in our announcement coverage, as well.

Amazon is now offering the Samsung Galaxy Watch 4 44mm LTE Smartwatch for $250. Normally fetching $330, today’s offer amounts to $80 in savings while delivering a new all-time low at $5 below the previous and only other discount to date. Alongside discounts on the 40mm style, Samsung’s Galaxy Watch 4 Classic models are discounted, too.

Samsung Galaxy Watch 4 arrives as the latest iteration of wearable from the brand complete with a refreshed design and some new fitness tracking chops in tow. Centered around Wear OS, you’re looking at a similar rotating bezel to previous versions alongside up to 40-hour battery life. There’s also a new BioActive sensor which combines optical heart rate data with electric heart and Bioelectric Impedance. Samsung rounds out the package with a new Body Composition feature for monitoring muscle mass, basal metabolic rate, and more. Our hands-on review notes how it sticks the landing, too.

Just after being officially unveiled by Samsung, we’re now tracking the very first cash discount on the all-new Galaxy S22 Ultra. Right now at Amazon, you can score the unlocked 256GB model for $1,200. That’s down from the usual $1,300 price tag in order to save you $100 and marks the first notable price cut yet. While there are some ongoing carrier promotions you can check out right here, this is your first chance to save some actual cash on the all-new handset.

Amazon is offering the Fossil Gen 5 Carlyle Stainless Steel Touchscreen Smartwatch for $179. Down from its $295 list price, this 39% discount will save you $116. While this is not the lowest price we’ve seen this watch at, it is the most consistent discount price.

The Fossil Gen 5 Smartwatch runs Google’s Wear OS and is compatible with both iPhones and Android devices. Boasting a 24-hour battery life that can be lengthened in a multi-day mode, this watch can monitor your heart rate and activity using Google Fit. Google Fit uses the built-in GPS to track distance, and Fit can also monitor your sleeping habits. It should be noted that this watch is not compatible with Android Go Edition or phones without the Google Play Store. If you want to learn more, check out our review of the Fossil Gen 5 Smartwatch.

Amazon is now offering the Jaybird Vista 2 True Wireless Sport Earbuds for $130. Normally fetching $200, you’re looking at a return to the all-time low set only once before. With $70 in savings these were last discounted over Black Friday, making today’s offer the best in months.

Ideal for everything from working out to getting some peace and quiet while studying, the Jaybird Vista 2 deliver fitness-ready and distraction-free listening. Alongside IP68 waterproofing and an impact-resistant build, there’s also active noise cancellation that’s backed by 24 hours of playback on a single charge with the Qi-enabled case. Get a closer look in our hands-on review.

Review: Hands on with the massive Joby Wavo mic drop!