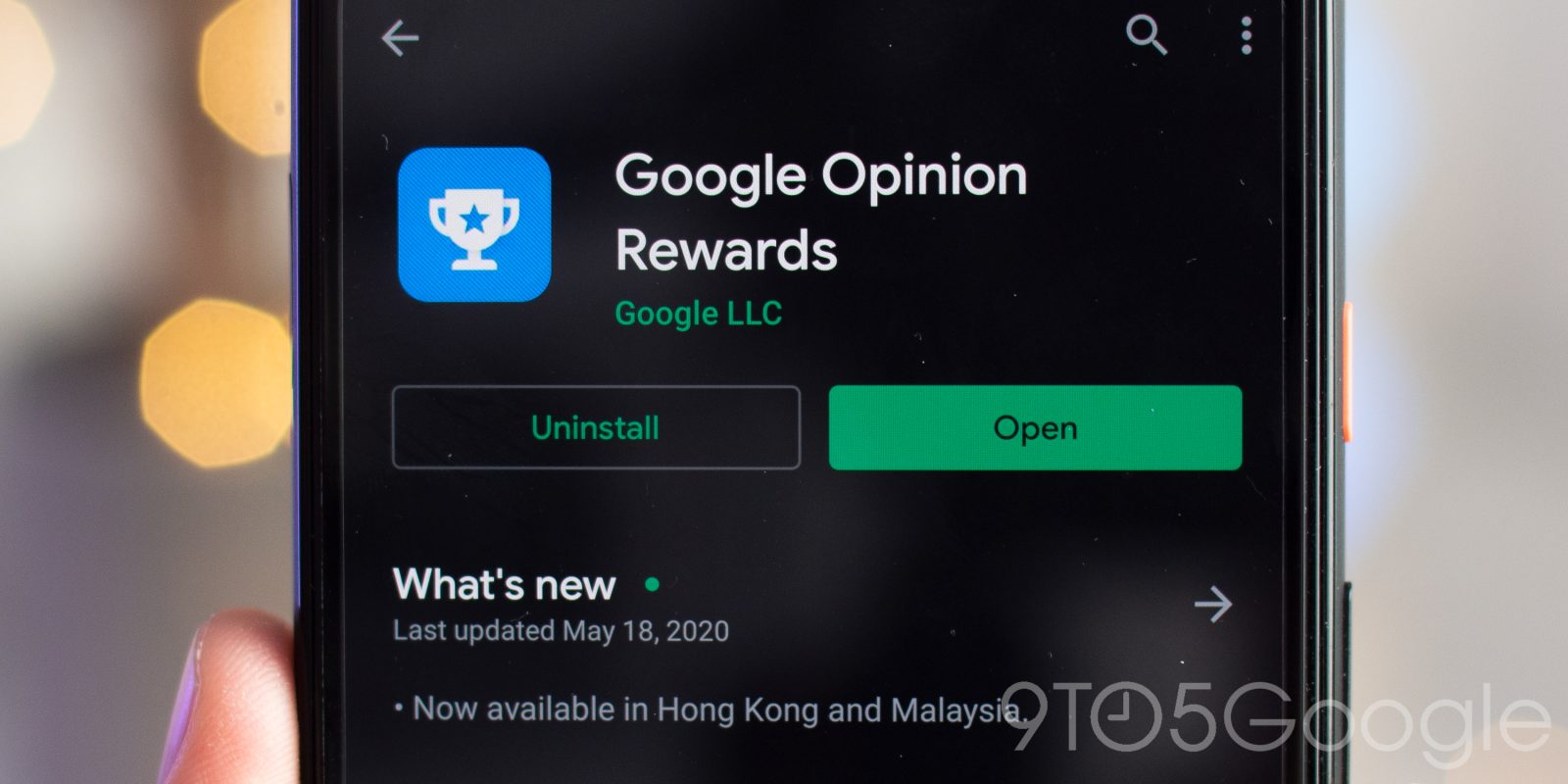 As a way to accrue some free Play Store credit by answering surveys and questionnaires, Google Opinion Rewards is a neat application to have on your Android device. Since its launch, the app is now available in over 30 countries with a further five being added in recent days.

The Opinion Rewards app uses your location data to serve up quick questionnaires about places you’ve visited and even sometimes will ask about some recent Search queries. With Play Store credit as an incentive, it allows Google to get large pools of data much quicker than if completely voluntary.

Sometimes you may be asked about ads or even to upload a store receipt. Each survey consists of multiple pages, with the first explaining the survey details and aims. Then you will be offered a series of multiple-choice questions. Once completed, you’ll get a splash page that confirms just how much Play Store credit the Opinion Rewards app has added to your account balance. All responses are completely anonymous, with any identifiable data removed at the point of submission.

While you won’t necessarily make a ton of money completing the optional surveys, you may garner enough to pay for premium apps, rent a movie, or even grab an e-book. As spotted by Android Police, the Google Opinion Rewards availability and eligibility page now lists support for five more regions including Colombia, Finland, Hungary, South Africa, and Vietnam.

This means that 34 countries are now able to access the Google Opinion Rewards app. It’s not limited to Android either, with an iOS app available if you use an iPhone or iPad. In conjunction with the Play Points system, you could easily avoid paying with your own money by using Opinion Rewards on your smartphone. That said, it’s unlikely you’ll make masses of credit, but it’s a neat option to have. It’s also important to note that credit can expire, but the application will confirm when portions of your balance will expire.