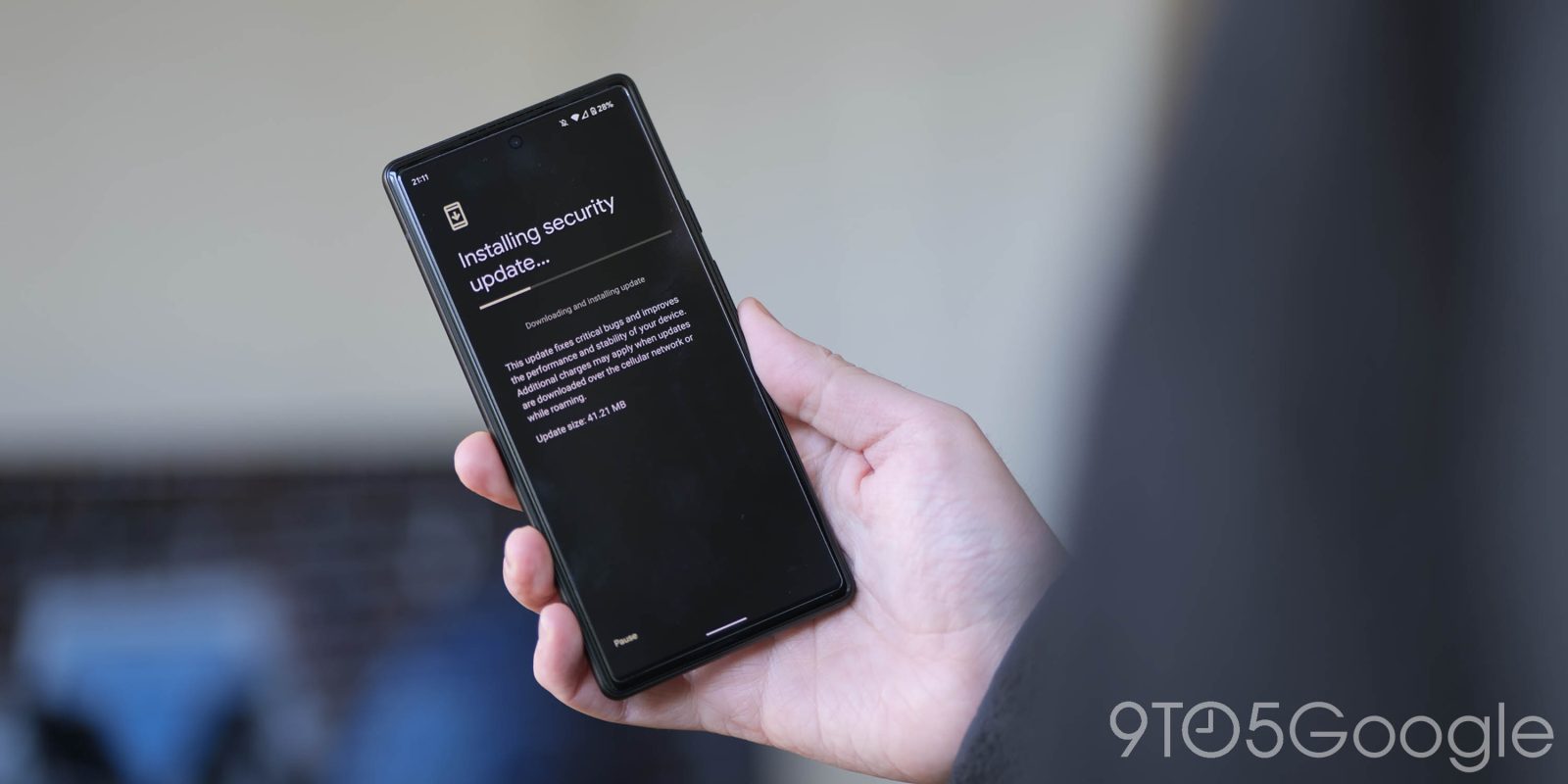 It probably doesn’t need to be said, but the delayed update schedule for the Pixel 6 and 6 Pro not only hurts those of us that value prompt support. It cheapens and chips away at the perceived “flagship” experience being sold to prospective buyers.

Google’s increased marketing efforts with the Pixel 6 series seems to have resulted in a “sales record” for the brand, showing that Google’s latest phones have resonated positively with customers. If you’ve ever used a Pixel smartphone, the “clean” Android experience is one that leaves an indelible mark.

Not only does it feel smooth and fairly aesthetically inoffensive, but you also get neat quality-of-life features and functions. Plus there’s the bonus of exclusive additions you won’t find anywhere else courtesy of Pixel Feature Drops. It’s often hard to go and use one of the many other Android skins simply because the Pixel experience is so good.

In some ways – and luckily for Google – the current marketing collateral doesn’t outright specify day-one updates as a core selling point. Instead, Google has focused on marketing the guaranteed updates up until October 2024 and security updates until October 2026. But it’s difficult to deny that the series has cultivated a fanbase that expects updates the day they are announced, as this has been a core advantage of past releases.

Android 12 is pushed alongside Material You as a reason to pick the duo over competing options. For the most part, it is. With a staggered rollout – likely to account for the Pixel 6 release – Android 12’s “stable” release was full of bugs and, although massive in terms of new additions, lacked a little of the polish you’d expect of the Pixel series. Factor in a bungled December 2021 update and subsequently delayed January 2022 patch to put right a laundry list of problems, and it’s very easy to understand fan frustrations.

The brand-new Pixel Stand couldn’t even be used to its fullest extent without the late-January patch – almost two months after the accessory went on sale and started shipping. Even the recent Android 12L Beta update has been delayed and not available for the Pixel 6 and 6 Pro at the same time as other Pixels.

This isn’t a good look for the only Google phones available outside of Japan and the US, where the Pixel 5a is still being sold.

It’s understandable that people find this infuriating. Especially if you’ve paid $599 or $899 for a brand-new Pixel and the previous generations – from the Pixel 3a to the 5a – get updates and Pixel Feature Drop extras ahead of your Pixel 6. All the while, you’re potentially facing connectivity issues, an inconsistent in-display fingerprint scanner, and much more.

Is Tensor the reason for slow updates?

Now the elephant in the room is the brand-new Google Tensor chip — the chip co-developed with Samsung. It would be easy to point the finger at the new processor as the root cause of delays and issues.

It’s worth noting that we actually do not know for certain if Tensor is the root cause of slow update rollouts. Maybe there are some slowdowns now as a result of the transition to a Samsung-based chip, or Google has to do more of the testing and debugging internally. That shouldn’t become a problem that buyers and fans have to deal with.

Maybe the Android software team needs more time to get things working properly on the new hardware, but we’re simply speculating. It’s also possible Google’s teams just haven’t nailed down the new workflow, as things are sure to have changed drastically behind the scenes in the switch from Qualcomm to Tensor. For earlier generations of Pixel phones, Qualcomm is involved with the process of preparing and testing monthly security updates. This might account for the snappier turnaround and consistent update speed on those older handsets.

The last three updates for the Pixel 6 and 6 Pro have been delayed, and that amounts to every regularly scheduled update for the pair so far. Now I personally don’t mind too much waiting an extra week or couple of weeks to get updated. My own opinion aside, this simply isn’t good enough. Especially given how much value is placed upon the software experience offered by Pixel smartphones.

Anecdotally, it seems that device performance complaints spike very shortly after a Pixel 6 update is pushed out. For any prospective buyer researching the device, this isn’t going to instill confidence ahead of purchase.

Somewhat frustratingly, there is a real worry that Google is alienating the Pixel series “core” audience while trying to transition to the more lucrative “mainstream” smartphone buyer. It seems that prompt updates are proving to be the first casualty in this transition. That said, the aforementioned delays may be ironed out as Google gets to grips with Tensor. There is also the benefit – at least from a PR perspective – that a silent majority of owners don’t care too much about software updates at all. Only the often smaller, less financially lucrative hardcore fanbase kicks up a stink online, and over time this becomes a non-issue as people look elsewhere for future upgrades. We’ve certainly seen other brands including OnePlus alienate the base of buyers that helped build the brand by adopting this approach in recent years. We’re pretty certain Google isn’t going to become one of those OEMs and this is a likely a blip.

What’s more frustrating overall is that the Tensor chip should be the most important component in the Pixel 6 duo. Instead, in the transition away from Qualcomm it at least appears to be tripping Google up. With an update cadence truly out of sync with expectations, Google owes it to Pixel 6 and 6 Pro owners to catch up and get up to speed, or potentially risk losing some of those supposed market gains by the time the Pixel 7 series comes along later this year.