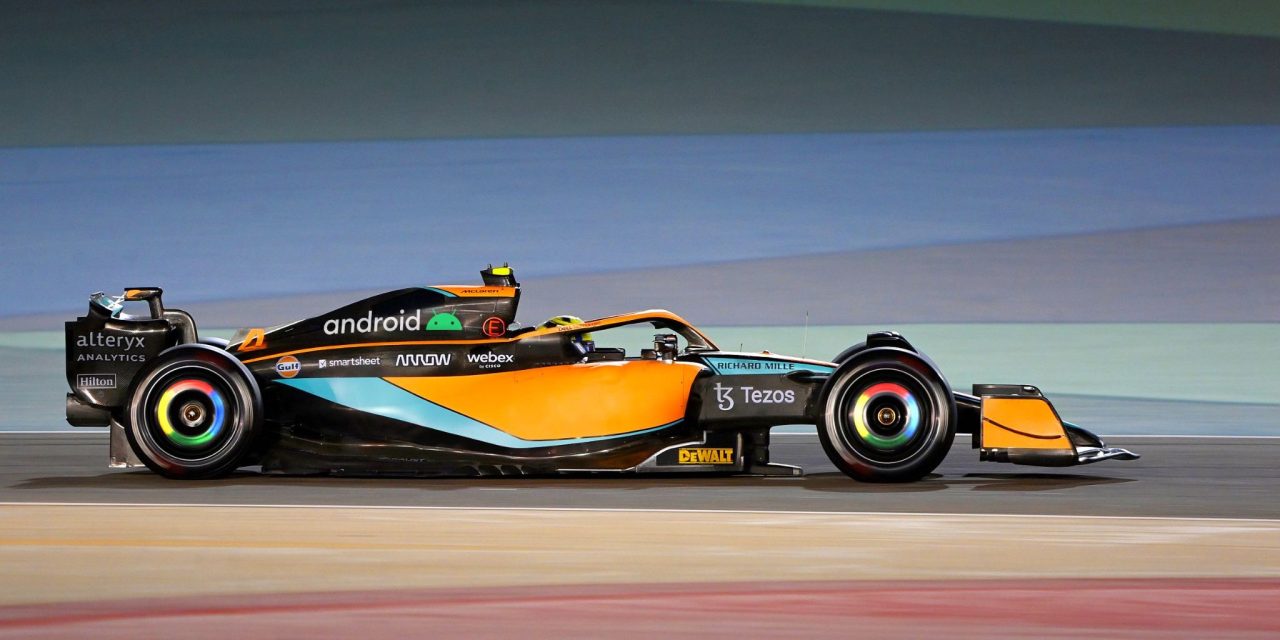 In a rather amusing display of corporate sponsorship, Google is now an “Official Partner of the McLaren Formula 1 Team and the McLaren MX Extreme E Team” with the Android and Chrome logos making an appearance on F1 race cars.

This “major multi-year partnership” starts with McLaren Racing using 5G-enabled Android devices and the Chrome browser during practice sessions, qualifying, and races. It’s meant to “support the drivers and team, with the goal of improving on-track performance.”

Of course, the other important and most visible aspect of this arrangement sees Android and Chrome branding prominently appear on F1 race cars, including:

Android and Chrome branding will be carried on the engine cover and wheel covers of the MCL36  Formula 1 race cars, and on the helmets and race suits of McLaren Formula 1 drivers Lando Norris  and Daniel Ricciardo from the 2022 Formula 1 season.

It’s rather interesting that Android and Chrome marketing is making this high-profile sports push. Those products are already quite ubiquitous in the world compared to YouTube TV and Pixel (at sporting events), but it does raise their standing to a different crowd. Meanwhile, we know SVP Hiroshi Lockheimer is a fan:

“McLaren Racing represents the very best of what’s possible on a racetrack across performance,  inclusion and sustainability, and those are values we share at Google. We’re bringing more  innovation to platforms, like Android and Chrome, and seamlessly connecting them to other  Google services to optimize McLaren’s race day performance.”