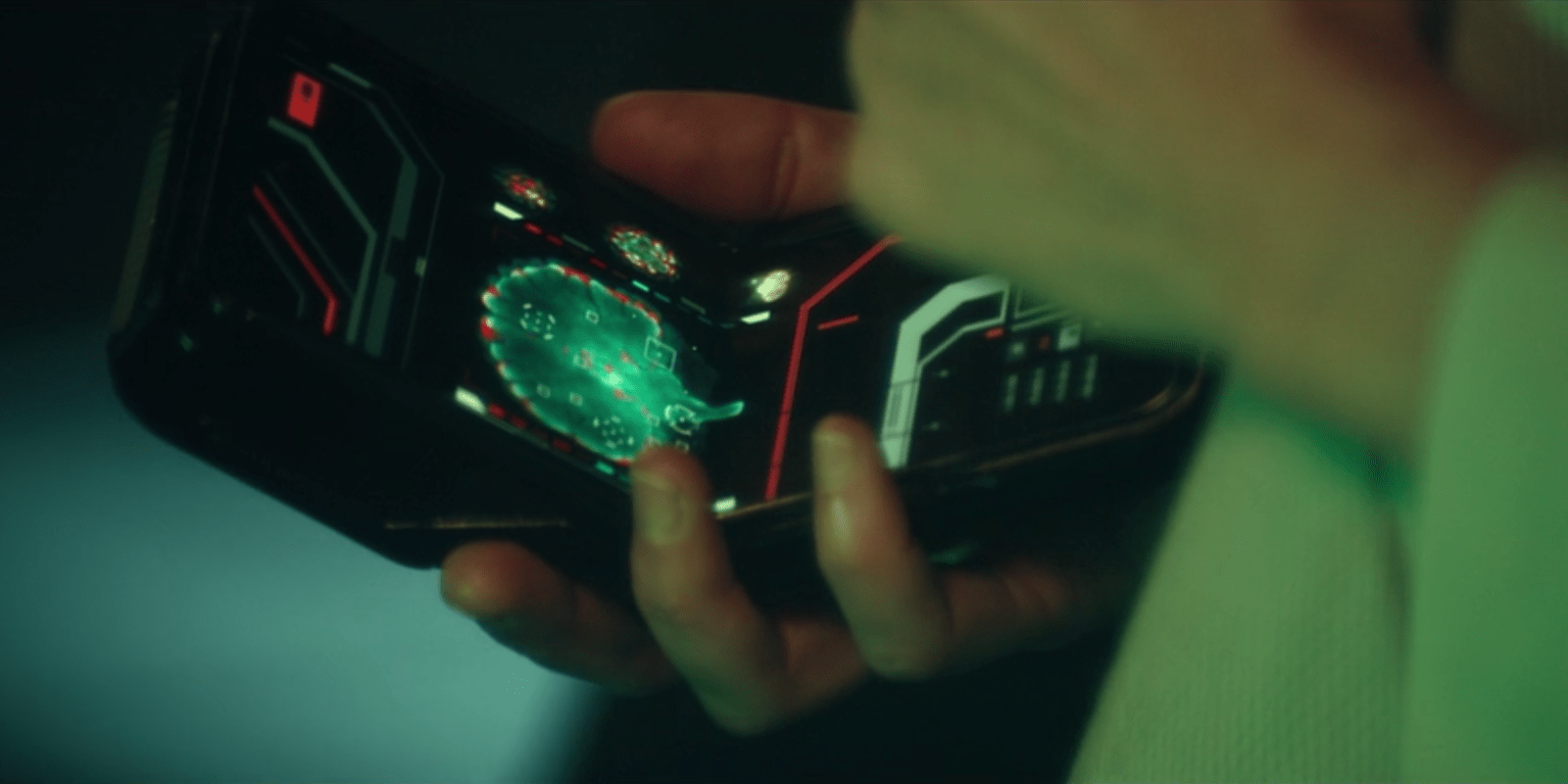 In episode three of the second season, we see two instances of the Galaxy Z Flip 3 used by the main characters: Agnes Jurati (for medical) and Rafaella “Raffi” Musiker (in the field/away mission). The horizontal crease, under-display front-facing camera, and reduced bezels are clearly visible. Like episode two’s PADD, the Z Flip is placed in a very thick case to make a Tricorder. The exterior is not seen and replaced by a thick sensor/scanner of sorts.

Star Trek: The Next Generation introduced the flip-open Tricorder design that hilariously had a very tiny screen flanked by physical buttons – this continued into Voyager and Lower Decks.  Of course, that series was shot in the late 1980s and early 90s.

Given the technology of the 2020s, the technology available for props has come a long way, and it makes sense the folding Z Flip 3 is leveraged by Star Trek: Picard. As such, it’s all screen with no buttons except virtual ones. That said, it certainly makes for a relatively expensive prop.

As a note, this is (Confederation of) Earth technology from the alternate 25th century rather than Starfleet-issue Tricorders. Meanwhile, this technology is now being used in Los Angeles 2024, and it remains to be seen what modern-day gadgets will appear.