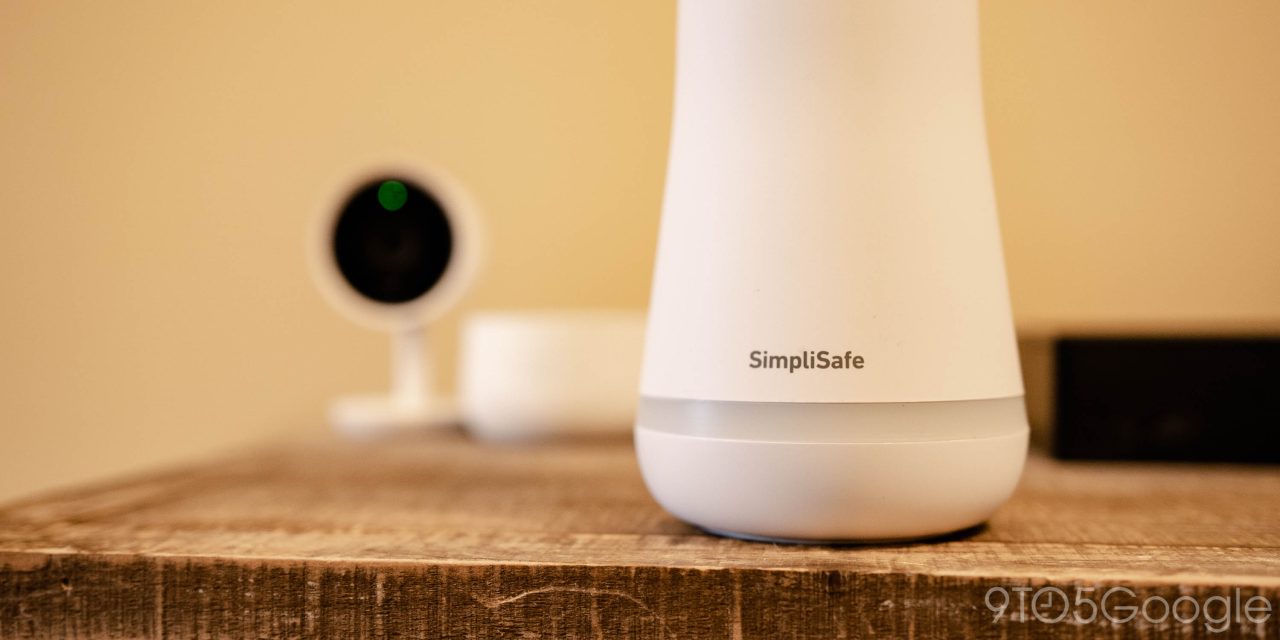 Home security is important in today’s day and age, but it’s something that’s unfortunately not easy in Google’s ecosystem. While Nest cameras go a long way in protecting your home, Google pulled the plug on its only true security system, Nest Secure, in late 2020 with no replacement. Lately, I’ve been spending time with a SimpliSafe Google Assistant-compatible home security system, and it certainly goes above and beyond filling that need.

SimpliSafe is designed to be a do-it-yourself security system, much like Nest’s attempt. The main difference, though, is that SimpliSafe takes this idea a big step further. Unlike Google’s old system, SimpliSafe has options for professional monitoring, even connecting to your local police and fire authorities for quick dispatch.

I’ve been using SimpliSafe’s “Hearth” bundle, which is a starter kit suited to a moderately sized home such as my own. It comes with a base station, keypad, remote, three entry sensors, a fire alarm, a motion sensor, and an extra siren too. It’s a pretty sizeable kit for its roughly $380 price tag (currently discounted to $290), and one that will easily suit the needs of most folks.

The SimpliSafe Base Station is the brains of the operation and the only thing you’ll need to connect to the internet. After that, SimpliSafe’s app makes pairing sensors and other devices pretty easy. Pairing a door sensor takes quite literally seconds, which was a far better experience than my old Nest system provided. SimpliSafe’s door sensors also outperformed Nest’s (which I left installed side-by-side) in all three of my test locations as far as reliably pinging the Base Station. The one downside, in my book, is that these sensors don’t double as motion sensors. But even without that, the functionality is solid, and the sensors are cheap enough ($15 each) to where putting sensors on windows isn’t prohibitively expensive.

Other sensors I was able to use include the motion sensor, which mounts to a wall to detect motion when the system is armed. The sensor works well enough, and I was actually quite impressed with how it was able to handle my two dogs. Where my older Nest system constantly had false alarms if my dogs walked into the same room together, SimpliSafe’s motion sensor was never tripped by the two of them. I did have to mount the sensor low on the wall (around 4ft) to ensure no false alarms, though, which was a bit difficult to find a decent spot for.

Perhaps the addition I was most happy with was the key fob, which is used to remotely arm or disarm the system from outside of your home. This turned out to be an absolute favorite of my wife and I, as it meant we didn’t have to pull out our phones to arm the system as we left home.

Beyond your phone, the primary interaction with SimpliSafe is with a keypad. The device is designed to be wall-mounted and has a full keypad for disarming the system, and buttons to easily arm the system for home or away modes. As you’d expect, the system also supports guest codes, which is always great to have. Notably, both the keypad and the keyfob have a “panic” button which could be used silently in the case of an emergency.

What can a SimpliSafe system do with Google Assistant? The list is admittedly pretty slim. You can arm your home security using just a voice command or check to see if the system is actually armed. You can also easily add this command to a Google Assistant routine. There’s no support for disarming the system – which is completely reasonable from a safety perspective – or interacting with any of the products. You can’t turn off a smoke alarm, or even view a camera feed. I asked SimpliSafe if there are plans to expand this functionality, but the company said there are no such plans currently. Cameras are blocked intentionally, for security purposes. Probably not the worst idea, given some other companies’ history, but inconvenient nonetheless.

The catch? SimpliSafe only integrates with Google Assistant if you’re willing to pay monthly. Specifically, you need to pay $27.99/month for SimpliSafe’s “Interactive” monitoring plan. That’s not to say that you’re not getting a good value for the monthly cost. SimpliSafe’s fairly affordable plans offer genuine monitoring and can even dispatch fire or police, which is great! It does add some additional work to set up – I had to obtain a permit from the city I live in to have the alarm, which only added to setup complexity. It really comes down to what you prefer. If you just want an alarm with a siren, SimpliSafe may be a bit overkill.

The performance of SimpliSafe’s monitoring is absolutely stunning, though. I’ve thankfully had no need to test an actual break-in scenario, but the fire alarm included in the “Hearth” bundle I’ve been testing worked wonderfully. A bit of burned food while cooking dinner triggered the fire alarm, which I was able to turn off from my phone – so much better than trying to find something to reach my other, ceiling-mounted traditional fire alarms. Seconds after that, SimpliSafe had called me on the phone to see if everything was alright and if emergency services needed to be dispatched, and they were super easy to talk to about what had set off the alarm.

The Interactive monitoring plan can improve the process even further, as any SimpliSafe cameras (which are not included with the Hearth bundle I’m testing) can be checked remotely by SimpliSafe to check in on things. Curious about the privacy aspect of this, I asked SimpliSafe about the conditions of monitoring camera feeds, and the company told me that its staff only accesses cameras if your sensors are tripped, and can only access one hour’s worth of footage around that alarm, and all of this requires that you opt-in to that process in the first place.

Is it worth it? It’s a tough call. Home security is important, and traditional systems can get pricey quickly. SimpliSafe is affordable, easy to use, and has features that matter. Plus, it has a great ecosystem. I’d say the only two major flaws are, firstly, that SimpliSafe Google Assistant integration is bare-bones, and second, that you are required to pay nearly $30/month to get that simple feature in the first place. In my book, Google Assistant integration should be free, especially if it’s just turning something on. But if you genuinely need home security, this is still one of the easiest and most affordable ways to do so. By comparison, ADT’s monitoring packages start at SimpliSafe’s maximum monthly cost.

You can buy a SimpliSafe system here. There’s a 60-day trial period with your purchase and a one-month trial for monitoring.

Just mere hours after I posted this piece, we really got a chance to put it to the test. While cooking, our dinner caught fire while briefly unattended, with SimpliSafe’s quick phone call notification making me aware of what was happening so I could calmly resolve the situation. This exact incident had a very slim chance of doing any actual damage to our home, as the fire burned itself out seconds later, but it really did show the value proposition of SimpliSafe’s monitoring.

On the other hand, it did show me that the app isn’t always 100% ready for an emergency. A few hours later, some residual smoke tripped the alarm a second time at 3am. I got a call and was able check into the situation, but the SimpliSafe app on my Pixel was refusing to disarm the system, as it triggered both the fire alarm and the burglary motion sensor. The alarm system worked wonderfully, but it was a bit frustrating to have difficulty turning off a blaring siren just moments after being abruptly woken up and on the phone with monitoring.

Pros and cons aside, though, SimpliSafe’s value proposition is clear. In the right circumstances, it would give you the time to save your home or evacuate it.