Google Home Essentials: Smarter iKettle lets the Assistant put on some tea for you 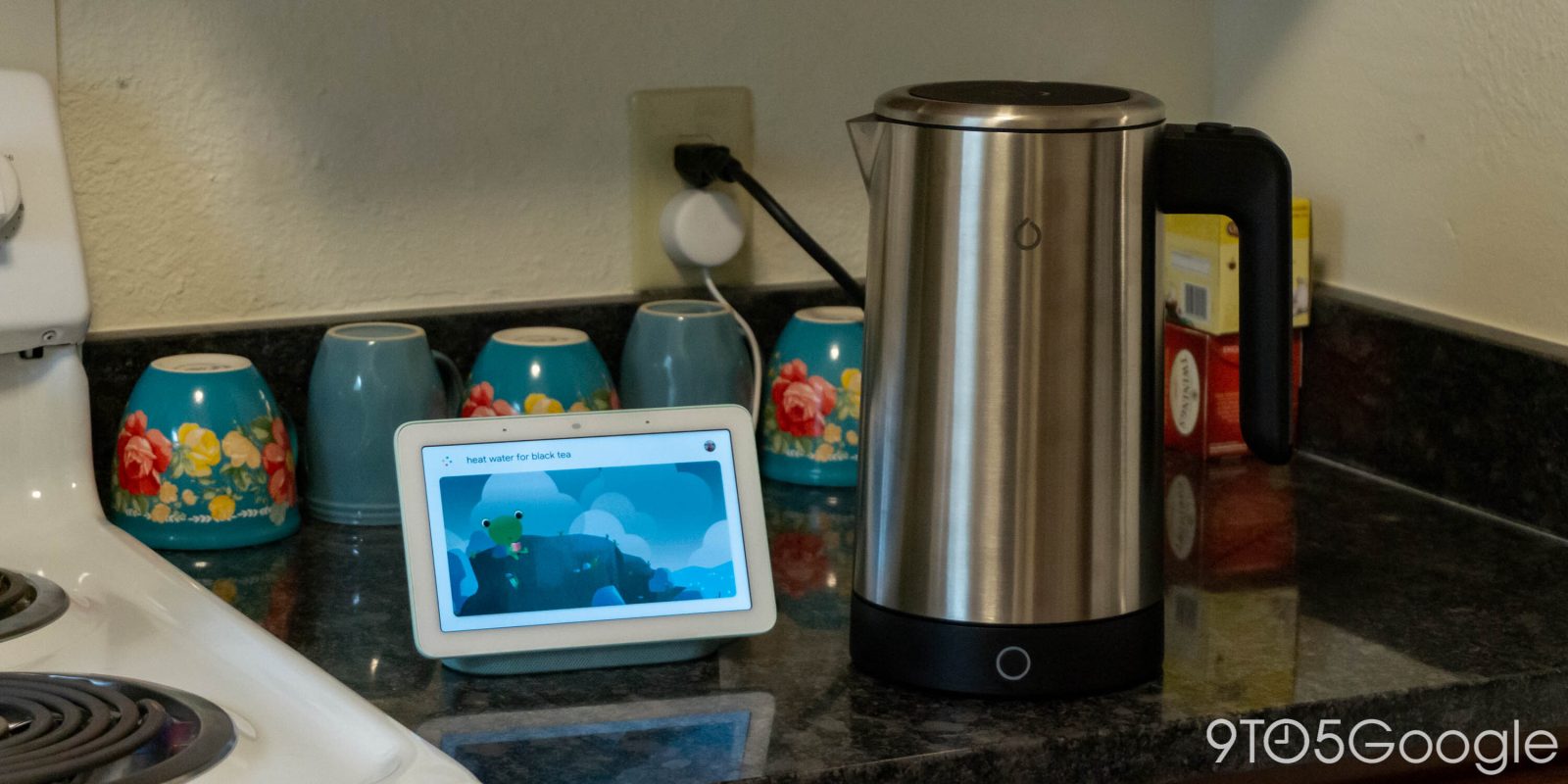 There’s no easier way to screw up a good cup of tea than to use water that’s too hot and burns the leaves. While electric kettles have long saved the day in that department, Smarter’s iKettle and its Google Home / Assistant integration make it easier to craft that perfect pot of tea or french press coffee.

For all intents and purposes, the third-generation Smarter iKettle is an electric kettle with adjustable temperature, though you wouldn’t be able to tell that just by looking at it. The heating base has a simple on/off button and little else. Instead, all of the “smarts” — remote on/off, temperature control, water level indicator — are in the official Smarter app.

Flashy, and not in a good way

The strangest part of the iKettle is the process through which it’s set up. What you’d normally expect from a smart device is to either type the Wi-Fi information on the device itself or pair it to a phone via Bluetooth.

To set up the iKettle, you’re asked to plug in the base and enter your Wi-Fi information into the Smarter app. Next, you’ll need to locate a blinking light on the underside. In this area, Smarter has hidden a light sensor. You’ll then tap a button and quickly put your phone over this light sensor. After a few seconds, pulses of white light will transmit the connection information to your iKettle, a process they call “Blink Up.”

To its credit, this process worked on the first try, but it seems bizarre to use a connection method that requires an app to show prominent epilepsy warnings. I’d love to see Smarter switch to a Wi-Fi-based setup flow, similar to Google’s speakers, or a Bluetooth one, but considering this should be a one-time process, I understand why it might not be a priority.

Another quirk to be aware of is that the third-generation Smarter iKettle still requires your network to have a 2.4GHz signal, not just 5GHz. That said, while my home Nest Wi-Fi system doesn’t actually let you split the two, the iKettle was able to connect just fine with no adjustments.

Precisely hot water in a flash

Once connected, you’ll handle your day-to-day kettle needs through the Smarter app, which offers a simple thermostat-like interface showing the current water temperature and the one you’re seeking. Simply drag your finger along the arc to your preferred temperature and tap “Start” to get heating. While everyone has their preferences, I would have liked to see the app offer some presets for common drink brewing temperatures.

With a single tap of the temperature, you can also switch the app to show Fahrenheit instead of Celsius. In the settings, you can choose how long the iKettle should keep your water hot, with options out to 40 minutes.

Elsewhere in the Smarter app, you’ll find a few extra modes that really try to put the “smart” in this kettle. For parents, a “Formula” mode heats your water to a full boil for safety then cools the water down to your desired temperature.

“Wake Up” mode seeks to replace your phone’s alarm clock with its own, allowing it to turn your kettle on to prepare tea/coffee right when you plan to awaken. Meanwhile, the “Home” mode senses, with your phone’s location, when you arrive home in the afternoon or evening and turns on the kettle automatically. Admittedly, both of these feel like gimmicks rather than smart home features, but they surely have their audiences.

As for the iKettle itself, it can hold up to 1.8L of water and bring it all to a boil in a few short minutes. And as is the case for most electric kettles, the heating process makes a good bit of noise, though easily ignorable. What doesn’t quite make enough noise is the kettle base, which plays a small chime when starting the kettle and another when it’s reached temperature. I’ve missed the chime on a few occasions in the last few weeks.

From a safety standpoint, the iKettle is doubly prepared, with the app informing you of your current water level ahead of time. Should that fail or be out of calibration, though, there’s also a separate safety to prevent you from boiling dry.

My only minor complaint about the iKettle’s physical design is that it’s hot to the touch. While it’s easy to pass this off as “of course it’s hot, it’s a kettle,” it would have been nice to use a double-wall design to reduce the exterior temperature.

Once the iKettle has been set up in the Smarter app, you’ll need to go through a separate workflow to get it added to your Google Home and talking to the Assistant. The short version is that you’ll need to open the list of apps that offer Google Assistant integrations, search for Smarter, and log in to sync your iKettle. Cleverly, your new smart kettle is automatically added to your kitchen if you have one designated in the Google Home app.

Here’s where things get a bit interesting. Smarter, being a UK-based company, sensibly measures temperature in Celsius, which is fine for most of the world. But as a US resident not spoiled by the simplicity of Celsius, I at first expected to be able to say, “Hey Google, set the kettle to 195 degrees.” When this failed, I realized it may finally be time to learn the ways of Celsius.

“But wait,” I thought, “there must be a better way.” And there is! In the Google Home app, you can set up custom routines for the Assistant to perform when asked. Knowing there are only a handful of things I use a kettle for — french press coffee, black tea, and green tea — I set out to create a routine for each of them.

As you can see in the screenshots below, I can say something like, “Hey Google, heat water for black tea,” and it will heat the water to the correct temperature of 208 degrees Fahrenheit without me needing to memorize the corresponding Celsius temperature of 98 degrees. Of course, you can also work the Smarter iKettle into any other Google Assistant routine as you see fit, such as turning on when you say, “Hey Google, good morning.”

However, the Google Assistant integration isn’t perfect. The Google Home app doesn’t offer an on-screen way to set the temperature, nor can it show how much water is left in the iKettle, both of which are easily handled by the Smarter app.

All in all, with just a few minutes of setup time, the Google Assistant has made the Smarter iKettle, well, smarter. Once it was set up with Google Assistant routines, the iKettle went from being “awkward but cool” to an essential gadget for my smart kitchen and the only way I make tea.

In the United States, Smarter only offers the iKettle in its standard stainless steel finish. This model should blend into most kitchens and is available on Amazon and direct from Smarter. In the UK and EU, Smarter offers a few sleeker matte “Monochrome” models with a more modern look. However, the iKettle’s $128 retail price is not for everyone.