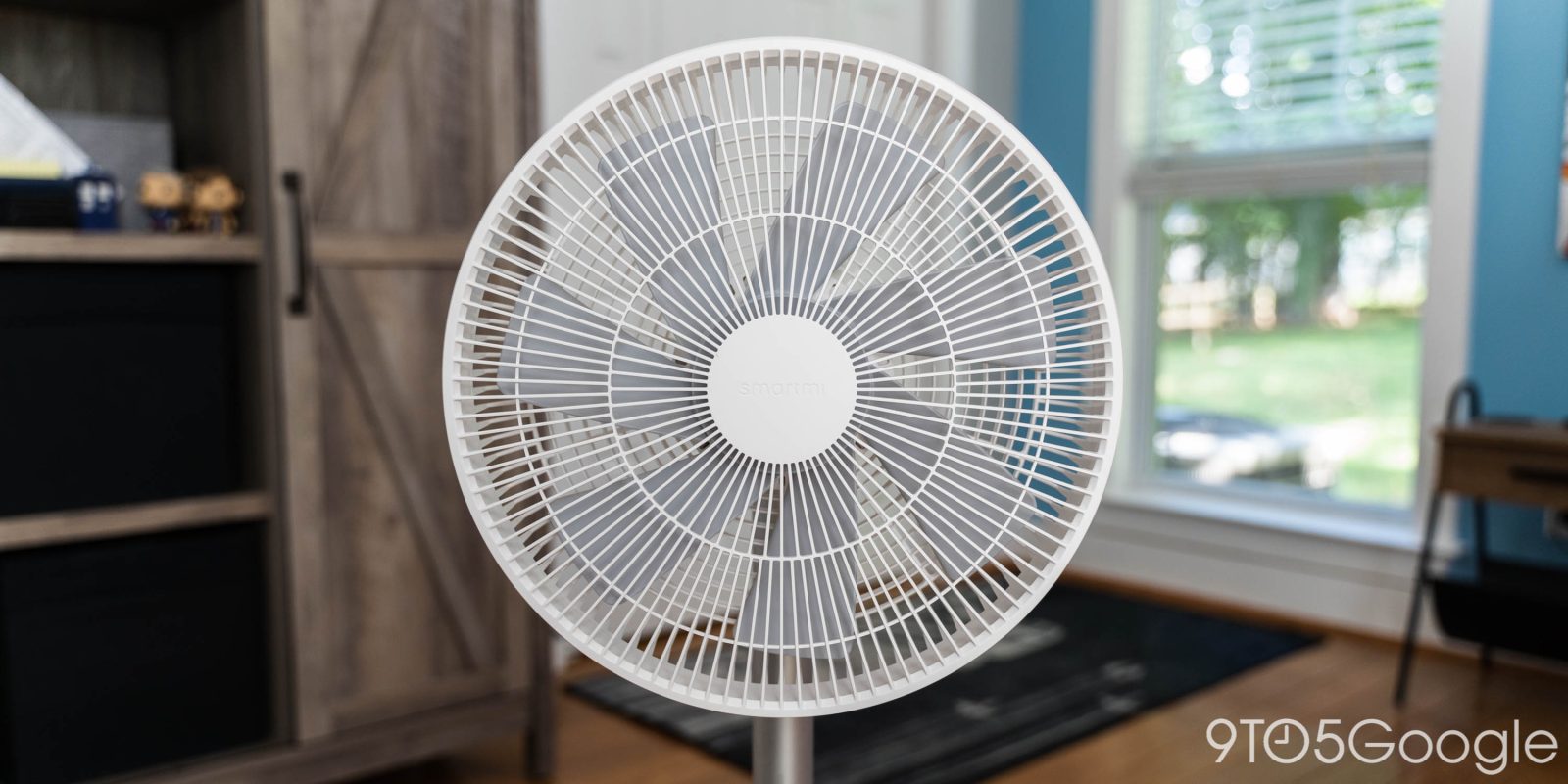 As summers just keep getting hotter, most of us are looking for ways to cool down our homes conveniently. While you could pick up something like a Nest Thermostat or Ecobee to do that job, sometimes something as simple as a standing fan does the job. I’ll raise you one better, though. How about a standing fan that you can control with Google Assistant and use with battery power?

The SmartMi Standing Fan 3 is another in the long list of Xiaomi-backed smart home products that really thinks outside of the box when it comes to utility. A typical oscillating fan is a pretty simple and time-tested product, but this version is the first I’ve ever seen that actually feels like it’s doing anything useful that justifies paying more than you would for one at a typical supermarket.

As with everything else in our Google Home Essentials series, this starts with integration with the Assistant. The Standing Fan 3 offers up Wi-Fi support that allows controls from both your smartphone and any Google Assistant speaker nearby. The setup process can be handled in the Mi Home app or the SmartMi app. In any case, it’ll be using a Xiaomi account to link to the Google Home app. SmartMi’s public instructions on linking the Standing Fan 3 to Google Assistant is fairly poor, so here’s how it works. First, set up the fan through Mi Home or SmartMi. Then, link your Xiaomi account through the Google Home app using the “SmartMi Family” integration. After that, the fan will show up in your Google Home app alongside lights, vacuums, and other devices.

The Mi Home app is where you’ll get the best overall control for the Standing Fan 3. There, you can control the speed with exact increments, adjust the angle at which the fan oscillates (between 30 and 120 degrees), change the direction, set a child lock that turns off the physical buttons and the included Bluetooth remote, as well as set timers and use other features. The onboard temperature and humidity sensors on the fan can also be used within the app, though notably, they can’t use imperial units if you’re looking to buy in the United States. The Mi Home app also offers automation that can be based on the temperature, which is pretty neat, if I do say so myself.

Options in the Mi Home app

Controls for the Standing Fan 3 through Google Assistant, of course, aren’t nearly as extensive as the app, but the important bits are all in place. You can toggle power with a simple command or through the Google Home app. Further commands are also available for fan speed, “windmode,” and oscillation.

Options in the Google Home app

These commands are a little tough to remember, though, so here’s a quick list of the commands that hit each core function.

To clarify these modes a bit, “Standard” mode is where you’ll get the most power, and in turn, the most noise. “Natural,” on the other hand, is designed to cut down on noise and effectively make the fan almost silent. In either mode, there are four stops for speed.

Of course, this all means nothing if the fan itself isn’t good. On that note, I think it’s a bit of a mixed bag. This product is definitely on the smaller side that inherently means it can only push so much air at once. It pushes more than enough to keep a room comfortable, but in extraordinarily hot climates it might not do quite enough. It’s really best viewed as a supplement to cooling rather than a sole source.

That said, the small size has its advantages. It’s easy to move to any room in your house on a whim and it’s almost at a perfect height to cool down a bed. The head of the fan can be tilted up or down 40 degrees to adjust the flow of air, but the pole it’s standing on can’t be raised or lowered from its 38-inch height.

The biggest selling point for me, though, is the built-in battery. SmartMi claims 20 hours of running time from a single charge. I didn’t directly test that figure, but based on my tests it seems like a reasonable expectation if you’re not running the fan at full speed/oscillation the entire time. That length of time makes the battery power legitimately useful, too, as this could help keep a house cool(er) during a summer blackout or would be useful while camping. The fact that the battery is only 2,800 mAh, too, means it could easily be recharged off a car battery or larger power bank. I think the only flaw here is that an outlet is required to charge rather than something easier, like USB-C.

In the end, though, this all comes down to what you value and what you’re willing to pay. $139 is a lot to ask for a standing fan, Google Assistant integration or otherwise. That said, it’s a product you won’t find from many companies, much less in a design that looks this nice or with an app that works this well. Personally, I find the battery feature alone a hugely attractive feature that, combined with Assistant and app controls, makes the price worthwhile.

You can buy SmartMi Standing Fan 3 from Amazon in the US, and at the time of publication, it’s being offered with a coupon that cuts the price considerably.