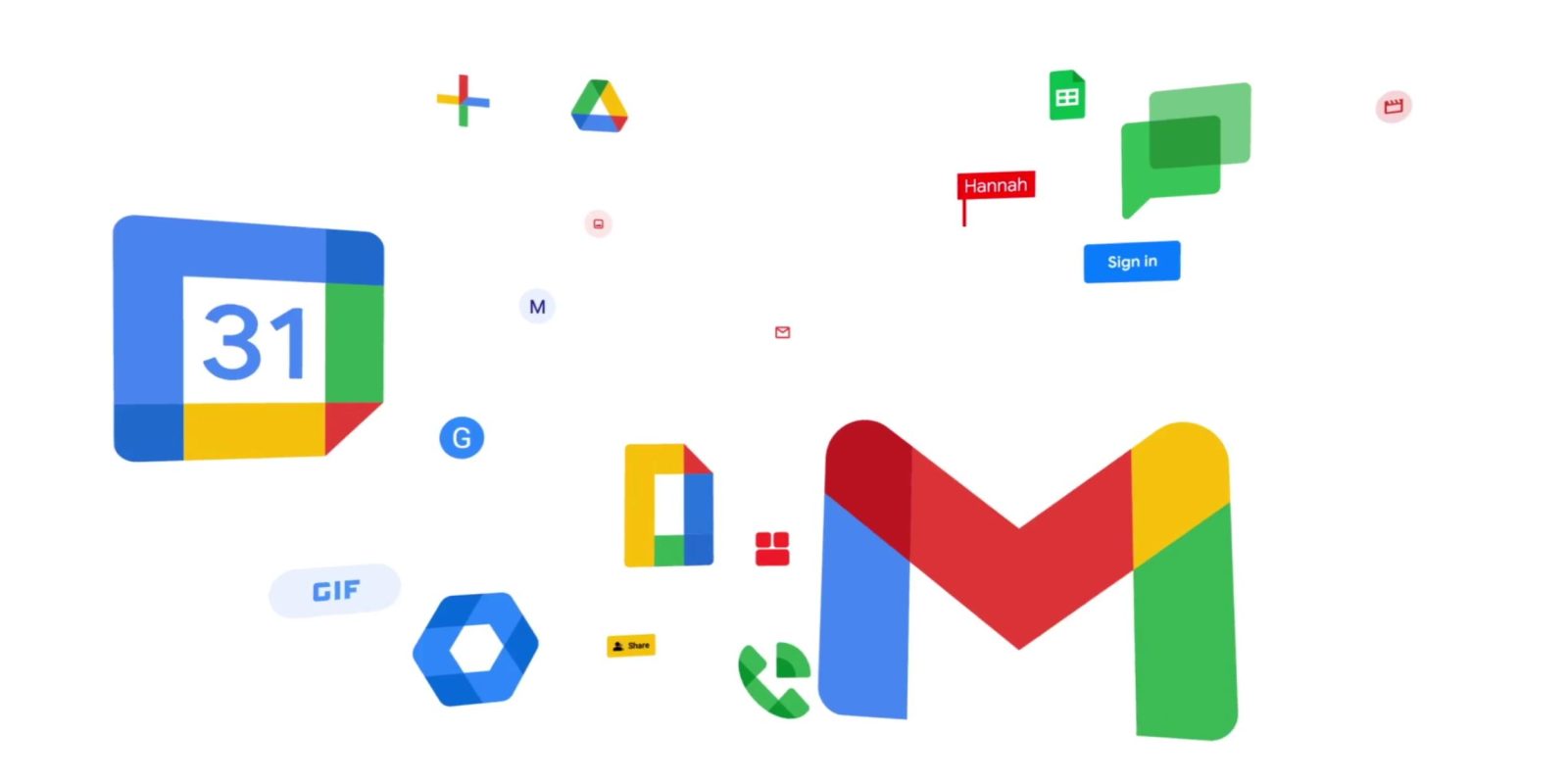 The past few months have brought a flurry of changes to Google’s productivity apps. Some of the revamps were brought on by the COVID-19 pandemic, while others have long been in the works. The culmination of those changes is “Google Workspace.”

It’s both the new name of G Suite and a complete modernization of the company’s productivity offerings that reflects how work is increasingly getting done.

The road to Google Workspace

COVID-19 continues to be the catalyst behind some of the many changes in 2020. At work, communication is primarily, if not fully, virtual due to the move away from offices and rise of working from home. Google already had Hangouts Meet, but it became just Google Meet in April.

Google started by making premium features available to all G Suite customers, but then introduced a free version for the public to capitalize on Zoom entering the cultural lexicon. Besides making the service open to anyone with a Gmail account, it’s aggressively adding functionality from background blur and noise cancellation to virtual whiteboarding. It also added a very consumer-friendly Nest Hub Max and Smart Display integration. Google is particularly adding many new features that schools and education customers need for distance learning.

Meanwhile, Google’s second big act for 2020 is making Gmail an integrated workspace. It started with Google Meet being integrated into web Gmail, and then Android and iOS. There is now a dedicated tab to see your upcoming calls and quickly start new ones.

In July, Google took this a step further by announcing that Chat and a revamped Slack competitor called Rooms was also coming to Gmail. Furthering the one-stop-shop for work is the ability to edit Docs right in Gmail so that you can collaborate and talk at the same time.

What is Google Workspace

That brings us to today’s announcement. The collective name of the company’s productivity offering is now “Google Workspace.” This might just seem like a rebrand of apps and features that have already been announced, but this is a serious step towards Google modernizing its work platform.

Unsurprisingly, there’s a lot in the new name.

G Suite — and Microsoft Office — were made for a different era and that’s very much reflected by those brands. Google Workspace head Javier Soltero points out how both connote being in a very traditional box where work is done in an office building.

That is clearly no longer the case in 2020 with so many people working from home, and relying on the web to communicate and be productive.

The new “Workspace” moniker conveys a sense of mobility, and how work can increasingly be done anywhere.

That being said, having the ability to be productive anywhere doesn’t mean that you should work all the time. Google is being considerate of that fact with the new Gmail featuring out of office notices and do not disturb to help manage time.

However, the real way Google Workspace wants to manage your day is by saving it and letting you get everything done in one window. This development flew under the radar over the summer, but the new Gmail puts all of Google’s key communication tools in one app. Email, instant messaging, and video calling are now side-by-side. You no longer have to decide what app to open or navigate to, and can just click in Gmail for the right tool.

As part of simplifying work, an upcoming feature will let you create a new document right from Chat, and let others outside your company edit. Meanwhile, Meet picture-in-picture is coming to Docs, Sheets, and Slides for real-time collaboration.

Another added convenience is being able to very quickly preview a file linked in any document. Available today, hovering over a linked Slides file will open an inline window to move page-to-page. After making an @mention, a smart chip can show contact details and suggested actions.

Google Workspace makes some changes to the old G Suite pricing structure, but that won’t be felt by frontline workers. Rather, the takeaway for those end-users is that this is the same set of Google tools that they’ve used in their personal life. Rebrands, especially for Google, can sometimes be stark, but overall Google Workspace is not meant to be disruptive for the people using these tools day in and day out.

You will notice new four-color icons for Gmail, Meet, Calendar, Drive, and Docs in the “coming weeks.” Meanwhile, the new Gmail with Chat and Rooms is now available for all paying customers today.

With that, Google announced a new pricing model for G Suite that no longer sees small businesses and large enterprises having to use the same three tiers. Rather, Google now has editions for each, while current contracts are not changing today.

Small businesses with under 300 seats can sign-up for: Business Starter ($6/user), Business Standard ($12/user), and Business Plus ($18/user). The first two pricing tiers are unchanged from the previous Basic and Business plans, while the third is brand new and aimed at SMBs that want “more advanced capabilities”, but “do not need the entire enterprise-level offerings.”

Google is also offering Essentials ($8/user) for “teams and departments” that want Meet, Drive, or Docs, but want to keep their current email and calendar system.

Larger companies will benefit from “additional productivity features, enterprise-grade administrative controls, and our most advanced security and compliance capabilities.” Pricing and purchasing is available by contacting Google’s sales team or partner network.

Lastly, Google Workspace — primarily the new Gmail and deeper integrations between services —  will be available to regular users with free accounts in the “coming months.” The current focus is on the enterprise, but Workspace and its vision of how people will get things done moving forward is meant for everyone from free accounts to education and non-profit clients. In the short term, the company doesn’t want to burden regular, free users with the exact same product that includes enterprise features that they won’t need.