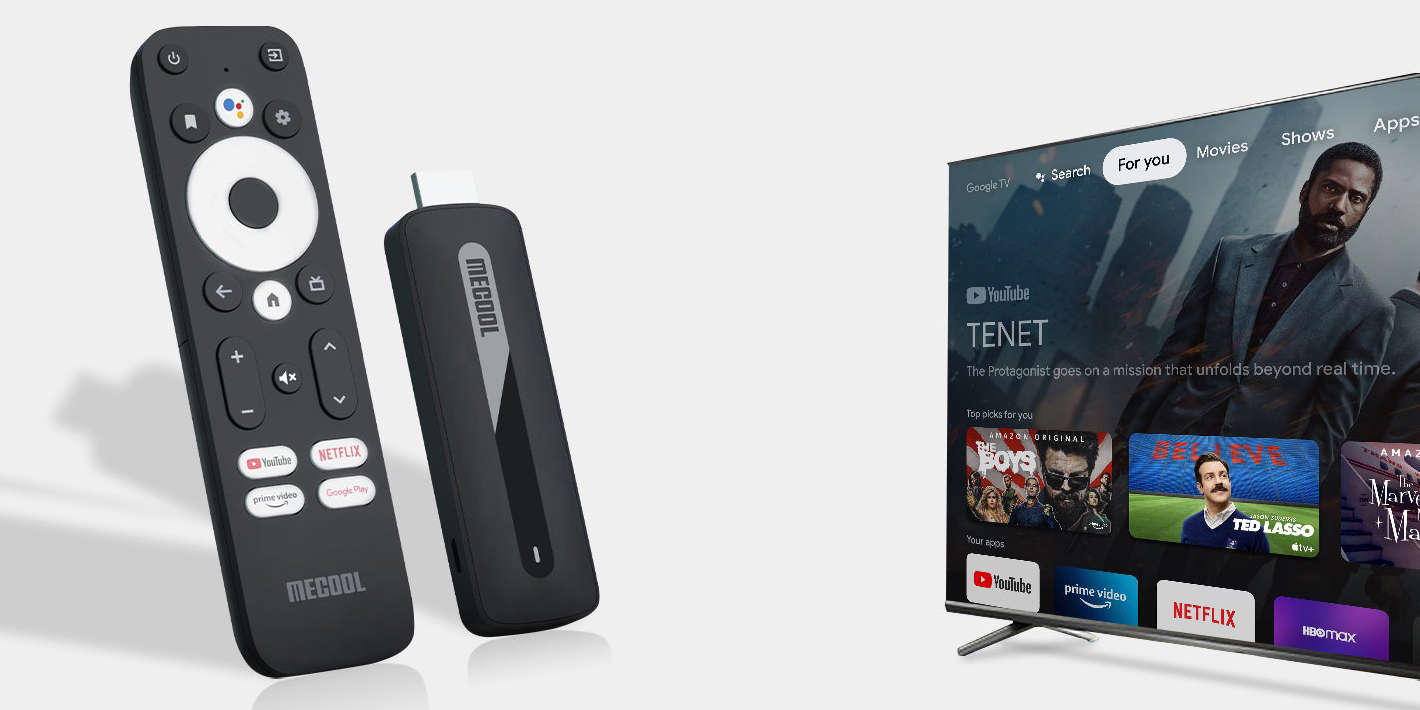 Google TV has shown up on a lot of full-size TVs, but very few streaming sticks and boxes. This week, little-known Android TV partner Mecool has announced its first Google TV streaming stick in the KD3, but it has the same unfortunate Achilles’ heel as Google’s device.

The Mecool KD3 is a device that adopts the true streaming stick form factor, with built-in HDMI output off of the hardware. The 4K streamer is a pretty basic model, akin to Google’s own Chromecast.

Update 4/20: A few months after being initially announced, Mecool has opened up sales for the KD3 streaming stick globally, including for interested buyers in the United States. In the US, the dongle can be had for $63 from Mecool’s online store, or for $79 if you’d prefer to buy through Amazon.

We have a Mecool KD3 on hand, so stay tuned for our full review soon!

Under the hood, it packs 2GB of RAM and 8GB of storage. That’s plenty to run Google TV effectively, but it also means Mecool’s device will run into the same app install limits that have been so frustrating on Chromecast with Google TV. There are some upsides, though, such as the use of Android TV OS 11 as the base – Chromecast is still on Android 10 – as well as the use of an Amlogic S905Y4 chip that supports AV1 decoding. Plus, the KD3 uses the same remote reference design from Google that we loved so much on Walmart’s streamers.

Unlike a lot of Mecool’s other devices, too, this one is certified for both Netflix and Amazon Prime Video. But another negative point is the lack of support for Dolby Vision HDR, with only HDR10 and HLG formats supported.

Unfortunately, given its storage and microUSB choices, this seems like it’ll be a hard one to recommend in a world where Chromecast with Google TV and Walmart’s Onn lineup exist, but we’ll have to wait for final pricing to make any real judgment. At the very least, it’s great to see Google TV showing up on more devices.

When the Mecool KD3 goes on sale next month, you’ll be able to order it here.