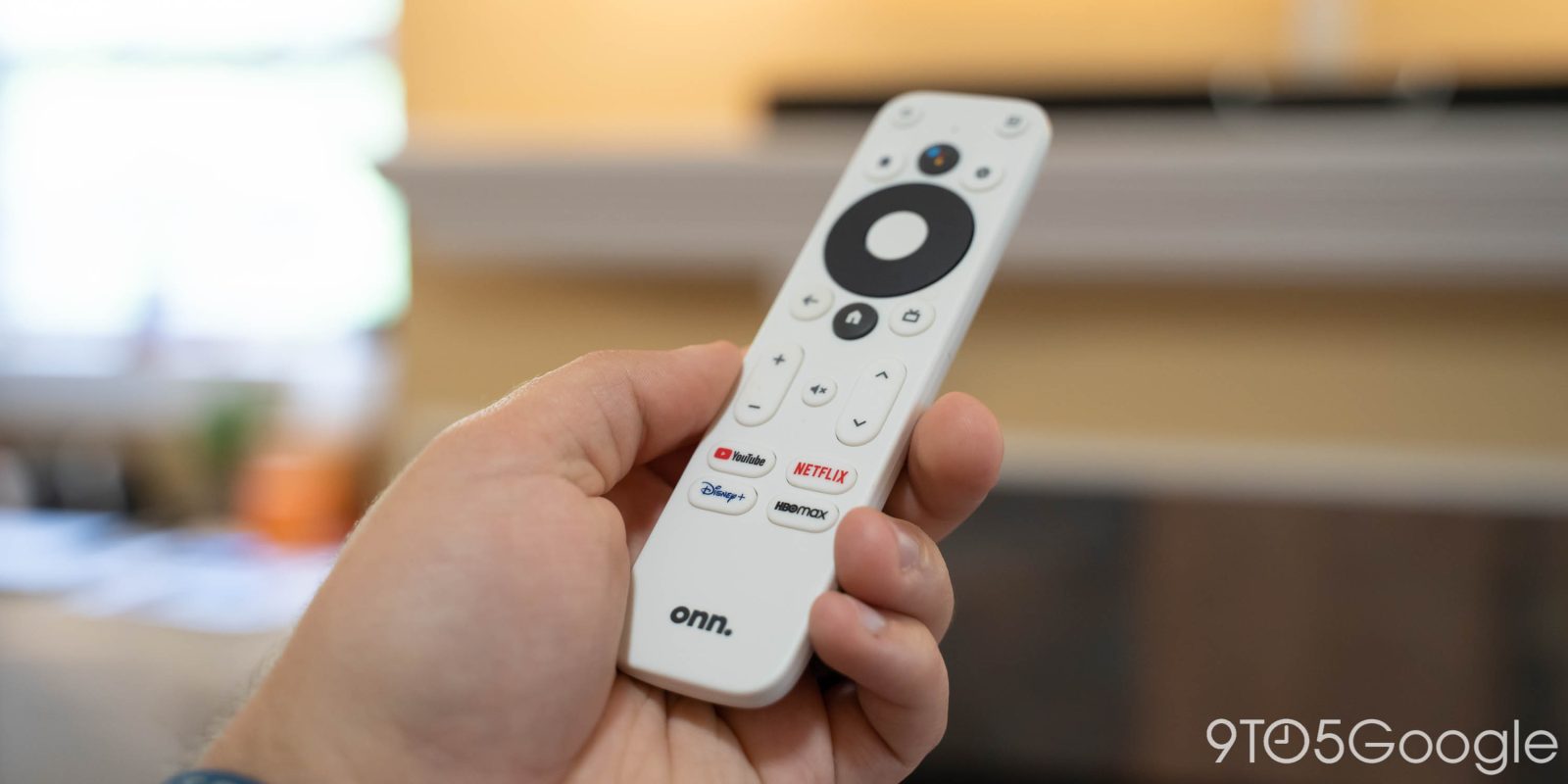 Google’s Android TV platform has been around for nearly seven years, but it’s only taken on traction in the past two or three. The reason? Primarily, hardware has been hard to find and, more specifically, affordable hardware. That’s why the Walmart “onn” 4K streaming box is so important — it’s one of the most affordable Android TV devices to date.

Barebones hardware with a great remote

With a price tag that undercuts everything else that’s been released to date, surely there are cost-cutting measures on Walmart’s streamer. And yes, there definitely are, mainly in the hardware department.

The box itself is made from a cheap plastic that almost feels 3D-printed. The design itself is not awful, though. There’s an HDMI plug (and a cable included in the box) with a microUSB port on the opposite side. The included power cable is as cheap as could be, too, but it gets the job done just fine. A single button is on the side of the device, but that’s only used for manual reboots and other troubleshooting measures such as recovery mode.

As mentioned, the build quality leaves a lot to be desired, but that doesn’t really matter. This is a device that, hopefully, you’ll just plug in and forget about it, only interacting with a remote on a daily basis.

The good news there is that the remote is nothing short of excellent.

Using the G10 reference design made by Google in part, it’s a pleasure to use. The buttons are tactile without making an audible click and the layout is comfortable in the hand. The D-Pad isn’t right up along the edge and the navigation buttons below are thoughtfully placed. Along the bottom are shortcuts for YouTube, Netflix, HBO Max, and Disney+. For once, it’s a lineup where nothing really feels wasted. These are some of the most popular services out there today and, for the most part, a lot of people buying this device will use/subscribe to three out of the four. The remote is powered by AAA batteries and, in my testing, wakes the device reliably without much fuss.

The other place where costs are often cut on a streaming device is with the specifications under the hood. While the Walmart “onn” 4K streaming box isn’t exactly an Android TV powerhouse, it’s more than up to the task. This device uses the Amlogic S905Y2, a pretty standard chip for Android TV devices that handles 4K HDR without issue and runs the UI and most apps just fine. It did trigger HDR10 on my Vizio TV, but Dolby Vision is not supported. Paired with 2GB of RAM, I found that performance on Walmart’s box was on par if not sometimes better than the $50 Chromecast with Google TV, but it certainly wasn’t up to the standard of the Shield TV.

Storage will probably be a point of concern for many. While 8GB of onboard storage is enough to house most streaming services and their associated cache, it’ll quickly be bogged down with any games that aren’t streaming from the cloud. Since microUSB is used for power, too, there’s no easy way to expand storage with a hub and there’s no SD card slot either. 8GB is pretty much what you’ll be stuck with, and, if the Chromecast is any example, it’s an allotment that many users will fill up in less than a year.

On a related note, Stadia is officially supported on this device, but testing on this product was completed before the app’s release. We’ll circle back for more on that in the coming days.

Walmart’s build of Android TV on the “onn” 4K streamer is pretty clean, too. You’ll get the most recent “Discover” homescreen within an hour or two of initial setup and there’s no real bloatware, just the usual suite of Google apps and streaming services. The only apps that cannot be uninstalled are Google apps, YouTube, Netflix, and Disney+. During setup you’ll be prompted to install other services linked to your account or promoted by Google, but again, a lot of it is optional or uninstallable. Walmart also ensured the device is Prime Video certified and other services, like HBO Max, Apple TV, and Peacock, can also be installed without issue. The box also uses the standard Android TV update method and only includes one additional app, a “Movie Player” for local video files.

You get what you pay for

It’s been mostly good up until this point, but I do have to say, I’ve had quite a few issues with this device in day-to-day use.

Most apps work completely fine and, as mentioned, the performance in using Android TV has been mostly brilliant. On multiple occasions I’ve had the box completely freeze up, ignoring input from the remote and requiring a manual reboot to fix. It’s not entirely clear what’s happening in these instances, but based on my experience it’s one of two things. The first possibility is that the system itself is freezing up, in turn making the remote’s controls be ignored. The other possibility is that the remote is unpairing itself, just making it appear as though the box is frozen when, in reality, it’s just not accepting input. What makes this hard to figure out for sure is that a freezing issue can come up at random on a static screen, showing a library for example, and stays in place for quite some time, over half an hour in one test. The problem was most common with HBO Max and Google Play Movies. I also noted it with Hulu, but less often. Peacock also had some quality issues on occasion, but I can’t directly connect that to the box. It could be either problem, but regardless it’s something Walmart needs to address.

We’ve reached out to Walmart for more information about these issues, but the company wasn’t able to provide a response in time for this review to be published, but engineers are looking into what might be wrong. It would also be nice to see Walmart updating the box regularly with security patches. With its first update, the box is running Android 10 with the April 5, 2021 security patch.

So, where does the Walmart “onn” 4K Android TV box fall? For $30, it’s a brilliant way to stream movies and TV shows on a budget, but it sits in a weird place. Looking at the Android TV OS marketplace, the $20 upgrade to the Chromecast with Google TV is a no-brainer. It has a solution, albeit not a great one, to limited storage and will see better commitments to updates. Not to mention it offers fantastic content discovery features. However, this box still has a place.

At $30, Walmart has created a genuine Roku competitor. This device will sit on physical retail shelves with a slightly lower price than Roku, but offers way more for that price. It competes with the Roku Express, a $30 streamer that doesn’t do 4K output, uses IR for its remote, and is notorious for being slow. Walmart has an uphill battle to compete with Roku’s marketing in its home market of the United States, but this is a fantastic alternative through and through that has almost no downsides.