TCL brings Google TV to its 4-Series lineup, currently starting at under $300 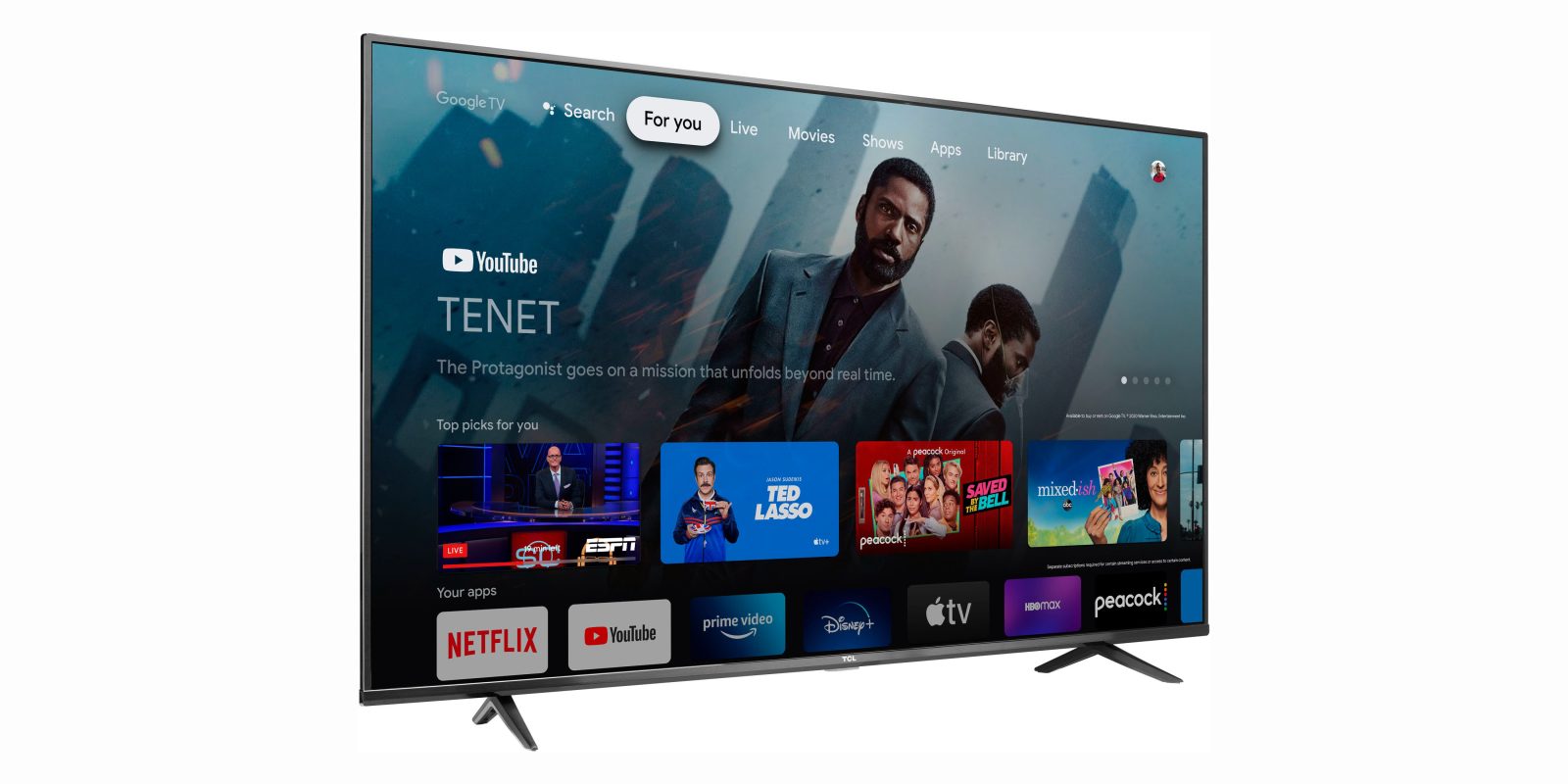 Google TV debuted on super affordable hardware in the latest Chromecast dongle, and now it’s inching its way to the most affordable TVs. TCL has just expanded Google TV to its 4-Series lineup, with prices currently starting at under $300.

The TCL 4-Series lineup is composed entirely of 4K UHD televisions which are designed to sit on the more affordable end of the spectrum but a step-up from the bargain bin models. In TCL’s case, that means stripping away high-end features such as HDMI 2.1, Quantum Dot display tech, Variable Refresh Rate support, and more. Perhaps the biggest loss would be the lack of Dolby Vision.

Despite those lost features, TCL’s 4-Series with Google TV appears to offer up a pretty similar experience compared to the higher-end panels. These models still have the far-field mics and mute switch needed to enable Google Assistant and “Hey Google” support without the remote. They also offer Alexa integration. Unfortunately, Best Buy and TCL’s own listings for these models don’t list the storage or other specs, so we can’t directly compare to the 5-Series and 6-Series, but those models have as much as 32GB of onboard storage.

TCL’s 4-Series includes three or four HDMI inputs depending on the size of the TV purchased and screen sizes ranging from 43-inches all the way up to 85-inches. Pricing starts at $349 for that smallest model – currently discounted to $279 – and goes up from there. TCL 4-Series Google TVs are available at Best Buy both online and in local stores.

Notably, TCL previously sold Android TV models at other retailers, including Target, but that does not appear to be the case with these latest models.

TCL’s 4-Series arrived around the same time as Best Buy reinstated the 5-Series and 6-Series TVs following their removal over slow performance and other issues.

TCL 4-Series Google TVs; prices and where to buy