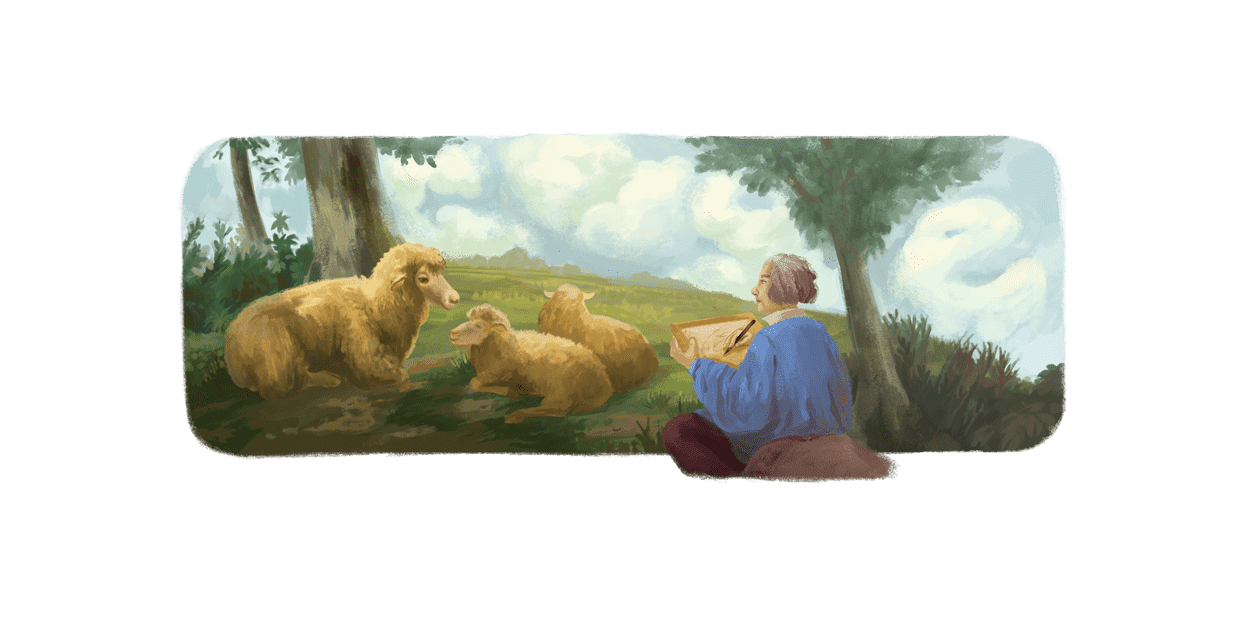 As part of Google’s ongoing celebration of Women’s History Month, today the search engine’s homepage logo has been replaced with a Doodle honoring Rosa Bonheur, a French painter who helped pave the way for women in the arts.

Rosa Bonheur was born on March 16, 1822 – 200 years ago today – in Bordeaux, France. The Bonheurs were a family of artists, with Rosa’s mother teaching piano, her father working as a painter, and her younger siblings becoming painters and sculptors.

Both at home and at school, Rosa Bonheur was not one to simply behave as a child was expected to. These difficulties made schooling difficult, with Rosa getting expelled multiple times.

Instead, the family took a different tack, with Rosa’s father, Oscar-Raymond Bonheur, took her under his tutelage to shape her talent for painting. At the time, it was still rare for women to be educated in the arts. Her classical, yet non-traditional education and the cultivation of her early love for animals were both crucial to her future potential.

After years of studying and practicing, Rosa Bonheur found enormous success in her realist style paintings, particularly with 1849’s Ploughing in the Nivernais – a depiction of oxen and farmers plowing a field – and 1853’s The Horse Fair – an eight-foot high, sixteen-foot wide painting of a horse market. The latter painting has been on display since 1887 at the Metropolitan Museum of Art in New York – itself a previous subject of a Google Doodle.

Bonheur’s paintings were appreciated across the world (including by Queen Victoria of England) in a way that helped open the door for other women to become artists. In addition to breaking this gender boundary, she was also quite open about her lesbian partnerships as well as her choice not to conform to the gender binary by wearing men’s trousers.

Rosa Bonheur died on May 25, 1899, in Thomery, France and was buried next to her partner, Nathalie Micas.

Today’s Google Doodle depicts Rosa Bonheur sitting down, sketching a group of sheep on a hillside. The scene is very clearly inspired by Bonheur’s 1865 painting, Sheep by the Sea. Of course, being a Google Doodle, the clouds in the sky have been shaped to spell out the word “Google.”