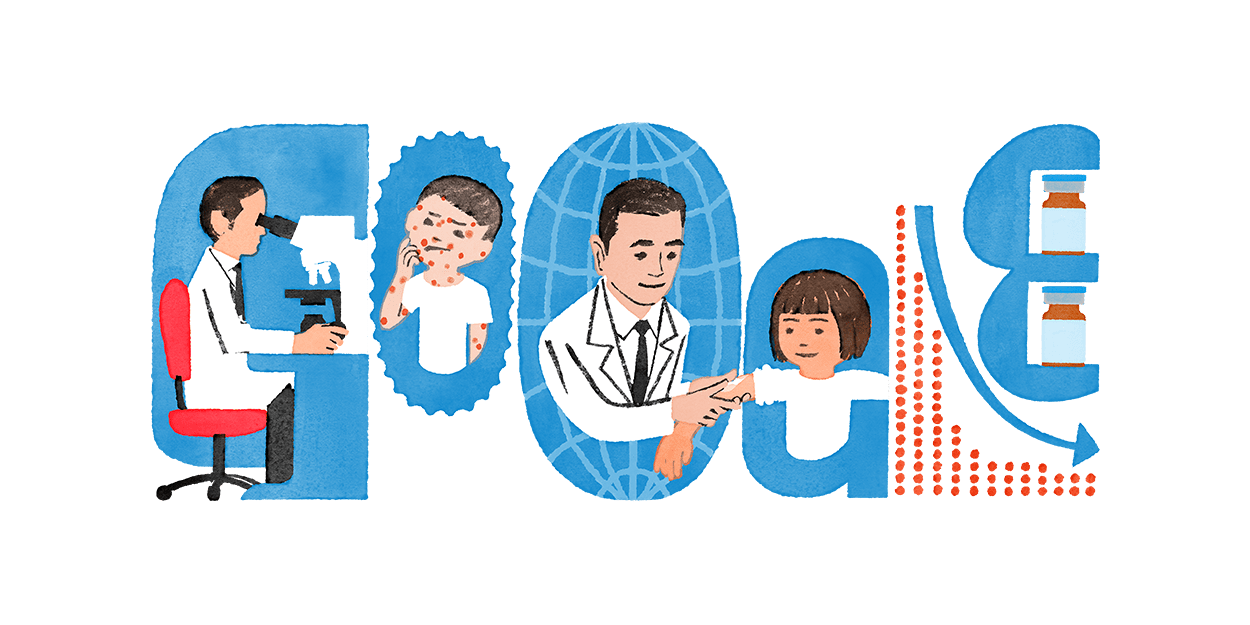 Today’s Google Doodle is a tribute to Dr. Michiaki Takahashi, the Japanese virologist who created a chickenpox vaccine which is still in use today.

Michiaki Takahashi was born on February 17, 1928 – 94 years ago today – in Osaka, Japan. After earning his degrees from Osaka University, Takahashi stayed with the university as part of its Research Institute for Microbial Disease starting in 1959. By this time, he had been specializing in virology.

In 1963, Michiaki Takahashi joined a research fellowship at Baylor Medical College in Houston. The next year, Takahashi’s son, Teruyuki, caught a severe case of chickenpox. While Teruyuki made a full recovery, having experienced the effects of that virus through the eyes of a parent, Takahashi proceeded to focus his full attention on preventing others from having to deal with the illness.

Returning to Japan in 1965, Michiaki Takahashi began the work of crafting a weakened version of the chickenpox virus. The core concept was to introduce this weakened virus into the body so that the right antibodies can be naturally produced by the immune system. Then should the real chickenpox virus ever be caught, the immune system would be quickly ready to fight off the disease.

Within a few years, Takahashi had managed to produce an early version of the vaccine that was ready for clinical trials. By 1974, the vaccine was completed and underwent thorough testing internationally. In 1986, this vaccine was distributed in Japan, making the country the first to offer a chickenpox vaccine approved by the World Health Organization. Pharmaceutical companies further developed Takahashi’s work, with their tweaks resulting in the chickenpox vaccine introduced in the US in 1995 and still in use around the world today.

To honor the works and memory of Michiaki Takahashi, Google has commissioned a homepage Doodle from Japanese artist Tatsuro Kiuchi. In a very brief interview with the artist over on the Google Doodle Blog, Kiuchi shares in a humorous way that he was not previously aware of Takahashi’s work.

Q. What were your first thoughts when you were approached about working on this Doodle?

A: Who is Michiaki Takahashi? I didn’t know this person.

The Doodle artwork itself offers six illustrations carefully shaped like the letters of “Google.” The initial “G” depicts Takahashi hard at work looking into a microscope. The first “o” shows a child with the telltale rashes of chickenpox, while the middle letters “og” show Takahashi applying a bandage to a child’s arm after injection.

The letter “l” shows the number of cases going significantly down after the vaccine was developed – down from over 4 million cases per year in the US before the vaccine. And the letter “e” is shaped like a shelf holding two vials of the chickenpox vaccine.