[Update] Hands-on with every official Pixel 6 case: Are they worth the price? [Video] 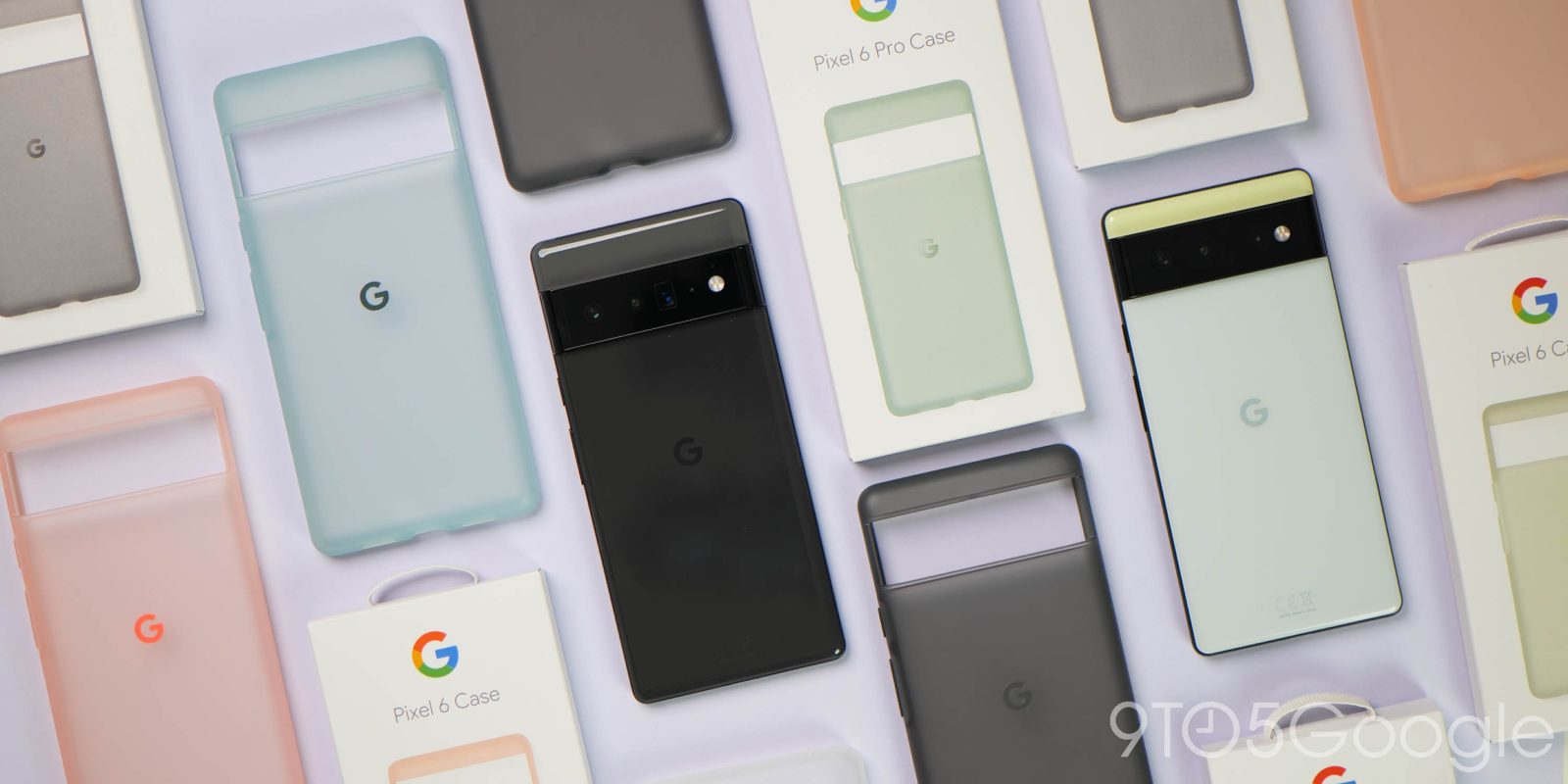 If you’ve picked up the Pixel 6 or 6 Pro, you might be looking for a case to keep your precious device protected. You’re also probably wondering if the official Pixel 6 cases and covers are worth it.

At $29 per case, the price is steep but still cheaper than the classic fabric options. However, like any official case, this should mean a few things. Firstly, a more precise fit. Secondly, a better device aesthetic. To help work out if this is the case, we’ve tested all of the official cases in every color to better determine if they are worth almost $30.

[Update 05/26]: Recent reports of discoloration and yellowing of the official Pixel 6 case lineup only cements our opinion that Google’s first-party covers and accessories are not worth the $29 asking price. We have collated a list of some of the best third-party cases, with many coming in at much lower price points and do not suffer the widespread issues that many Pixel 6 owners are encountering. You can see an example of this issue with the Google Store exclusive “Golden Glow” model below:

Alternatively, we suggest that if you are intent on buying a first-party official case, you opt for the “Stormy Sky” color variant. This color appears to be less susceptible to discoloration and yellowing, but there you may still encounter warping over time — which is sometimes common with TPU and silicone cases.

As part of Google’s continued efforts to increase the usage of recycled materials on, in and as part of devices and accessories, the packaging is a stripped-back affair on the Pixel 6 and 6 Pro official case lineup. There is very little in the box, not that there needs to be:

Save each case, you should be able to recycle the cardboard packaging once you have removed the fabric loop from the top of the box and any adhesive stickers. Overall it’s simple but effective as we’re not here for the box now, are we?

You can pick up the official Pixel 6 cases in three distinct colors including: Stormy Sky, Light Rain, and Cotton Candy. The Pixel 6 Pro gains an extra color and can be picked up in: Stormy Sky, Light Frost, Soft Sage, and the Google Store-exclusive Golden Glow.

You can pair your phone with a color-correct case or because each case is not quite clear, just grab the muted Stormy Sky color if you simply do not care what your phone looks like. Our advice would be to grab a case that matches your phone as closely as possible as it definitely looks more appealing and feels more cohesive.

While there is a frosted finish, this doesn’t add a tactile feel as each case feels quite “slick” when in your grasp. The polycarbonate chassis is firm but has a rubbery texture that will no doubt absorb dings and scrapes, but it’s hard to deny that it isn’t quite as nice as fabric. That is obviously subjective, but the new designs are a little “generic” even with the Pixel 6 sporting a unique design.

The core “frame” of each case is solid thanks to the dual-layer design, but there is a soft lip that lets you snap your Pixel 6 or 6 Pro in. This is most prominent around the button covers, which disappointingly don’t add any color like on previous cases. Google really missed a trick on this part in our opinion as a colored power button would have added a little extra flavor.

It’s also worth noting that when fitting each case to your Pixel 6 or 6 Pro, the softer edge can snag. You can easily adjust this but, it was a little bit annoying at first and is common on silicone cases. It also does mean that the edges of your display and device frame are not making direct contact with polycarbonate.

On the Pixel 6, each case adds more bulk than you might expect but protects the display edges much more readily as the case “lip” ensures that when set down on a surface, your screen should not make contact. This is less pronounced with the official Pixel 6 Pro cases but is likely due to the design and shape of the curved screen.

There is also a slight inset for the upper earpiece speaker that helps with shaping sound outwards but also allows audio to be projected toward you without obscuring or muffling. When making calls, this can help improve quality but not quite as much as on some other devices.

The only other cutouts are for the camera bar, the USB-C charge port and the bottom-firing speakers. These grille cutouts also help shape sound in a similar manner to the earpiece inset, providing a small but precise cutout for sound to escape.

Charging plays nicely with most USB-C cables but the cutout provides just enough wiggle room for thicker cables that are insulated. Clearly, Google wants us to use the in-the-box cable or a similar-sized option for maximum compatibility with the Pixel 6 official case lineup.

At the back, there are a few things to note. Depending on which color you choose, there will be a color-coded “G” logo in a much higher position than on the older fabric cases. Obviously, this is due to the removal of the capacitive fingerprint scanner usually found on the back of a Pixel. This is about the biggest “Googley” touch you’ll find on this year’s official Pixel 6 and 6 Pro case lineup, and while it’s appreciated, it’s not exactly a huge addition. It’s embossed into each and every case though, which adds a nice tactile feeling under your finger.

Because of the new camera bar, case makers will undoubtedly have some issues with protecting the new lens setup. Google has decided to add a squared-off “lip” that should mean good protection and stability if you place your phone face-up on a surface. It should also help prevent damage from a drop.

This is a good compromise as no part of the camera bar is covered or blocked. Yes, it does mean that some other cases will provide a little extra protection along the curved edges, but they won’t allow you to admire this impressively unique design trait without altering the overall aesthetic.

The official Google Pixel 6 and 6 Pro cases offer a good level of protection and act more like an extension of the design. There is a minor added bulk that makes them a little bit harder to recommend than some similar styled third-party options, but the $29 price is much more of a stumbling block.

Google is offering a good mix of protection and quality, but the official case lineup might not be the best option for everyone. They deflect dirt and grime a little better than a fabric case, that is for sure, but they feel a little bit sterile as a result. If all you really want to know is whether the official cases are worth almost $30, then sadly, the short answer is no.

Where can I get the Pixel 6 and 6 Pro official cases?

You can get the Pixel 6 and 6 Pro case lineup direct from the Google Store, Amazon, Best Buy, B&HPhoto, and more.