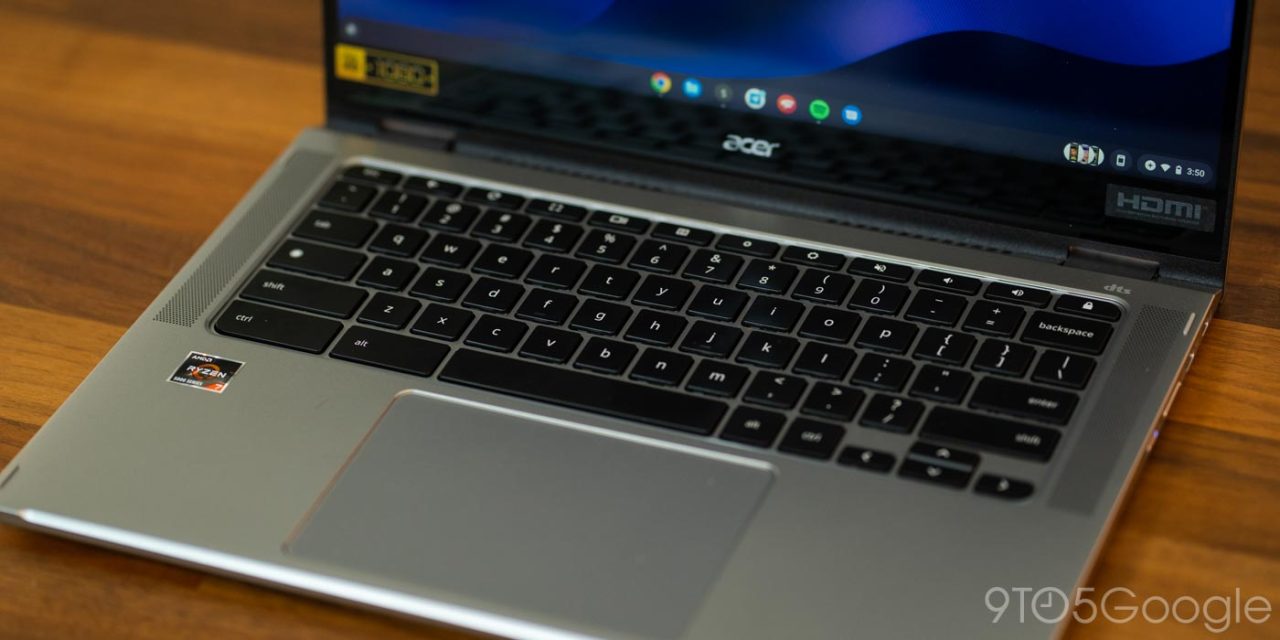 Google is rolling out Chrome OS 102 starting today with a handful of notable changes. This new version will be fully available over the coming weeks.

Given the variance in accessories, Chromebooks will alert you when USB-C cables don’t support a display or “isn’t performing ideally for your laptop.” There will also be a notification if it “doesn’t support the high performance USB4/Thunderbolt 3 standards that your Chromebook does.” Available alerts include:

All USB-C cables, even those without logos, identify themselves to the computer precisely (using USB PD), and my team reads that info now, and we eliminate a silent failure when the user uses a USB 2.0-only cable with a DP Dock or Monitor.

This system “Chrome OS” alert links to more information, and will first be available on 11th and 12th generation Intel Core devices with USB 4 or Thunderbolt support. This comes as more docking stations and monitors become available for Chromebooks.

Chrome OS 102 will let you resize the zoomed in portion of the magnification tool. Instead of it being split evenly, the top half can be made larger or smaller by dragging the in-between partition.

Double-tapping on a ZIP today opens the folder in the Files app’s navigation drawer. Its contents can be manually dragged to the Downloads folder to save, and you have to manually eject. Chrome OS 102 adds an “Extract All” option in the right-click menu that places the folder directly in whatever directory you’re currently viewing. This should really be the default double-click behavior.

Cursive launched alongside the HP Chromebook X2 and other select devices last year. It’s now rolling out to all Chromebooks with stylus support, and will be preinstalled on eligible computers. Google plans on updating the Cursive PWA (Progressive Web App) to make it easier to change the thickness, style, and color of the stylus stroke “in the coming months.”