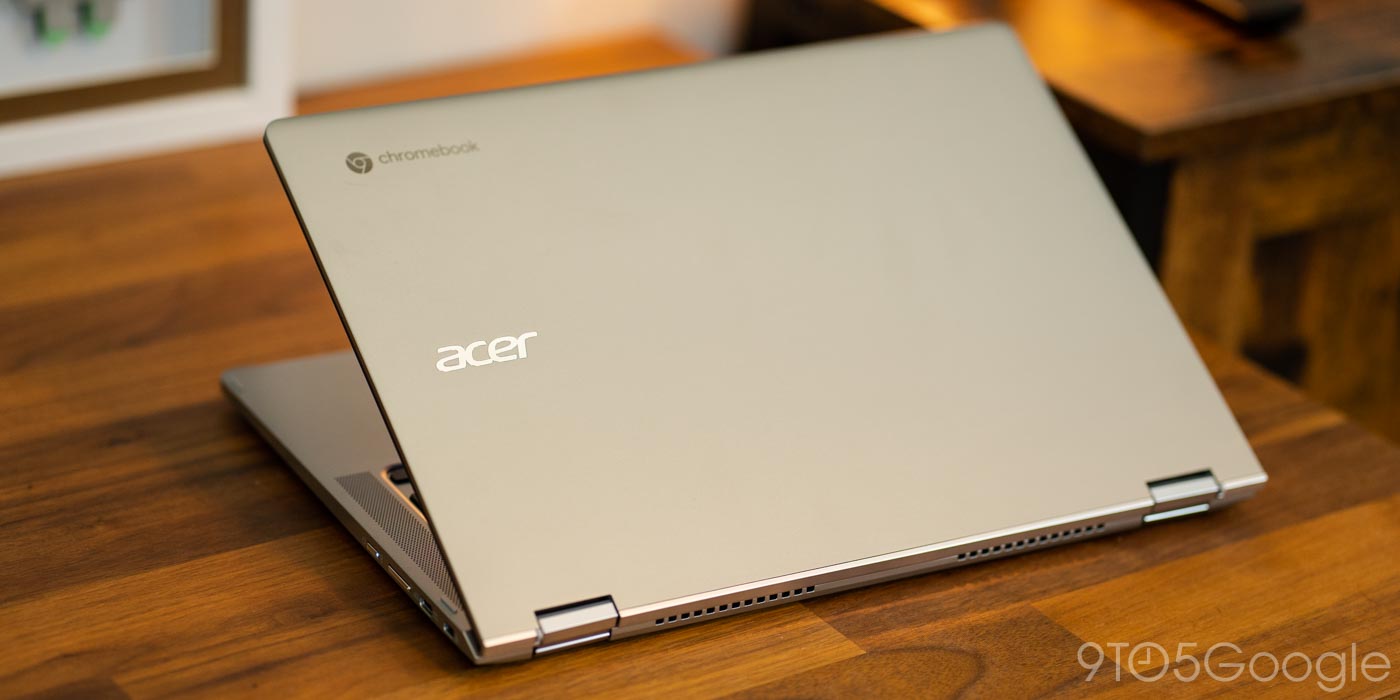 This update was supposed to arrive on April 28, but it did not become available until today. It starts with a new dark boot screen that features a white Chrome logo followed by “chromeOS.” Besides the night-friendly background change, note the lack of a space.

Meanwhile, some users are seeing the new Launcher that was officially announced in March. Instead of a bottom sheet that can take up the entire screen, you have a floating panel at the left. This allows “more space for any windows you have open,” and can be organized by name, icon color, or manually. There are no changes to the tablet layout.

Your five most frequently used apps are shown at the top, while searching with Assistant shows more results inline. If it’s not yet rolled out after updating to Chrome OS 101, you can manually enable this flag:

Under Settings > About Chrome OS there’s a new Firmware updates menu (for peripherals) that opens as a small window and has its own launcher icon. This replaces how accessory updates on Chromebooks previously occurred automatically in the background. That approach led to some issues, and this new UI is meant to address upgrades that take longer periods of time.

On a similar front, newly launched Chrome OS devices now offer network-based recovery instead of needing another Chrome device to create a USB image that features a new copy of the OS. If this feature is available on your device, entering recovery mode will present a “Recover using internet connection” option.

Linux on Chrome OS now uses Debian 11 (Bullseye) with upgrade prompts available in the Settings app for those on Debian 10 (Buster). You also now get an upgrade log that’s saved in the Downloads folder.