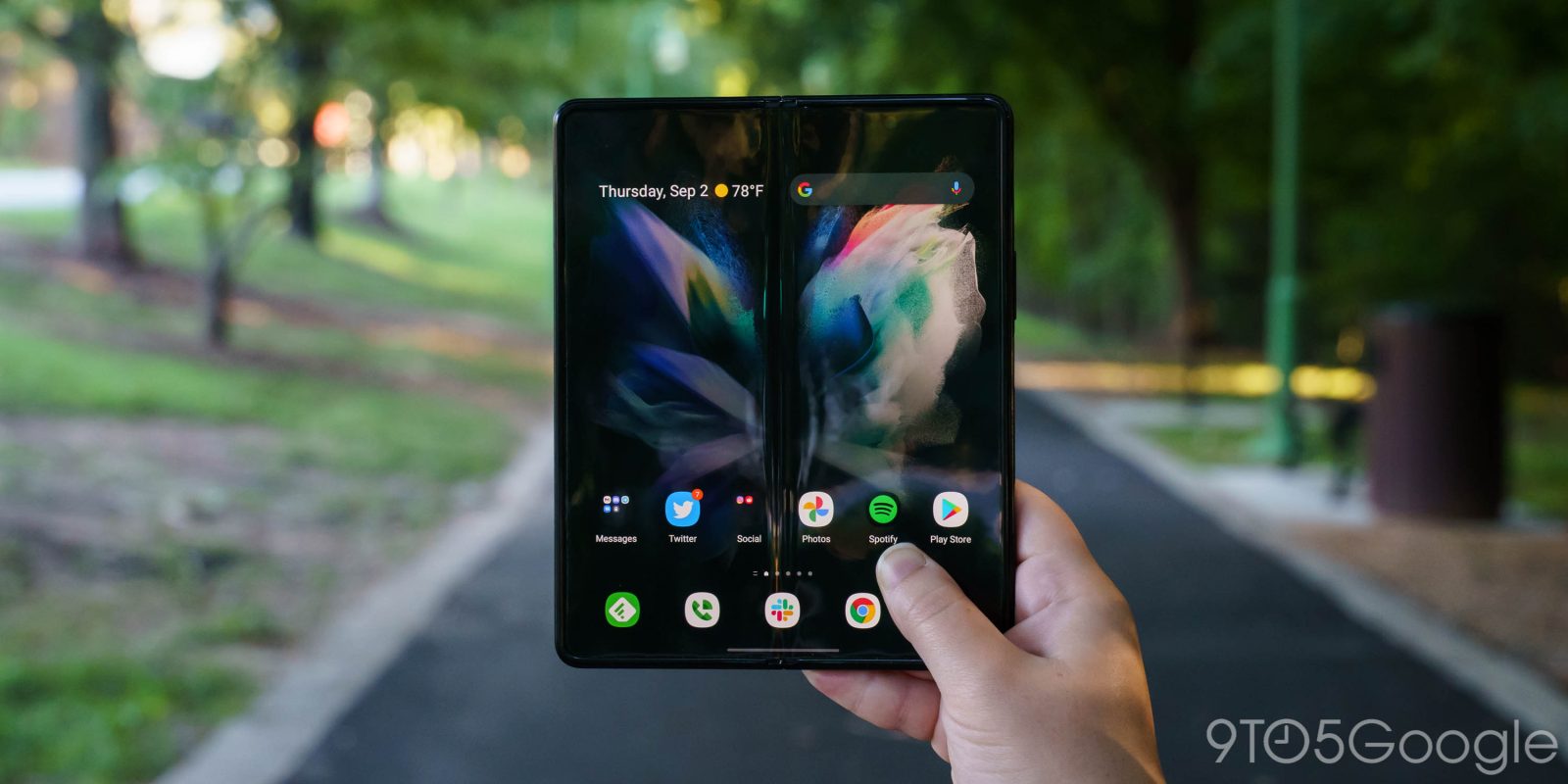 All of today’s best deals are headlined by Samsung Galaxy Z Fold 3 5G at $550 off. That’s alongside Pixel 6 Pro and its Google Tensor chip at $780 and the company’s Nest Wifi packages on sale from $119. Hit the jump for all that and more in the latest 9to5Toys Lunch Break.

Amazon is now offering the Samsung Galaxy Z Fold 3 5G 256GB for $1,250. Normally selling for $1,800, today’s offer amounts to $550 in savings and a new all-time low at $50 under our previous discount. The elevated 512GB model is also $550 off and now sitting at $1,350. If you’d been waiting for a chance to finally bring home a flagship folding smartphone, today’s markdown makes the package a bit more affordable following the latest batch of rumors on what to expect from a predecessor.

Even so, Samsung’s Galaxy Z Fold 3 5G delivers all of the flagship features you’d expect centered around a 7.6-inch Infinity Flex display on the inside of the folding form-factor, with a secondary 6.2-inch Dynamic AMOLED screen on the cover. Then there’s the Snapdragon 888 SoC which pairs with 256GB of storage, 12GB of RAM, and a 3-sensor camera around back. You can dive into our hands-on review for a closer look.

Today only, Woot offers the unlocked Google Pixel 6 Pro for $780 in all three colors. Down from the usual $899 price tag, this is a new all-time low at $119 off. Today’s offer is still one of the first unlocked discounts overall and beats our previous mention by $11.

Google’s latest flagship smartphone arrives with the company’s new Tensor chipset for the first time and comes backed by other compelling specs, too. Pixel 6 Pro then sports a 6.7-inch AMOLED 120Hz display which is supplemented by 128GB of onboard storage and 12GB of RAM, as well as all-day battery life. Throw in the 50MP triple camera array around back, and you’re looking at quite the capable handset. Dive into our hands-on review for extra insight and then head below for more.

Amazon now discounts the Google Nest Wifi Router with two Points to $199. Down from its usual $349 price tag, this is a new all-time low at $50 under our previous mention. You’re also looking at $150 in savings, as well. Google’s Nest Wifi system provides up to 5,400-square feet of 802.11ac coverage to your space thanks to the 3-node setup with support for up to 2.2Gb/s speeds in tow. Alongside handling all of your home’s Wi-Fi connectivity, the included main router doubles as an Assistant speaker. To complete the package, you’ll also find six Gigabit Ethernet ports on the system. You can get a closer look in our hands-on review.

If the lead package isn’t quite what you’re looking for in terms of coverage for your home, a pair of other Google Nest Wifi systems are also on sale right now. Both sitting at either new all-time lows or matching the best prices yet, these are just as notable markdowns as the lead deal with much of the same features attached. Right now, the Nest Router 2-pack is sitting at $163, down from $299 and marking a new low. Then there’s a single router for $119, down from the $169 you’d normally pay. Both of these can turn into Assistant speakers, but have less range than the lead discount.

Anker’s official eufy Amazon storefront is now offering the first discount on its just-released Smart Floodlight Camera E. Now dropping down to $170, today’s offer amounts to $30 in savings from the usual $200 going rate while marking a new all-time low. This new addition to the eufy stable arrives as an upgraded floodlight camera with 2K resolution. Backed by built-in AI, you’ll benefit from human detection on top of other notifications to pair with the 2,000-lumen motion-activated floodlights on either side of the camera array. Support for both Alexa and Assistant rounds out the package.

Amazon is now discounting LG’s entire lineup of 2021 C1 OLED 4K Smart TVs with a highlight of the batch falling to the 48-inch model at $797. Having originally sold for $1,497 when it hit the scene last year, we’ve more recently been tracking a $1,097 going rate. Today’s offer is still $300 off or more, and also beats our previous mention by $100 to mark a new all-time low. These may be LG’s now previous-generation 4K OLED TVs, but the C1 seres still arrives with some compelling features.

LG’s 2021 TVs are headlined by the eye-catching inclusion of OLED panels which are backed by Dolby Vision HDR and a series of gaming-focused functionality. The NVIDIA G-Sync and AMD FreeSync support are already notable on their own, and that’s without throwing in the 120Hz variable refresh rate and HDMI 2.1 ports for pairing with the PlayStation 5 or Xbox Series X|S. There’s also a series of built-in smart streaming features to deliver a full-featured home theater experience.