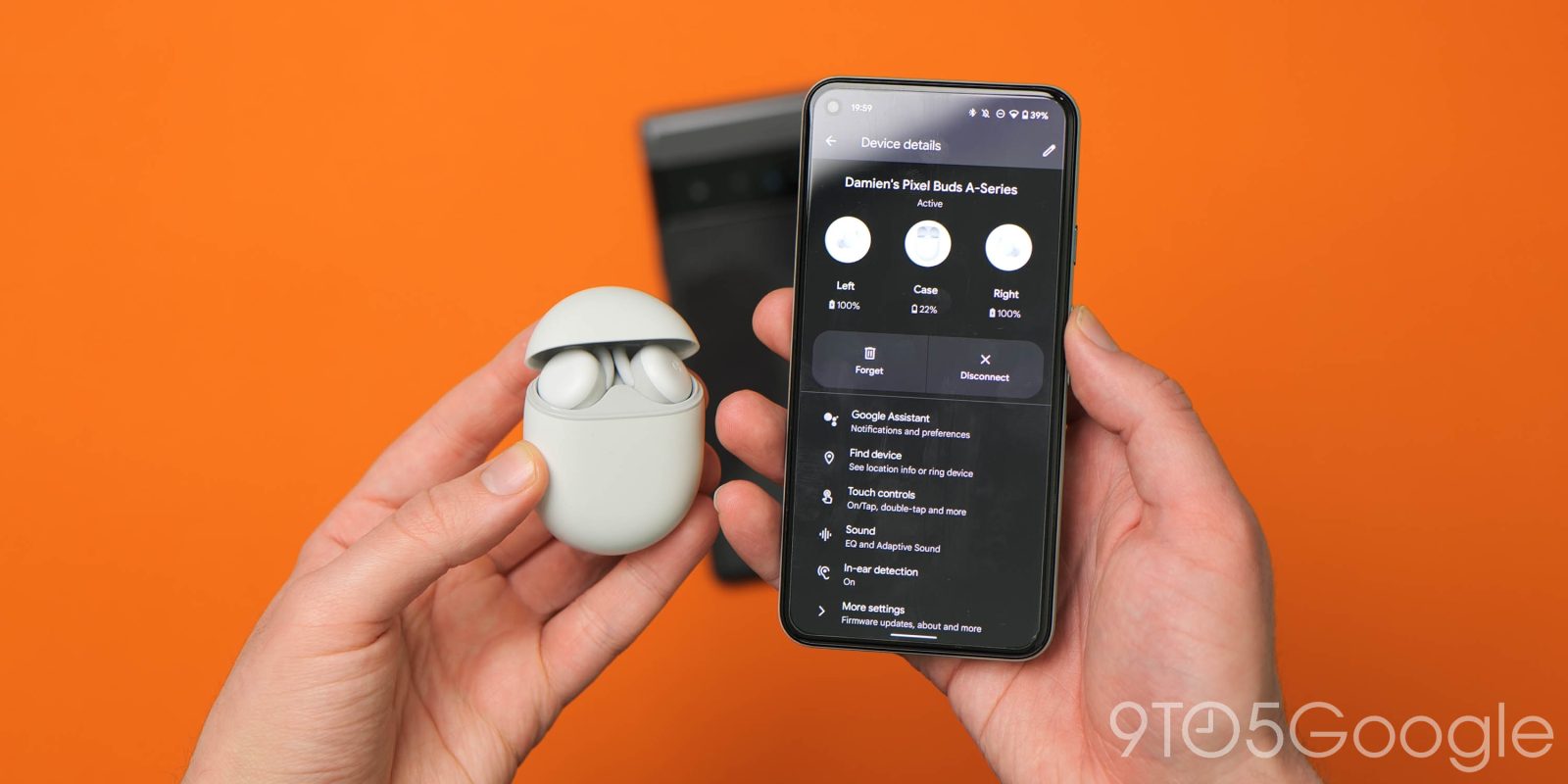 Since December, Pixel Buds A-Series have complained about an issue with the Bass slider and Google might finally be ready to release a fix, though it looks to have been pulled at the last second.

The last major update to the Pixel Buds A-Series introduced a Bass slider to increase that level by four levels or decrease it by one notch from the default. This slider is located under the Sound menu where you can also control Loudness compensation and Adaptive Sound.

However, users since that update have complained how the slider will show their desired level, but won’t actually apply it the next time they connect their headphones. It often requires you to move the Bass toggle before returning it to the level you actually want. This is obviously a pretty inconvenient ordeal for the past six months or so.

There’s a thread in the Pixel Buds Help forum that has 234 upvotes and 158 replies as of this morning. Those subscribed to the conversation we alerted yesterday about a new reply from a Google employee:

Good news everyone – we have a fix!

This linked to a support article that some users said mentioned a firmware update for the Pixel Buds A-Series. However, that article and response was removed for whatever reason. There have been no signs of an update since then, leading to even more upset owners that this problem has taken this long to resolve in the first place.

Either Google published its response too early, or a last-minute issue was spotted and the update had to be pulled.