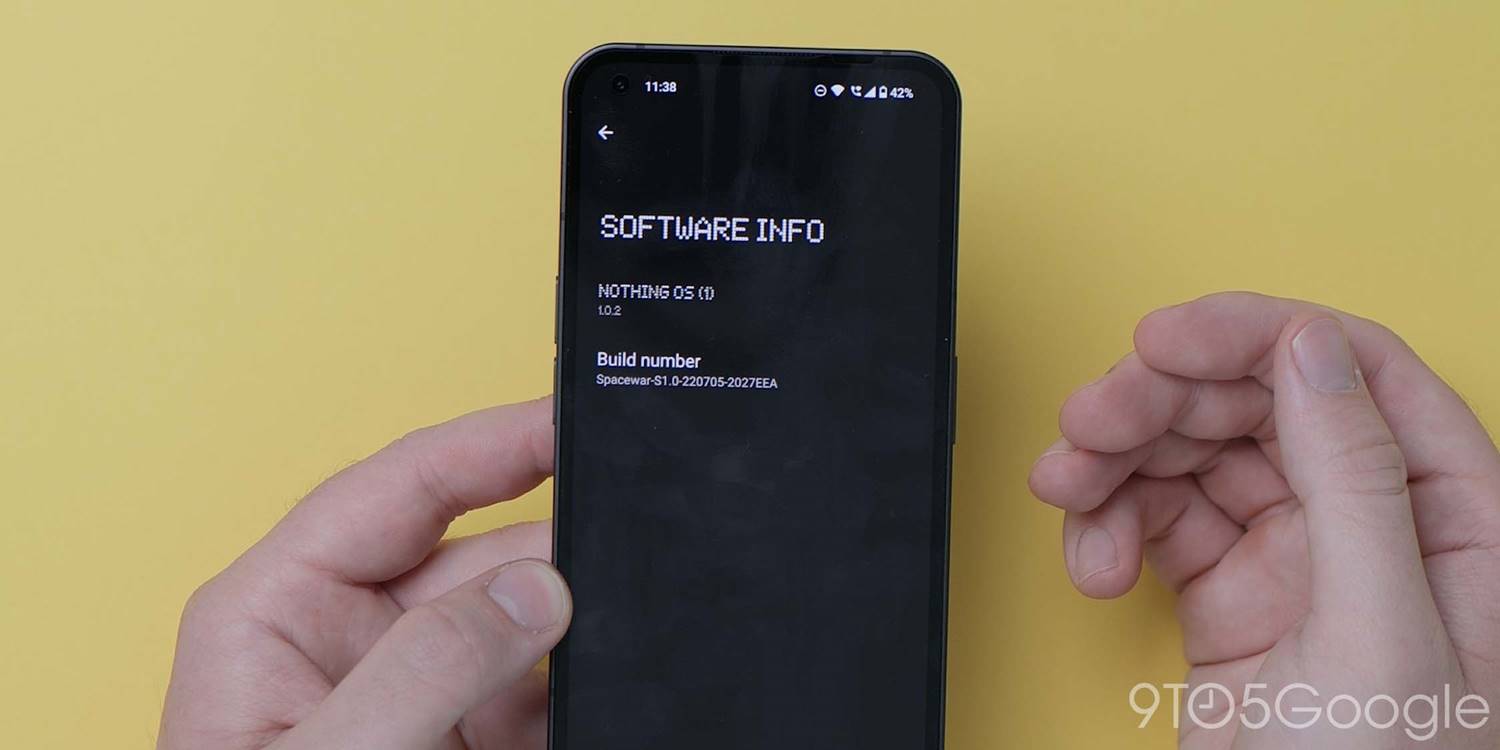 Nothing OS 1.1.0 — the first major OTA update for the newly release Nothing Phone (1) — is now rolling out with Tesla integration, NFT widgets, July 2022 security patch, plus much more.

The startup has wasted no time in getting the support ball rolling for its first device and Nothing OS 1.1.0 weighs in at around 120MB, the update provides a sizable number of bug fixes for the mid-ranger. One of the most notable additions is that of Tesla integration.

This experimental feature will allow you to connect with Tesla EVs and control your vehicle right from a Quick Settings toggle within the notification shade. You’ll need to link your Tesla account to access but when linked you’ll be able to do things such as turn on the lights and AC before entering or flash the headlights to help find your car in a parking lot.

During the keynote, Carl Pei announced that there would be an NFT widget that connects to your existing accounts so that you can display the digital “art” right on your homescreen. After downloading the Nothing OS 1.1.0 update you should have a new “NFT Gallery” section within the widget panel. The placeholder image happens to be Pei’s own $310,997 Crypto Punk NFT.

Other notable new features include the ability to remove the Google Search bar from your main homescreen view, while there are a multitude of camera tweaks with the Nothing OS 1.1.0 OTA update. The Glyph fill light is now able to be used in Portrait Mode, while noise in low-light images is said to be reduced. Color consistency and sharpness using the Samsung JN1 ultrawide is also improved.

A number of common bugs that we have experienced have also been resolved including the disappearance of the fingerprint scanner on the lockscreen. Face Unlock speed and performance has been tweaked and the July 2022 security patch has also been added. Sadly, there’s no sign of the hidden Music Visualization Mode in Nothing OS 1.1.0, but you can always unlock this little Easter egg yourself with our help.