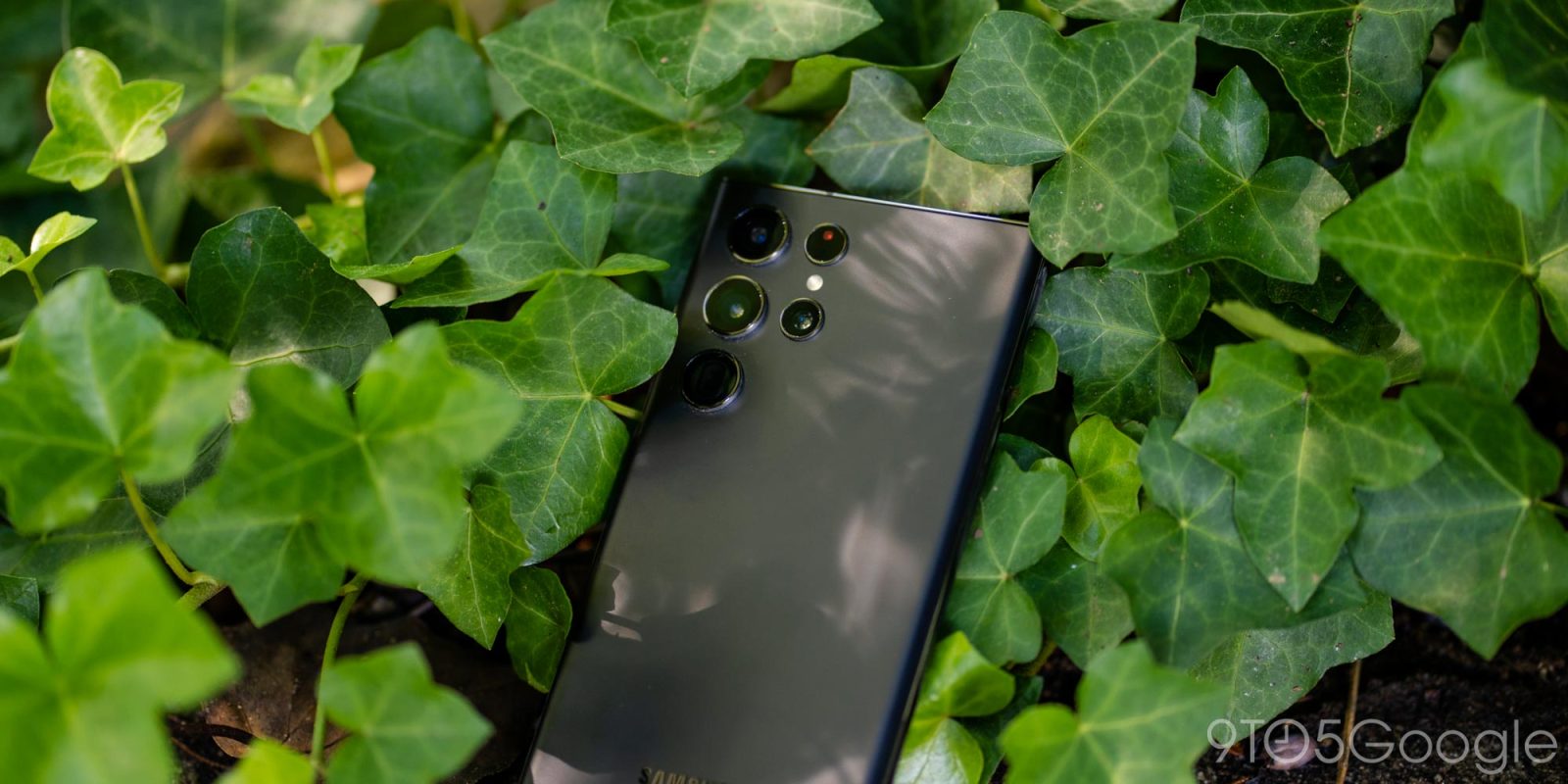 All of this weekend’s best deals are now headlined by the second-best price to date on Samsung Galaxy S22 Ultra 256GB. Plus, ASUS Chromebooks now start from $230, and you’ll also find all-time lows on TCL’s latest 5-Series 4K QLED Google TVs. Hit the jump for all that and more in the latest 9to5Toys Lunch Break.

Amazon is now offering the unlocked Samsung Galaxy S22 Ultra 256GB Android Smartphone for $1,023 in Phantom Black. Normally fetching $1,300, today’s offer is delivering the second-best price to date. This $277 discount has only been beaten once before back when it was $23 less on Prime Day. As the new flagship handset in the Samsung stable, the Galaxy S22 Ultra arrives with a refreshed, yet similarly-squared off design as last year’s model.

New this time around is an S Pen slot to channel some Galaxy Note energy, as well as a 6.8-inch SuperAMOLED panel and the recent Snapdragon 8 Gen 1 chip. That’s alongside 256GB of storage, 12GB of RAM, and an improved 5,000mAh battery backed by 45W charging. Our launch day hands-on review details what to expect.

Amazon is now discounting a selection of ASUS Chromebooks, headlined by the ASUS Chromebook Flip CX5 Core i3 for $650. Normally fetching $700, this is one of the very first discounts since launching back in August and a match of the all-time low at $50 off.

Delivering the signature 2-in-1 that the ASUS Chromebook Flip lineup is known for, its new CX5 arrives with a refreshed 14-inch 1080 NanoEdge touchscreen display. Powered by the 2.5GHz processor, there’s 128GB of onboard storage to go alongside the 8GB of RAM. Not to mention Wi-Fi 6, a pair of Thunderbolt 4 ports, and even a microSD card slot. All of that comes packed into the premium case with backlit keyboard with an integrated stylus rounding out the 360-degree hinge design. Our launch coverage has a bit of additional insight, as well.

Amazon is now discounting TCL’s new lineup of 5-Series 4K QLED Google TVs starting at $350 shipped for the 50-inch model. Normally fetching $430, today’s offer delivers only the second notable discount to date at $80 off and marks a new all-time low at $5 under the previous mention. TCL’s new 5-Series TVs just launched back in April and arrive with 4K QLED panels in four different sizes. Across the lineup, you’re looking at a Google TV-powered experience that can handle serving up all of your favorite content alongside offering access to hands-free Hey Google voice control. There’s 60 local dimming zones for some added contrast and Dolby Vision support to round out the display. TCL then completes the package with three HDMI ports. Learn more in our hands-on review.

Amazon is currently offering the official Google 30W USB-C Charger for $20. Normally selling for $25, today’s offer amounts to the second-best price yet at within cents of the all-time low. This is still one of the first price cuts overall and the lowest in over a month.

Google’s official 30W charger was designed to deliver improved refuel times to its latest 6 and 6 Pro smartphones. The compact wall adapter will let you take full advantage of either handset’s top charging rates and comes backed with an official Google seal of approval attached. Our in-depth hands-on review details exactly how the charger stacks up and how it compares to third-party alternatives.

Amazon is now offering the Sony LinkBuds S in both styles for $148. Normally fetching $198, today’s offer delivers a new all-time low at $50 off. We last saw it on sale for $10 more over Prime Day, and this discount marks only the third chance to save period on the new releases.

Delivering what Sony contends are the world’s smallest and lightest hi-rise earbuds with noise cancellation, the brand has packed its Integrated Processor V1 into a refreshed design. Alongside blocking out ambient audio, there’s also 6 hours of battery life that extends by another 20 with the charging case, as well as a new software feature that allows the LinkBuds S to take the wearer’s environment into mind to adjust the listening experience. You can get a better idea of what to expect in our launch coverage, as well.