Is Google’s 30W charger for Pixel 6 worth it when third-party alternatives hit the same speeds? 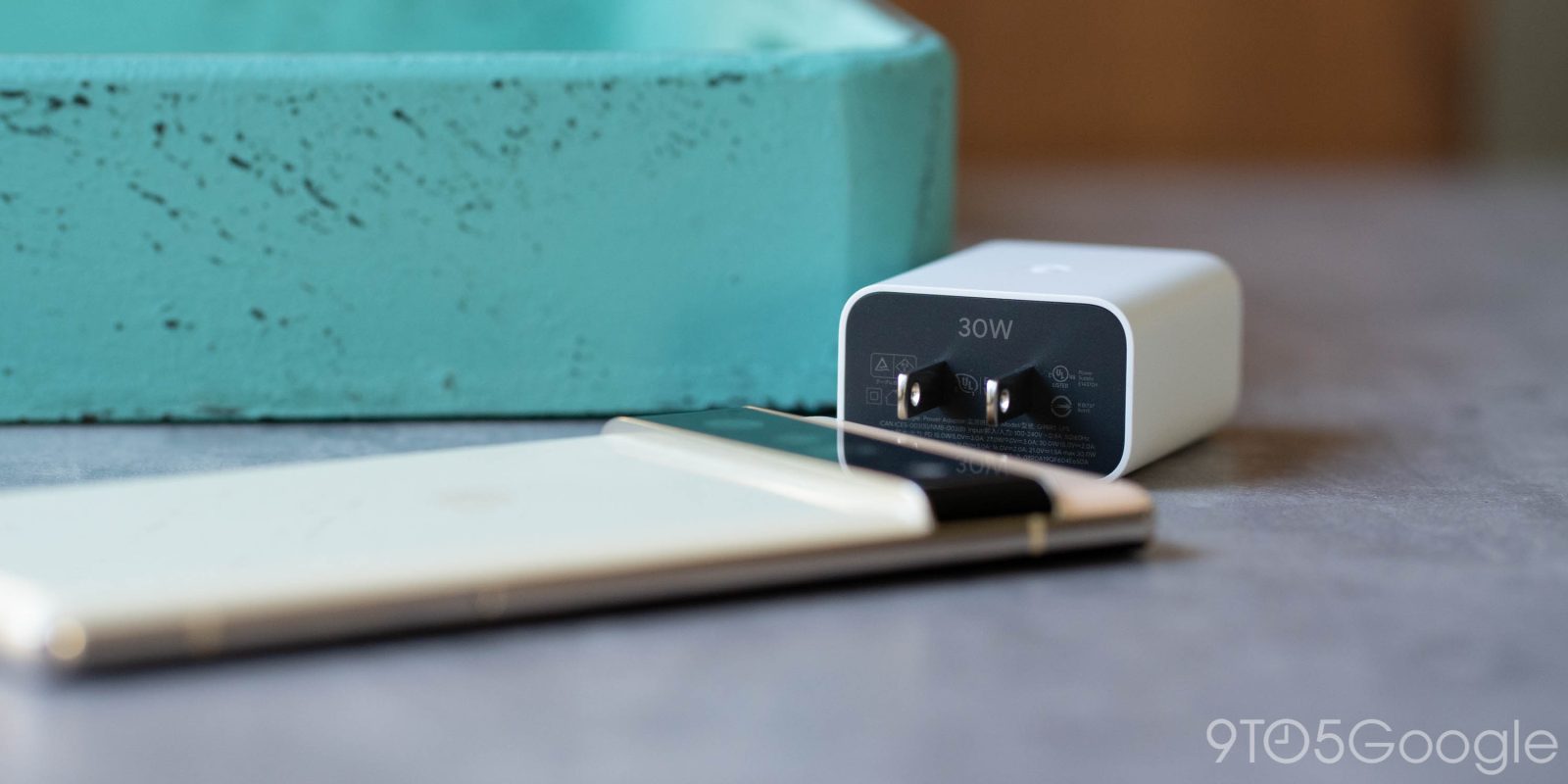 Google heavily implied that the Pixel 6 had super-fast charging by selling a 30W charger for the device. However, the Pixel 6 and Pixel 6 Pro are instead capped at around 23W for wired charging. So, is Google’s charger actually worth buying? Or would third-party alternatives be a better value?

As mentioned, it was pretty heavily implied that Google’s Pixel 6 series would charge at 30W, but that’s not the case. Early analysis followed by Google’s own confirmation proves that the Pixel 6 charges at 21W while the Pixel 6 Pro hits 23W. That’s a fair bit quicker than older Pixels, but slower than Samsung devices and most other flagship Android phones.

Why does Google limit the charging speed here? The technical reasons haven’t been disclosed, but Google’s explanation says that the phone will charge at its maximum rate through 50%, then slow down a bit as it approaches 80%. A full charge takes much longer because, as Google says, it improves the longevity of the battery and its health over time.

Should you buy Google’s charger?

Of course, to hit these speeds at all, you’ll need to use a capable charging brick. Google’s official offering is the 30W brick, which led to the confusion in the first place. Despite that, this official charger does speed Pixel 6 devices through the first 50% of battery capacity.

In our brief testing with a USB-C power meter, we found that Google’s 30W brick, sold for $25 on the Google Store, would hit 8.69V at 2.57a while charging a Pixel 6 Pro from 8% to 10% of its battery capacity. That’s a little over 22W during the very brief period. Meanwhile, the 18W charger from older Pixels would hit 8.80V x 1.99a during the same period of time, around 17.5W. So clearly, you’re going to get more juice from Google’s new charger compared to the old one, but not the 30W listed on the brick itself.

Why does Google sell a 30W charger for a 23W phone? It’s almost certainly not to confuse anyone, but rather to serve as a multi-device go-to. Google lists the charger as a “Works with Chromebook” accessory, meaning it can top off devices such as the Pixelbook Go. Notably, too, Google doesn’t actually mention “Pixel 6” anywhere on the charger’s store listing. Most likely, this wattage was settled on because it provides more flexibility, enabling the charger to work on other devices including Chromebooks, the Pixel Stand, and more.

What about other chargers? We’ve tested a few chargers around our office on the same device with the same cable and power meter to get an idea of how they might compare, and to see if Google’s charger has anything special to it for the Pixel 6.

Unsurprisingly, we found that speeds on other chargers were virtually indistinguishable from Google’s. Our test subjects include the 25W charger Samsung sells for its Galaxy devices, a 27W charger from Spigen (which had a bit of trouble with our power meter), a 25W charger from Belkin, and a 30W charger from Anker. The results, all looking at the same basic time period (2% of battery), are listed below.

Keep in mind, of course, that charging speeds on the Pixel 6 Pro vary depending on how long the phone has been charging and where it is in the charge cycle. These numbers were all captured with the phone under 20% capacity and should only be used for general reference.

Clearly, there’s not very much to gain from buying Google’s charger over others. When all is said and done, if a charger is certified for USB-C PPS fast charging, it’s going to get the job done. And, if anything, there are reasons to look beyond Google’s official offering. The chargers sold by Spigen and Anker are considerably smaller thanks to their use of GaN technology. Meanwhile, Belkin’s option costs considerably less than Google’s. We’ve seen it on sale for as little as $10!

Google’s charger gets the job done, but its capacity is well beyond what its current Pixel brings to the table. You can save a few bucks by going with a third-party option