Source: Here’s how Google plans to price the Pixel Watch and launch with Pixel 7 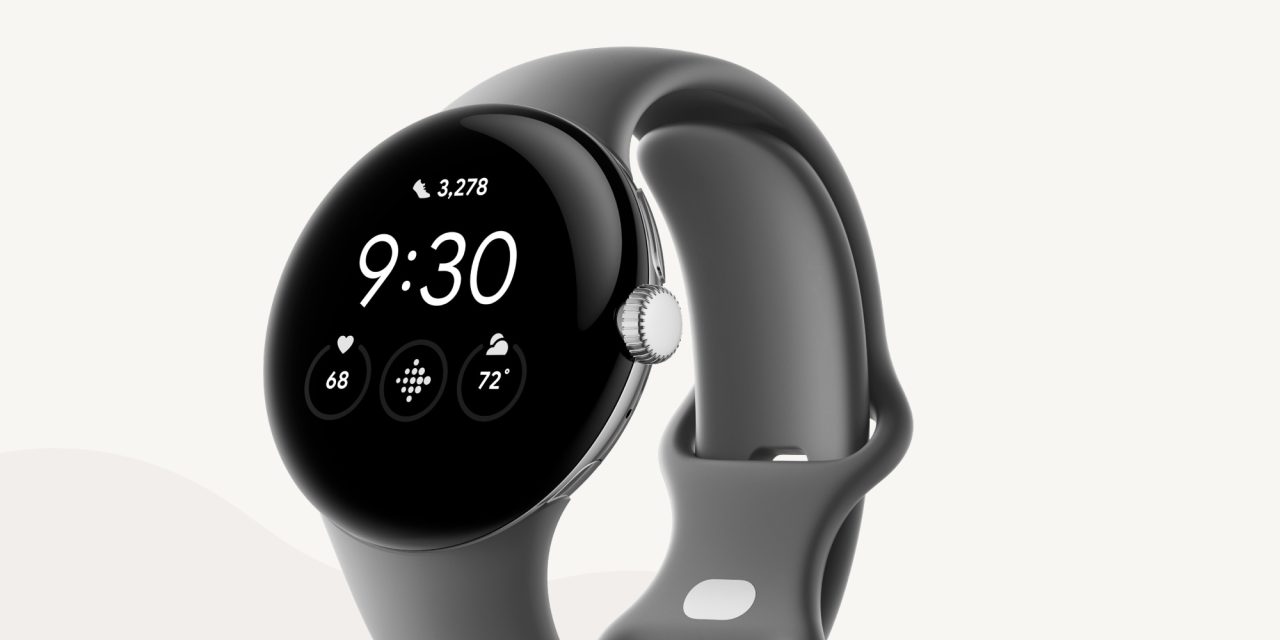 In recent months, 9to5Google has detailed several key aspects of the Pixel Watch, and we’re now hearing how Google will price its first wearable at launch this fall.

What we know about the Google smartwatch

With a circular, domed design, the Pixel Watch measures approximately 40mm wide and is about 14mm thick. Google has yet to reveal the display resolution, but it spans around 30mm from an early measurement. There’s a crown at the 3 o’clock position that spins and can be pressed, while a single button is found just above it.

The Pixel Watch will be available in three colors (silver, black, and gold), and Google is working on an extensive collection of 20mm bands that we previously reported on.

In May, we reported that the Pixel Watch is powered by Samsung’s older Exynos 9110 with a coprocessor, over 1.5GB of RAM, and 32GB of storage. The latter two specs will be higher than anything else on the Wear OS market today.

The battery is just under 300mAh with a magnetic charger that’s USB-C on the other end. The battery is expected to last a day. Other notable specs include built-in GPS, 50 meters of water resistance, NFC, and an array of health sensors that could very well be the same ones used by the Fitbit Luxe and Charge 5.

It will run Wear OS 3 with “Smart Unlock” for Android and a Google Pixel Watch companion app.

As we learned at I/O 2022 in May, the Pixel Watch will be available in a Bluetooth/Wi-Fi model and a variant with LTE. According to a source familiar with the matter, that latter cellular Pixel Watch will cost $399 in the US. Plans could of course change before launch, while carrier deals will undoubtedly bring the price down.

That’s the same price as the cheapest Apple Watch Series 7 with only Bluetooth/Wi-Fi, while the comparable Samsung Galaxy Watch 5 is $279 and the Watch 5 Pro is $449. Going up to cellular models for each is $499, $329, and $449, respectively. (For comparison, the just announced Fitbit Sense 2 with no cellular is $299.)

In terms of price, the Pixel Watch sits between Samsung‘s entry products and Apple’s, while Fitbit serves as Google’s more affordable smartwatch range. Compared to the Galaxy Watch, Google is notably using recycled stainless steel for the case, for which Apple charges a premium ($699) along with a sapphire crystal and included cellular. The Pixel Watch won’t be using that premium cover glass, though.

Compared to last year’s phone-only launch, Google will be releasing two major products side by side this fall if things go according to plan. We’ve learned that the Pixel Watch will launch alongside the Pixel 7 and 7 Pro instead of there being a gap in the release date. It’s similar to how July saw the Pixel 6a and Pixel Buds Pro become available at the same time.