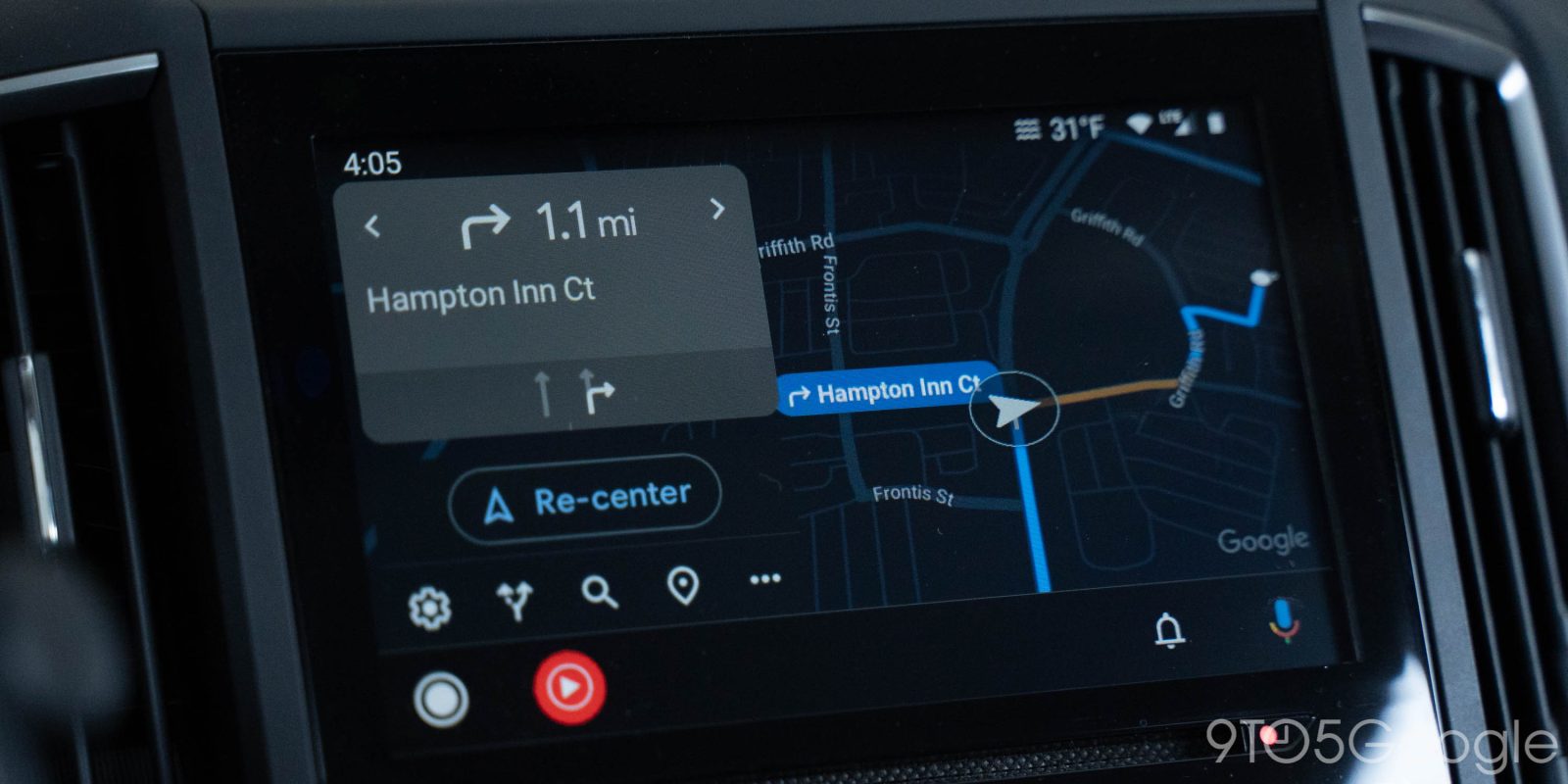 Google is working on a redesign of Android Auto that borrows elements from Material You and makes your notifications more easily accessible.

On Android Auto today, you can only have one app or view on your car screen at a time. This means that checking your notifications or adjusting playback — things you shouldn’t be doing too often as the driver! — requires putting your Google Maps directions away temporarily.

As noted by XDA and additionally enabled by our own team, the latest beta update to Android Auto (version 6.9 rolling out now) includes work on something called “Coolwalk.” Once enabled, the usual Android Auto bottom bar — which includes a home button and media player widget on the driver’s side, and notification & microphone buttons on the passenger side — is replaced by a new arrangement that almost completely favors the driver’s side.

The most important part of this change is a new dashboard button, which shows a preview of your notifications over the current app. That means you can quickly glance at your notifications without missing any instructions from Google Maps or any other navigation app. To get a more complete view, the current notifications button is still available, just moved to the left-hand side.

Below your usual notifications in the dashboard, there is a card for controlling your current music/podcast app. For now, this card stays in place even if you aren’t currently listening to anything.

This isn’t the first time Android Auto has tried to bring a more productive redesign. Earlier this year, Android Auto vehicles with larger displays gained access to a split-screen mode that allows you to use two apps at once, most commonly your navigation directions and music. By comparison, this newer “Coolwalk” design should work with any Android Auto head unit.

Another notable aspect of the “Coolwalk” Android Auto redesign is the use of rounded-square shaped buttons. This same shape has been used in many of the Material You redesigns that Google has been bringing to its apps ahead of Android 12’s launch. For example, most Google Workspace apps are replacing their circular floating action button with a rounded square.

It’s possible that this is just the first of many more Material You elements to come to Android Auto, but only time will tell. We’ll continue to watch for more changes as “Coolwalk” develops over the coming weeks.