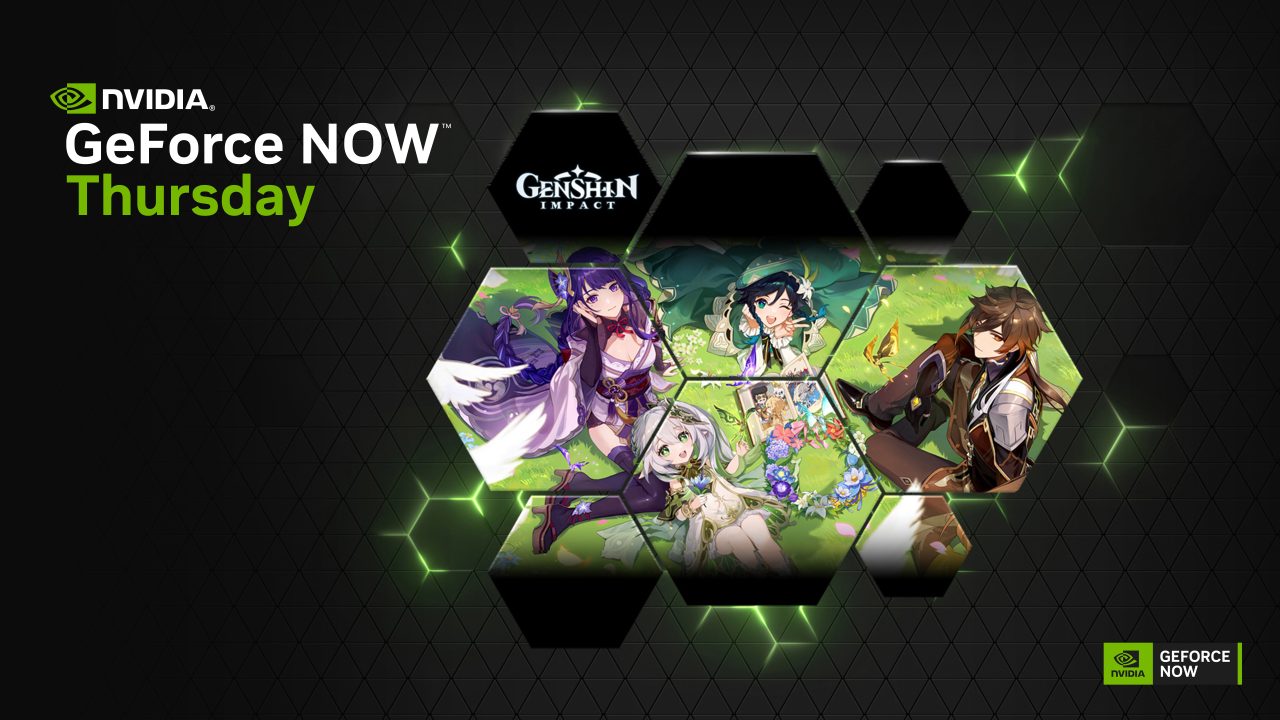 Just in time for the game’s new update to version 3.1, NVIDIA GeForce NOW is once again making itself the best way to play Genshin Impact from anywhere and everywhere, with new rewards for subscribers.

While Genshin Impact is available on a wide variety of platforms including mobile devices, the best place to play it will always be on a PC, which brings better customizable controls, higher-resolution graphics, and more. But with a little help from GeForce NOW, you can get the full PC version of Genshin Impact whether you’re at home on a desktop, at school on a Chromebook, or on the go with your phone.

Similar to the mobile version of the game, GeForce NOW includes support for on-screen touch controls to make sure you’re playing Genshin at your best even without a full controller. Meanwhile, with an upgrade to the RTX 3080 tier, you’ll be able to play at up to 120 frames per second or up to 4K resolution, depending on your device.

This week marks the release of Genshin Impact version 3.1, bringing three new playable characters — Candace, Cyno, and Nilou — and new story quests. Chapter III of The Archon Quest continues with this update, bringing two more acts, a new location in Sumeru — King Deshret’s Mausoleum — and new bosses. And thanks to GeForce NOW, you won’t have to waste any time downloading the update, as the game will be instantly ready to play!

To commemorate this latest update and encourage new players to dive in, NVIDIA is offering subscribers free in-game rewards for Genshin Impact. The new starter kit — which unlocks as soon as you reach Adventure Rank 10 — includes 30,000 Mora to buy new gear, three Mystic Enhancement Ores to upgrade weapons, and three Hero’s Wit points to level up your favorite characters. This pack is limited and offered on a first-come, first-served basis, so hop into the game now to claim yours!

In addition to unlocking the full graphic potential of Genshin Impact, the same GeForce NOW subscription lets you play over 1,400 different games from your existing library across Steam, Epic Games Store, and more. Or, if you’re just beginning to build up your PC gaming library, GeForce NOW also supports over 100 popular free-to-play games.

To keep up with the latest news about the games and updates coming to GeForce NOW, be sure to subscribe to GeForce NOW Thursday, available on Twitter, Facebook, and the official NVIDIA blog. Each week, the GeForce NOW library expands with both the hottest new games as well as timeless classics, making each Thursday full of fun surprises.