Pixel Watch was briefly up for pre-order on Amazon, revealing bands and Fitbit Premium perk 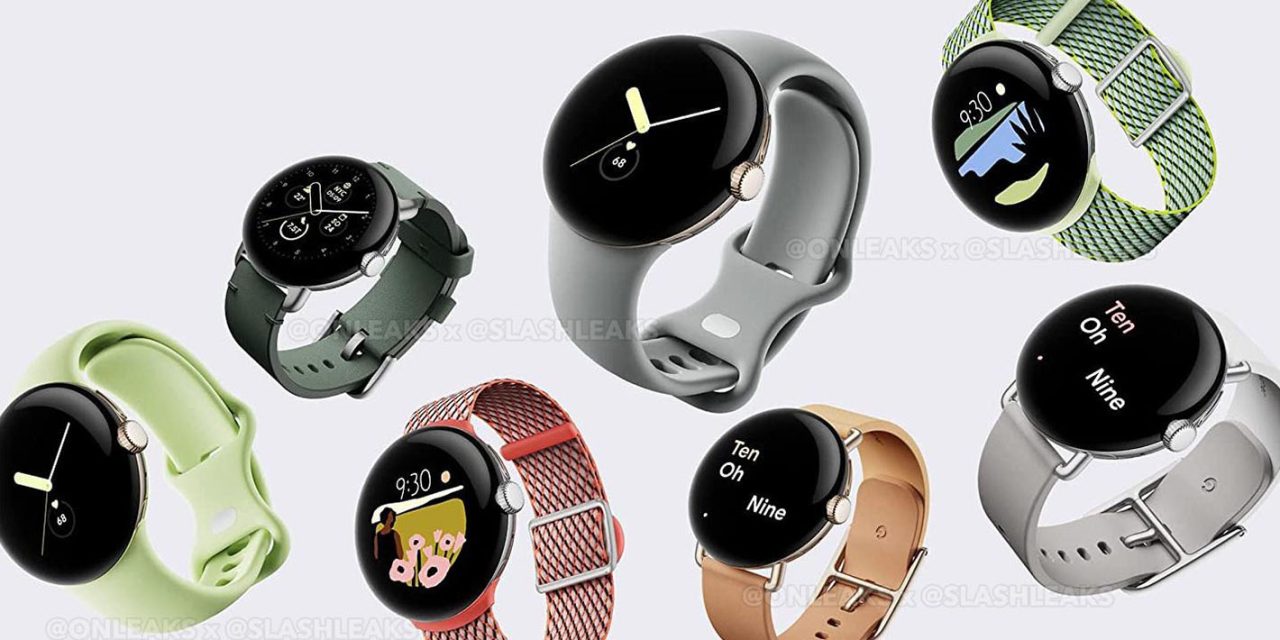 In what is perhaps the biggest Pixel Watch leak yet, a gallery of official-looking images show off the various bands, watch faces, and Fitbit support, among other things, of Google’s upcoming smartwatch.

Posted to SlashLeaks by @OnLeaks, this is one of the biggest leaks of Pixel Watch promotional material to date, and offers our best look yet at what Google is bringing to the table.

Starting with Pixel Watch bands, we get our first good look at four different band designs for the Pixel Watch.

The Pixel Watch band images are, unfortunately, fairly low-res, so it’s hard to tell for sure exactly what materials are being used, but these are our best guesses.

Firstly, we can see all of the silicone colors – black, grey, off-white, and a light green. There appear to be two different leather band styles from there, including one style in black and green, and another in black, grey, and orange. Finally, there appears to be a woven fabric style band for the Pixel Watch which is in vibrant orange and green colors, as well as a more subdued black.

Beyond that, we get a great look at some more Pixel Watch watch faces that we’ve not yet seen. This includes a face that expresses the time only in words, as well as one that shows an artistic landscape.

Digging further into these images, we can see the depth of Fitbit integration, with one image appearing to show ECG support, and another the Pixel Watch next to the Fitbit app. Rounding out the leak, there’s also an image showing an emergency call UI for the watch, as well as Fast Pair on a Pixel phone for setting up the watch.

Notably, it does seem that these images were obtained as least partially from an Amazon listing that briefly went live in Germany. SmartDroid also picked up on that listing, and reports that they were able to actually put in a pre-order for the Pixel Watch.

On Amazon, the Pixel Watch was also confirmed to, at least in some regions, come with six months of Fitbit Premium for free. This is a common perk Fitbit offers for smartwatches, so it’s nice to see it being offered on this Wear OS device.

Other details corroborated by the listing include 5ATM water resistance, the use of Corning Gorilla Glass, Fast Pair support for Pixel Buds, and the new Google Home app.

Unfortunately, the listing appears to have since been taken down.

Google is set to unveil the Pixel Watch in full on October 6, just a few days away, and we’ve already learned a lot about the product. We previously reported that it will cost $349 to start in the US, and will ship with an Exynos 9110 processor and battery life that’s quoted to last around one day.