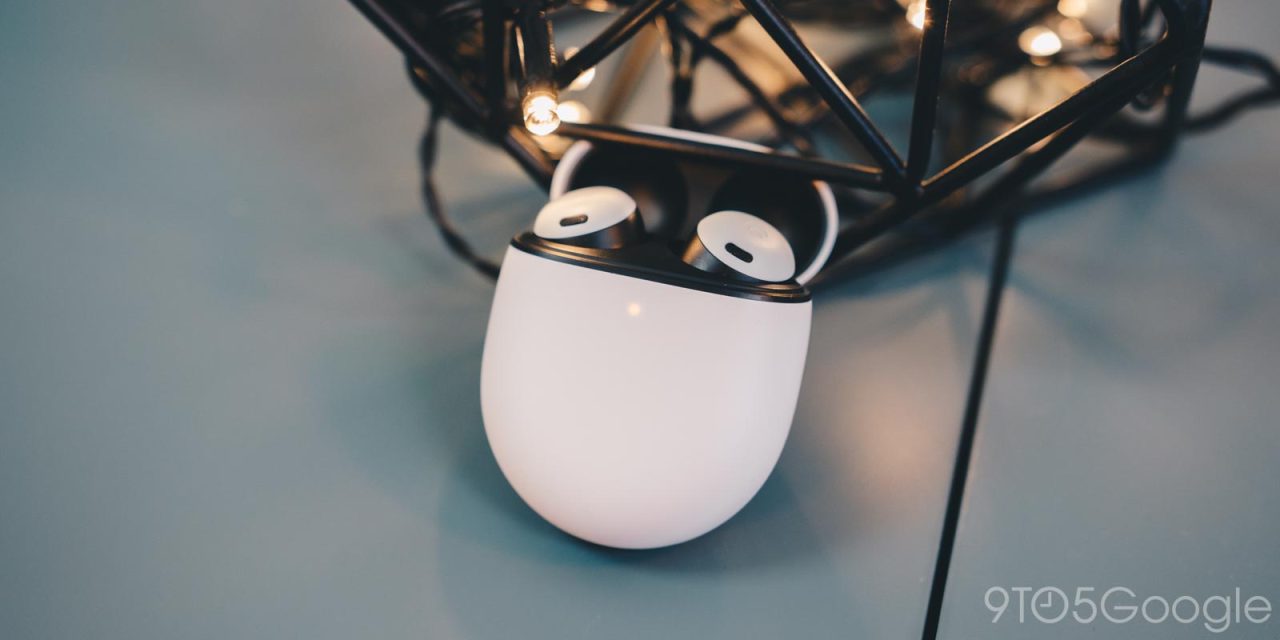 All of today’s best deals are now live and headlined by a rare preholiday discount on the Google Pixel Buds Pro at a $152 all-time low. That’s joined by a collection of Samsung Galaxy smartphones at some of the best prices to date, as well as much of the same savings being applied to the new OnePlus 10 Pro. Hit the jump for all that and more in the latest 9to5Toys Lunch Break.

Headlining all of today’s discounts, Amazon is offering one of the first chances to save on the all-new Google Pixel Buds Pro. Dropping in price for only the second time, you can now score a new all-time low at $152 in several styles. This is down from the usual $200 price tag in order to deliver $48 in savings and beat our previous mention by $23.

Google’s just-released earbuds launched earlier this summer and arrive as the brand’s new flagship listening experience. Everything is centered around active noise cancellation for the first time, with the Pixel Buds Pro also being backed by a transparency mode. Then there’s 11 hours of playback and the companion Qi-enabled charging case that delivers an extra 20 hours of listening – you can read all about it in our hands-on review.

Amazon is delivering the second-best prices to date across Samsung’s lineup of the latest unlocked Android smartphones and new all-time lows on the latest foldables. Leading the way is the flagship Galaxy S22 Ultra 128GB for $890. Down from its usual $1,200 going rate, today’s offer amounts to $310 in savings while marking the best we’ve seen since the summer Prime Day sale.

As the new flagship handset in the Samsung stable, the Galaxy S22 Ultra arrives with a refreshed, yet similarly squared-off design as last year’s model. New this time around is an S Pen slot to channel some Galaxy Note energy, as well as a 6.8-inch SuperAMOLED panel and the recent Snapdragon 8 Gen 1 chip. That’s alongside 256GB of storage, 12GB of RAM, and an improved 5,000mAh battery backed by 45W charging. Our launch day hands-on review details what to expect, and you can also save on the other Galaxy S22 series handsets plus much more below.

Delivering another way to score one of the latest flagship Android smartphones, Amazon is now expanding its fall Prime Day sale to cover the unlocked OnePlus 10 Pro 128GB handset at $650. Normally fetching $800, this $150 discount is delivering the second-best price to date, only beaten once before. Those who need additional storage will also find the elevated 256GB model at $750, down from $870.

OnePlus 10 Pro stacks up to the brand’s latest flagship handset that’s centered around the new Snapdragon 8 Gen 1 processor. That powers the 6.7-inch QHD+ 120Hz display as well as the 48MP triple-sensor camera array that comes backed by Hasselblad’s photography experience. A much quicker fingerprint scanner is supplemented by face unlock, and the 65W fast charging support rounds out the package on this flagship. Dive into our long-term hands-on review for a closer look at what to expect.

Amazon is now offering the unlocked Google Pixel 6a 5G 128GB Android Smartphone for $329. You’re looking at $120 in savings from the usual $449 price tag while delivering a new all-time low at $20 under our previous mentions.

Google Pixel 6a arrives as the brand’s latest handset, taking a slightly more affordable approach from last year’s 6/Pro handsets. There’s still the same Google Tensor chipset at the center of the experience, with a 6.1-inch FHD+ 60Hz display being paired with 6GB of RAM and 128GB of onboard storage. You can also expect to enjoy 24-hour battery life, as well as all of the usual photograph features packed into the 12MP wide and 12MP ultrawide lenses around back. Our hands-on review offers a better idea of what to expect, as well.

Amazon is offering deals on a selection of tablets from Lenovo, Meta, and mostly Samsung with offers starting from $76. Leading the way here is the Samsung Galaxy Tab A8 10.5-inch Android Tablet lineup starting from $160. Every silver model here is seeing new all-time low prices we’ve tracked regardless of the storage capacity.

The 10.5-inch LCD screen is paired with an octa-core processor to power your video watching and game playing. The fast-charging USB-C port will get you back in the action quickly, with total battery life depending on your use case. While each model has a set integrated storage amount, each tablet can be expanded with a microSD card up to 1TB in size. Samsung Kids has a library full of content that is safe and educational as well. The Galaxy Tab A8 is perfect for those with Galaxy smartphones as everything can talk to one another seamlessly.