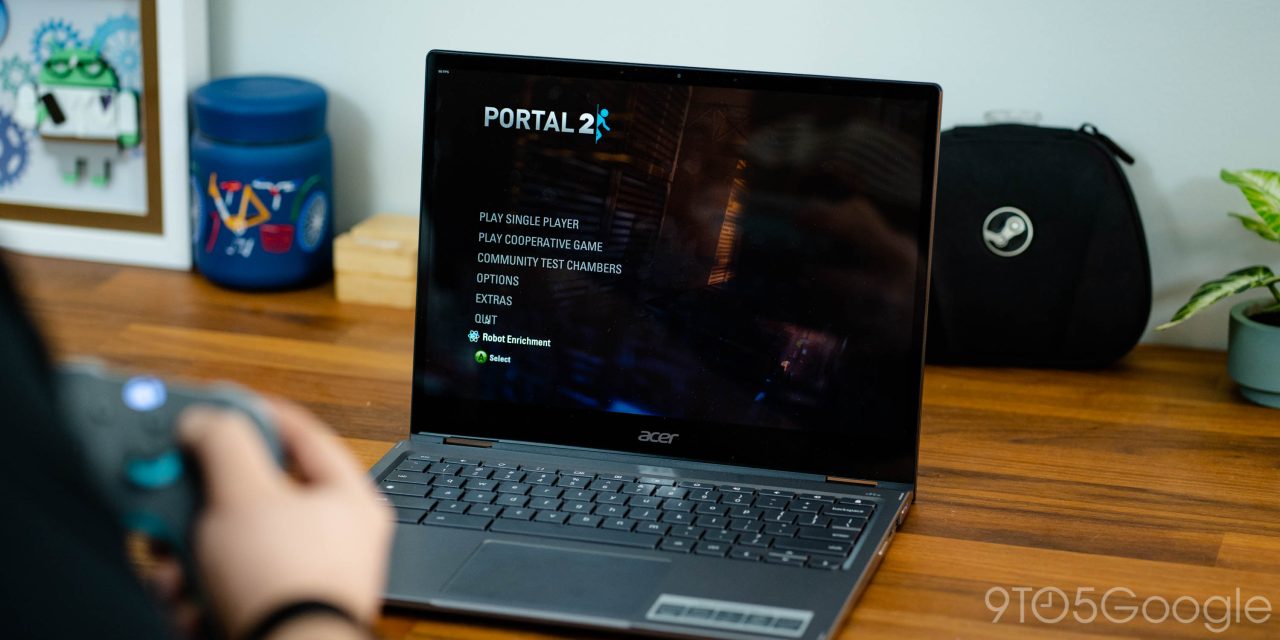 Google is widening the test program for Steam on ChromeOS, allowing Chromebooks with (select) Intel i3 and Ryzen 3 processors to start gaming.

Google formally unveiled Steam on ChromeOS earlier this year, kicking off with an initial batch of Chromebooks that featured high-end specs, like an 11th Gen Intel i5 or i7 processor and a minimum of 8GB of RAM. Over time, this expanded to include the newer 12th generation of Intel chips and even the recent AMD Ryzen-powered Chromebooks.

A few weeks back, we reported that Google was preparing to move Steam on ChromeOS from early “Alpha” testing into a more open “Beta” test. We now have a clearer idea of what else will be changing when Google switches its support for Steam into Beta testing, thanks to a newly posted code change.

In short, the new code is designed to allow owners of Chromebooks with an Intel i3 or Ryzen 3 processor to easily install Steam. Notably, the code is still only intended to support 11th Gen or greater Intel chips, leaving 10th Gen — which includes most Chromebooks released in 2020 like the Galaxy Chromebook — still unsupported, while AMD Ryzen has no such restrictions.

While opening to Intel i3 and Ryzen 3 processors will make Steam on ChromeOS a bit more accessible, there are still some noteworthy restrictions in place. For starters, you still need a minimum of 8GB of RAM, which has thankfully become more commonplace, even on the low end. Additionally, Google is still — for now — requiring you to be on the ChromeOS Dev channel, which is far less stable than most people should be using for their primary Chromebook.

As the code change is just now appearing, it will likely be a few weeks before lower-end Chromebooks gain access to Steam, as the change needs to reach the Dev channel.

This new expansion of Steam on ChromeOS comes on the heels of this morning’s announcement of new “Gaming Chromebooks” from companies like Acer, Asus, and Lenovo. While all three devices are being positioned as optimized for cloud gaming, each one is also suitably specced to run games through Steam. Even the lowest-end device — the $399 Lenovo IdeaPad Gaming Chromebook, powered by an Intel i3 — is now a Steam-capable device.

All in all, it’s quite clear that Google and Valve are positioning ChromeOS — and Linux in general — to ultimately become a meaningful competitor to Windows in the PC gaming space. Whether you want to play the latest AAA games in the cloud, enjoy compatible Steam games locally, or pick up where you left off in your favorite mobile game, Chromebooks are ready to be your gaming destination.