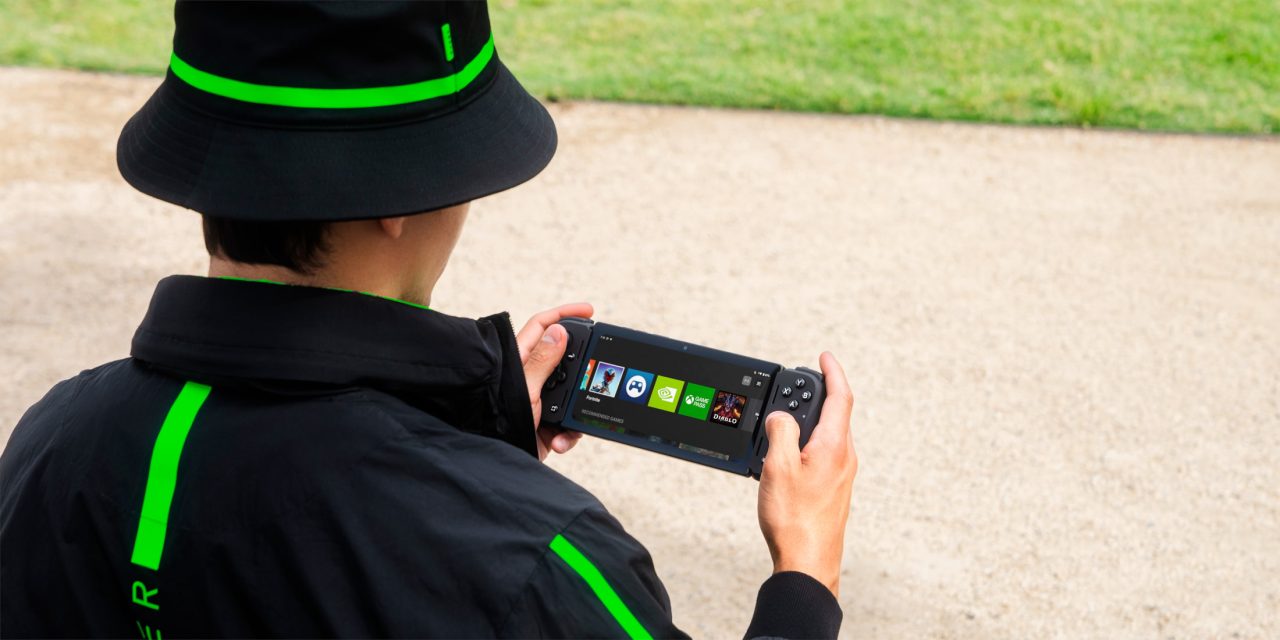 Razer has unveiled the new Razer Edge tablet, which promises to bring a premium Android and cloud gaming experience on the go, complete with a detachable controller, all for $399.

As first teased by Verizon a few weeks back, Razer has been preparing a dedicated Android gaming device, complete with Verizon’s 5G connectivity to enable cloud gaming on the go. What the company didn’t share (through its use of clever camera angles) is that the Razer Edge is not a full-on “handheld” like the recent Logitech G Cloud but actually a tablet.

Somewhat similar to the Nintendo Switch, you can completely detach the side-mounted controllers — referred to as the Razer Kishi V2 Pro (more on that in a bit) — to use the Razer Edge as a simple tablet if you so choose. With the massive app and game library of Android and Google Play, the Razer Edge is prime for gaming and media consumption alike, with or without the controller.

On that note, Razer has designed this tablet/handheld to be perfect both for cloud gaming services like GeForce Now and Xbox Game Pass and for high-end mobile games like Apex Legends. Cloud gamers will be pleased by the availability of the Razer Edge 5G — a Verizon exclusive — to enable high-quality gameplay wherever signal allows. Out of the box, Xbox Game Pass Streaming, GeForce Now, and Steam Link will be pre-installed on the tablet. In fact, Steam Link even supports streaming from your local PC at up to 144Hz.

To that end, regardless of whether you’re gaming locally or in the cloud, the Razer Edge packs a 6.8-inch 2400×1080 AMOLED display, with a whopping 144Hz refresh rate. In supported games and services, your gameplay should be buttery smooth. Backing up that high-quality display is a 5000mAh battery, which Razer says should keep you gaming for “hours.”

Of course, being an Android device, it’s important to know that your device can stay up to date and secure. Razer has told us that the Razer Edge 5G will launch on Android 12 and it should see regular updates to remain compliant with Verizon’s requirements.

In and of itself, the Kishi V2 Pro controller is a cornerstone of the Razer Edge design. The controller builds upon the foundation of the recent Kishi V2, with the same microswitches in the face buttons and D-pad, along with programmable buttons.

Crucially, the Kishi V2 Pro brings two new features to the Edge — Razer HyperSense haptic feedback and a proper 3.5mm headset port, both of which will be key to a proper gaming handheld experience. Razer has confirmed that the Kishi V2 Pro will initially only be available as part of the Razer Edge, but the controller will also be sold individually at a later date.

The Wi-Fi model of the Razer Edge gaming tablet/handheld is set to launch (in the US only) in January 2023 exclusively from the Razer Store for $399. To have the best chance of getting your hands on it, you can put down a $5 refundable deposit today.

Meanwhile, the Razer Edge 5G will be exclusively available from Verizon, with the release date and pricing still to be determined. That said, Verizon is also preparing to run a limited beta test of the Razer Edge 5G in the near future, which may be your best bet for getting the handheld/tablet as soon as possible.