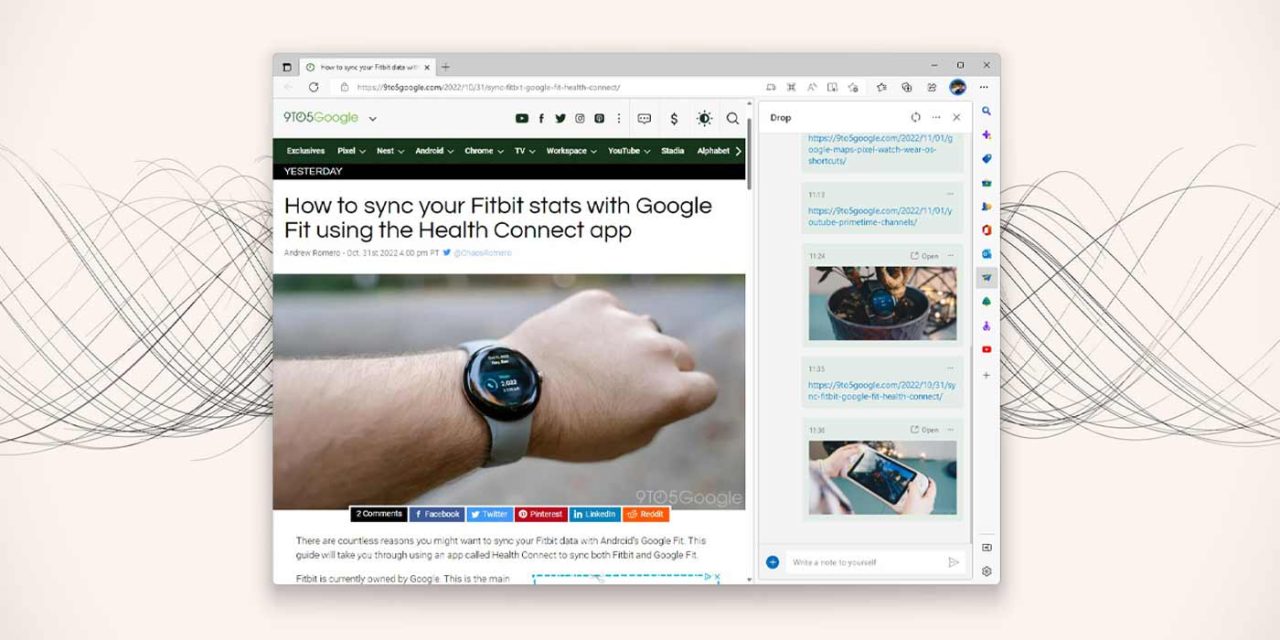 In any given workstation, file sharing is essential. With Microsoft Edge Canary’s new “Drop” feature, you can easily send and receive files from your PC to your Android phone, and vice versa.

Much like Chrome, Microsoft Edge’s Chromium-based browser has a Canary channel, which is the beta version and test channel for all new features that need to be worked out before pushing live for a wide audience. With the latest Edge Canary update, an existing feature makes file sharing a breeze for more users (via WindowsLatest).

The feature is called “Drop” and can be found on the sidebar by hitting the plus icon and toggling the feature on. This new feature is Microsoft Edge’s take on file sharing. The system is structured much like a chat window, except everything sent is addressed to you rather than anyone else. With that, you can send links, notes, and even files from your computer.

The idea is that those files are viewable on any device with Edge installed through the mobile version of Microsoft Edge’s file-sharing function. From Android, you can take those shared files from Microsoft Edge and download them. This system isn’t just limited to pictures, with many file formats supported.

On desktop, the file sharing system is clean and easy to use, with files just needing a quick drag into the box to be sent. Anything sent will go toward your OneDrive storage plan, so be mindful of that if you’re using Microsoft’s free version.

Drop on the mobile version of Edge Canary doesn’t seem to be widely rolled out yet, though the desktop version is likely available for you to try out now.