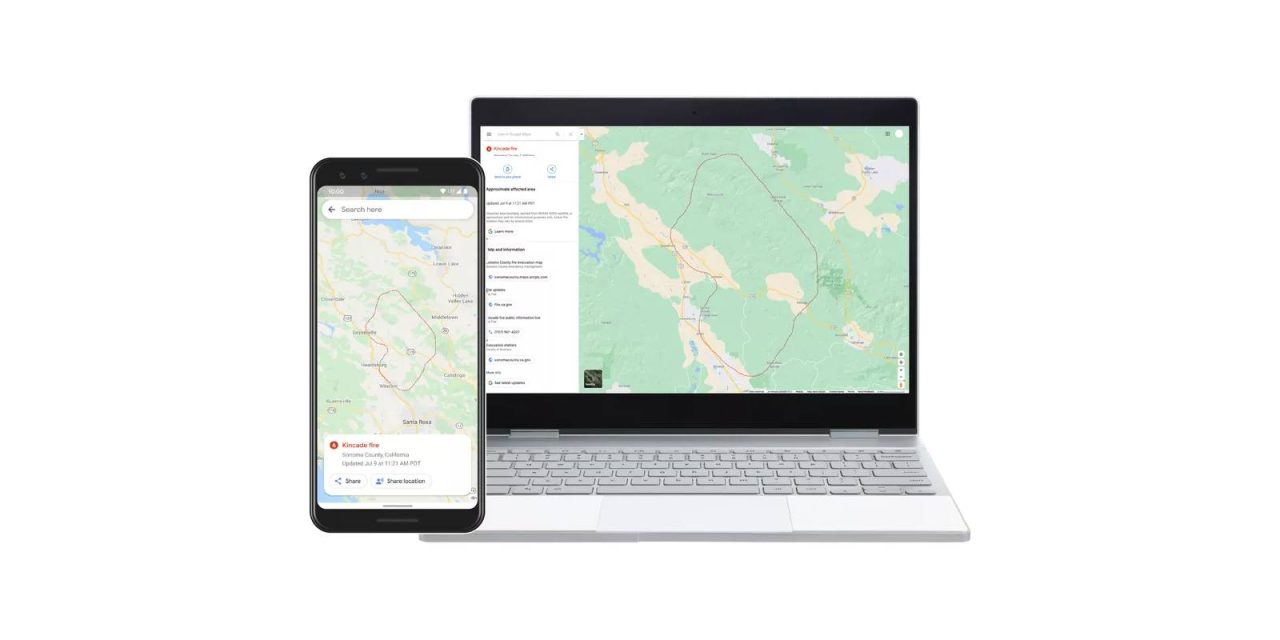 In line with the UN’s COP27 conference this week, Google is announcing expansions for flood and wildfire tracking to new countries as climate change continues to global conditions.

Starting with floods, Google is bringing flood forecasting and alerts to 18 new countries this week. The expansion moves into countries within Africa, Latin America, and also Southeast Asia. Google uses these tools to alert people to flood conditions through Maps and Search with over 115 million alerts having been sent in 2021.

On top of that, Google is also releasing its “FloodHub” tool to the global stage which uses AI to display flood forecasts to determine when and where flooding might occur.

Today, we’re expanding our flood forecasts to river basins in 18 additional countries across Africa, Latin America and Southeast Asia. We’re also announcing the global launch of the new FloodHub, a platform that displays flood forecasts and shows when and where floods may occur to help people directly at risk and provide critical information to aid organizations and governments. This expansion in geographic coverage is possible thanks to our recent breakthroughs in AI-based flood forecasting models, and we’re committed to expanding to more countries.

Further, Google is also expanding support for its wildfire tracking tools in Search and Maps. These tools, first introduced in the United States, use AI models in conjunction with satellite imagery to show the real-time location of wildfires both to alert the general population as well as assist with firefighting efforts. This week, the program is expanding to Mexico and “parts” of Australia in addition to the existing support in the United States and Canada.

We detect wildfire boundaries using new AI models based on satellite imagery and show their real-time location in Search and Maps. Since July, we’ve covered more than 30 big wildfire events in the U.S. and Canada, helping inform people and firefighting teams with over 7 million views in Search and Maps. Today, wildfire detection is now available in the U.S., Canada, Mexico and parts of Australia.

In the same blog post on The Keyword detailing these expansions, Google also says that it is working to expand its “Environmental Insights Explorer’s Tree Canopy Insights tool to hundreds of cities by the end of this year.”