Steam for ChromeOS enters beta with many more Chromebooks supported 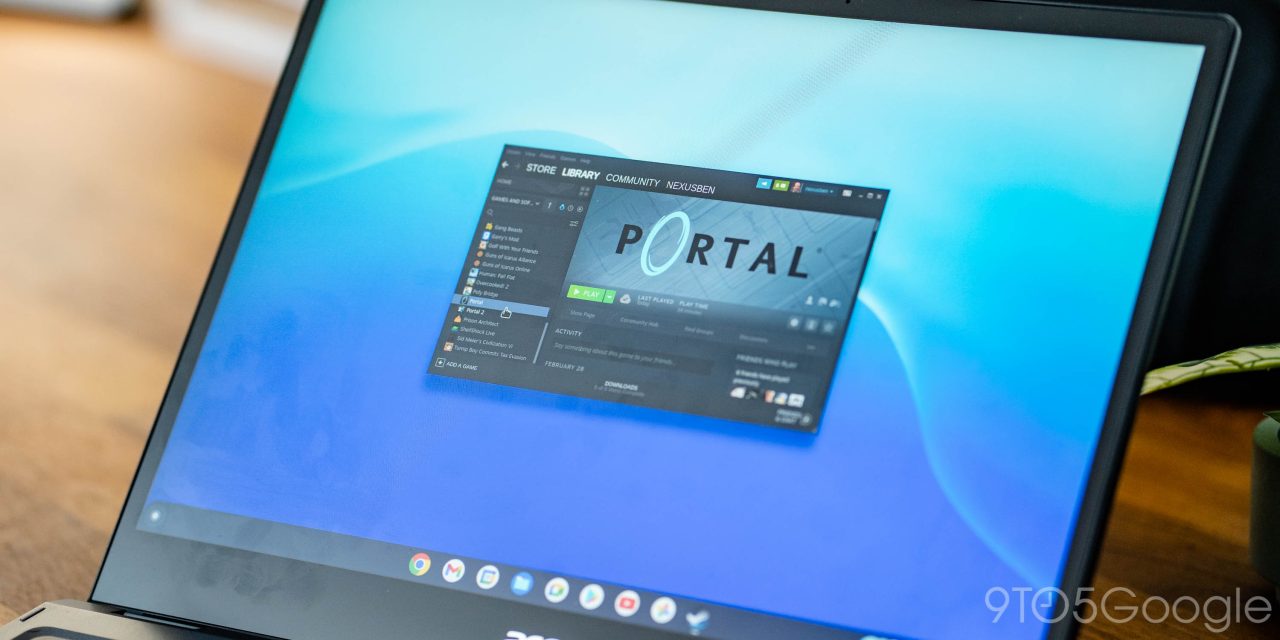 After Android apps and the cloud, Steam is the third way you can play games on ChromeOS. Steam is now entering beta and supporting several more Chromebooks.

The Steam alpha launched in March on the ChromeOS Dev channel. Steam is now in beta and will just require that your Chromebook be on the Beta channel, specifically version 108.0.5359.24 and newer.

Besides switching to a ChromeOS channel that provides more stable day-to-day usability, Google is lowering the hardware requirements and tripling the number of supported Chromebooks. There’s now support for AMD Ryzen 5000 C-Series and 12th Gen Intel, while the minimum CPU requirement has been lowered to Core i3 and Ryzen 3.

That said, Google recommends “16GB RAM and an i5 / Ryzen 5 or higher for the best experience.” The new supported device list is below:

As part of Steam on ChromeOS going beta, the install process is just searching “Steam” in the launcher to start the updated install process when chrome://flags/#enable-borealis is enabled.

On the storage management front, ChromeOS has switched to sparse disk and ballooning for games that download content outside of Steam, while this improves file access performance for Proton titles. Existing alpha users need to uninstall and reinstall Steam to get these improvements. Meanwhile, when there’s an active game download in the background, devices will no longer sleep.

Speaking of performance, there’s now Vulkan 1.3 and initial DirectX 12 support to improve “how shaders are stored and persisted.” Google has improved its “scaling system so you can now performantly play many more games on QHD and UHD displays, and see the performance benefits of reducing in-game resolution on all displays.” There are several other notable updates to the Steam for Chromebooks beta:

Google’s recommended games list now has 50 new titles with the full one below:

Major issues affecting the whole system should be uncommon, and hundreds of Steam games are now playable on a wider variety of Chromebooks