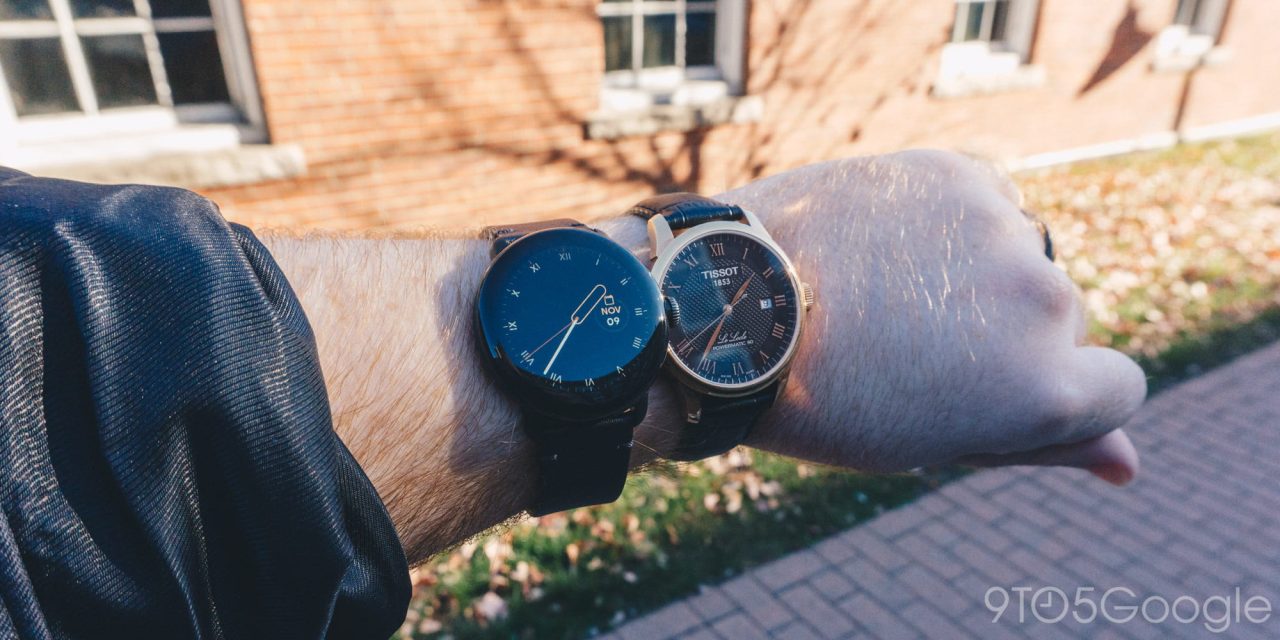 At launch, most of Google’s first-party bands for the Pixel Watch were — and for now still are — intended more for casual, comfortable wear. While more premium options are on the way — like the Metal Mesh and Metal Links bands — the Crafted Leather Band is one of the only luxury Pixel Watch accessories available today.

The band connects to the Pixel Watch using a stainless steel connector. The connector and band clasp are color-matched to one of two shades of the watch. Without a closer inspection, one could easily be fooled into thinking the connector of the Crafted Leather Band is built directly into the Pixel Watch.

My only disappointment is in the choices of colors available, especially when compared against the Pixel 7 Pro. As you’d expect, the Obsidian band matches the Obsidian watch and phone. However, where the Pixel 7 Pro’s Hazel shade features gold accents, the complementary Ivy band for Pixel Watch is paired with a silver connector. Worse, there’s no Crafted Leather Band option color-matched to the Champagne Gold Pixel Watch.

Moving on, the leather portion of the band is attached to the Pixel Watch band connector just like any other 20mm watch band. With a little help from a standard watchmaker’s tool, you can take advantage of this to use almost any watch band with your Pixel Watch, but Google’s leather band is well worth the cost on its own.

There’s no mistaking that Google’s Crafted Leather Band is made from genuine Italian leather, giving it a premium look and feel. The leather is on the thicker side, starting out a bit rigid until it gradually conforms to the shape of your wrist. Along the sides, the edges have been covered to be smooth and keep the layers together.

In a weird way, I appreciate the rounded rectangle shape of the end of the band. It feels like a small continuation of the card metaphor of Material Design and of the shape of the Pixel series.

Google’s Crafted Leather Band is suitable for every day and overnight use alike, at least when it comes to comfort. The only issue you may run into, in terms of daily use, is that the band is not resistant to sweat or water. That means you’ll want to swap back to another band during warmer months or before doing any exercise.

If I know there’s a chance of getting splashed with water, such as when doing dishes or washing my hands, I’ll find myself taking the watch off entirely. I’ve accidentally gotten the band wet at least once with no noticeable damage done, but I don’t intend to push my luck. Once you get the hang of Google’s Pixel Watch band connection, it’s a matter of seconds to switch bands, but it can still be a mild hassle if you want to switch to a sweat-resistant band any time you want to work out.

More than anything else, though, everything about the Crafted Leather Band for the Pixel Watch feels just like it would on a traditional luxury watch. It really begins to make Google’s smartwatch feel like the $430 (combined price) piece of jewelry that it is, making it one of my favorite bands.

If you’re looking for a watch band that lets you dress up the Pixel Watch to be more formal, you truly can’t go wrong with Google’s Crafted Leather Band — assuming you bought a Silver or Obsidian watch. The premium band gives the Pixel Watch the feeling of a classic timepiece, going hand-in-hand with Google’s efforts with the Pixel 7 series to make its phones more like jewelry.