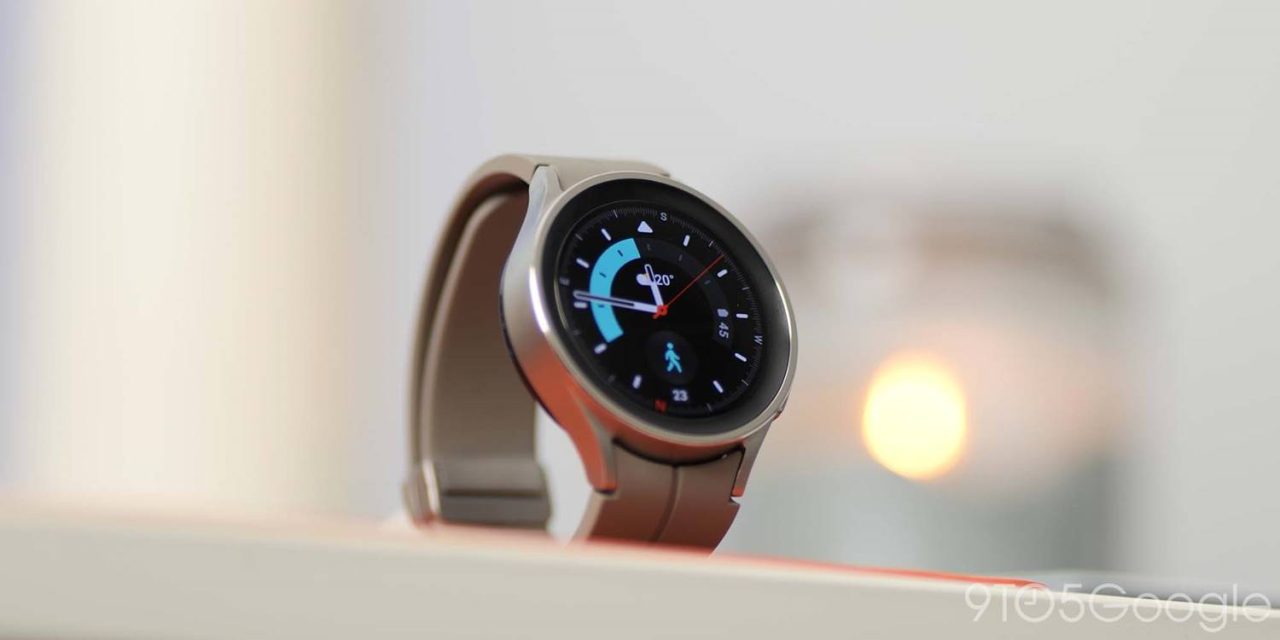 All of today’s best deals are now headlined by Samsung Galaxy Watch 5 Pro on sale for only the second time and landing at $399. Then go check out the all-time low discount on Motorola’s Edge 2022 handset at $500 with an OLED screen, as well as the stylish Ultimate Ears WONDERBOOM 3 speaker at $70. Hit the jump for all that and more in the latest 9to5Toys Lunch Break.

Amazon is now offering one of the very first chances to save on the new Samsung Galaxy Watch 5 Pro. Dropping the new 45mm smartwatch down to $399, today’s offer is down from its usual $450 price tag for only the second time and delivering the second-best discount to date. Samsung’s flagship Galaxy Watch 5 Pro delivers all of its usual fitness tracking tech but with an even more premium and rugged design. The titanium case protects all of the new features inside, like the circular sapphire glass display and the 3-in-1 bioactive sensor for handling all of your workout measurements. There’s also an even more accurate body temperature sensor to complete the package with a larger battery to boot. You can learn all about the Wear OS experience in our hands-on review.

If the more rugged build isn’t a must, Samsung’s standard Galaxy Watch 5 models are also on sale right now. Also hitting the second-best prices to date at Amazon, pricing starts at $249 for the 40mm style while stepping up to $279 for its larger 44mm counterpart. Both of these sport much of the same features as the lead deal, just with designs that aren’t quite as suited toward more rugged endeavors.

Amazon is now offering the first chance to save on the new unlocked Motorola Edge 2022 Android smartphone since it launched earlier this fall. Dropping down to $500, today’s offer is down from the usual $600 going rate and marking a return to the all-time low. We last saw it go up for sale for the same price back in September before the handset even officially shipped, and now two months later, another discount has returned. The new Motorola Edge 2022 arrives centered around a 6.6-inch FHD+ OLED display that runs Android 12 at 144Hz. The MediaTek Dimensity 1050 chipset comes backed by 8GB of RAM and 256GB of storage, which also powers the 5G connectivity and Dolby Atmos speakers. Its internal 5,000mAh battery is then backed by support for Qi wireless and wired TuboPower 30 charging.

Amazon is now offering the Ultimate Ears WONDERBOOM 3 Speaker for $70. Marking the first time we’ve seen all four colors go on sale together, today’s discounts are down from the usual $100 price tag in several different styles in order to deliver 30% in savings. This is also a new all-time low, which undercuts our first mention last month by an extra $15.

Arriving with a handheld form-factor that’s backed by IP67 water-resistance for serenading you in the shower and more, the speaker can also float in water and packs the brand’s usual fabric-wrapped design. That build is now made of recycled materials, and arrives with improved battery compared to the previous-generation model with 14 hours of playback on a single charge rounding out the package around a 360-degree internal speaker system and stereo support. Detailing everything else that’s new this time around, our launch coverage offers a better idea of what to expect.

Amazon is now offering the official Samsung 9W Qi Wireless Charging Pad for $28. While you’d more regularly pay $40, today’s offer amounts to the first notable price cut since back in May when it landed at the all-time low that’s $3 below this offer. You’re then looking at the second-best price to date at 30% off the going rate.

Delivering a first-party charging experience for less, this in-house Qi pad complements your Galaxy handset with 9W charging speeds. It has a streamlined build that won’t take up too much space on the desk or nightstand, and this package even includes a wall adapter and USB-C cord.

Amazon is now offering the Fitbit Charge 5 Fitness Tracker for $100 in three different styles. Normally fetching $150, today’s offer amounts to 33% in savings while also delivering a new all-time low. We last saw it on sale back in October, which was for $120, for comparison.

Sporting an always-on OLED display, Fitbit Charge 5 is the brand’s latest fitness tracker and delivers a series of specs to back that up. Alongside heart rate and sleep tracking, there’s also SpO2, a new Daily Readiness Score, skin temperature, and the just-released ECG monitoring. There’s also 7-day battery life to round out the package alongside a refreshed and premium design. Dive into our launch coverage.