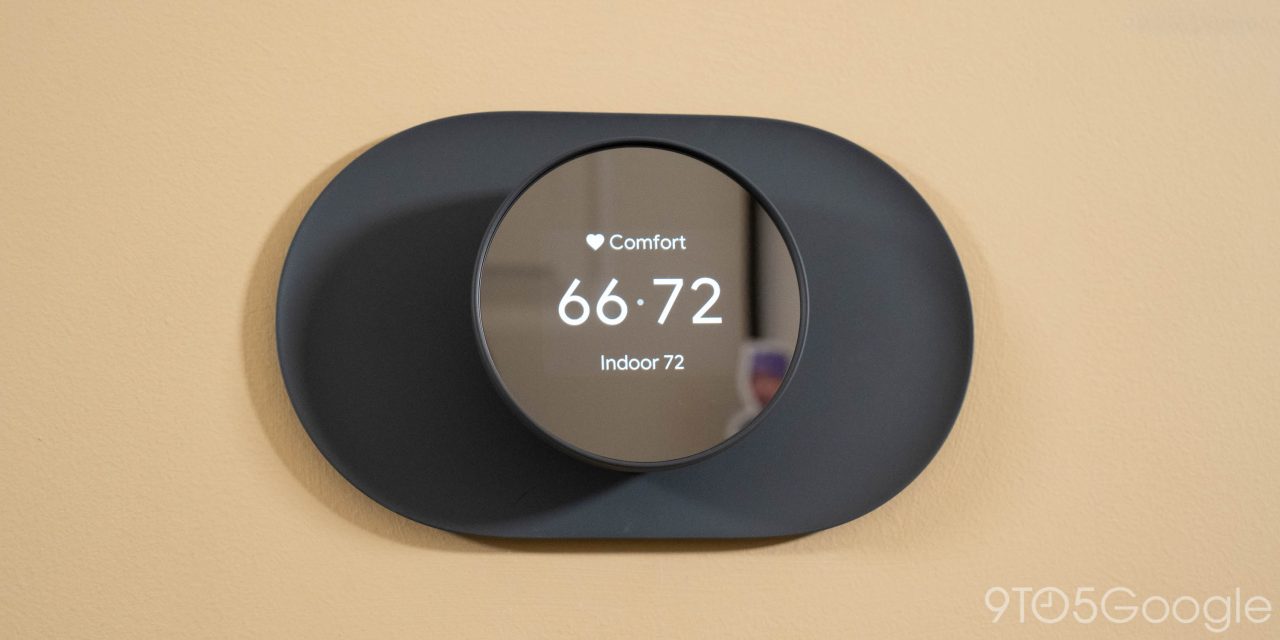 All of today’s best deals are now headlined by Google’s latest Nest Thermostat falling to $90. That’s on top of Jabra’s latest Elite earbuds starting at new 2022 lows of $50, as well as the annual Sonos Black Friday Sale going live. Hit the jump for all that and more in the latest 9to5Toys Lunch Break.

Amazon is now offering the Google Nest Thermostat for $90 in several styles. Down from the usual $130 price tag, today’s $40 discount is delivering the first discount in months while also arriving at one of the lowest prices of all-time.

Arriving as the latest in-house option for bringing voice control and scheduling to the climate control system, Google Nest Thermostat arrives with a refreshed form-factor that’s centered around a frosted glass aesthetic with LED display. Ideal for keeping things comfortable without lifting a finger this winter, you can leverage Assistant to fight back against the cold with voice controlled or even automated heating. Get a closer look in our hands-on review.

Amazon is now marking down nearly all of Jabra’s latest true wireless earbuds to the best prices of the year. Shipping is free across the board. A top pick this time around is the Jabra Elite 7 Pro ANC Earbuds for $120. Down from $200, you’re looking at a match of the all-time low for one of the first times at $80 off. This is $10 below our previous mention, as well.

Having launched earlier in the year, these flagship-caliber earbuds from Jabra arrive with active noise cancellation as the headlining feature on the Elite 7 Pro. Then there’s the true wireless design that brings a series of smart features into the mix like Google Assistant and multipoint Bluetooth to supplement the 8 hours of listening. Not to mention the companion charging case that bumps it up to 30 hours of usage. See how Jabra balances the sound quality with all of the high-end features in our hands-on review.

The Sonos Black Friday deals are now officially live for the 2022 holiday shopping season. Delivering some rare chances to save across the board, everything is marked down to the lowest price of the year courtesy of Sonos direct, as well as other retailers like Amazon in some cases with free shipping all around regardless. Our top pick is the Sonos Arc Smart Soundbar, which drops to $719 at Amazon. Normally fetching $899, this one saw a price hike pretty early on in the pandemic and has never dropped this low in the history of the product’s release. Now at $180 off, you’re looking at a new all-time low and notable chance to save.

Arriving as the brand’s most capable smart soundbar, Sonos Arc delivers eleven drivers in a sleek design for a streamlined home theater setup with Dolby Atmos alongside all of the other staples of the ecosystem. That includes AirPlay 2 support, Trueplay audio, surround sound support, and integration with the rest of the Sonos speaker lineup.

Amazon is now discounting both of NVIDIA’s streaming media players, with the flagship Shield Android TV Pro leading the way at $175. Marking one of the very first times this year to save, we haven’t seen a discount go live since back in August where it sold for $5 less. This is down from $200 and amounts to the second-best price of the year at $25 off. NVIDIA Shield Android TV Pro arrives as one of the more high-end streaming media players on the market with plenty of notable features. First and foremost is onboard Plex support with hardware transcoding, allowing you to create a server just by plugging in a USB hard drive or connecting to a NAS. Of course, there’s access to all of the usual streaming services on top of 4K HDR playback, Alexa support, and more. A recent update also rolled out that brings low-latency playback, night listening, and more to the Android 11 experience.

Also on sale today, Amazon is currently offering the NVIDIA Shield TV Stick for $125. Normally fetching $150, you’re looking at yet another rare chance to save as the lead deal, with today’s offer matching our previous August mention for the 2022 low. This is also only the third price cut of the year, much like the flagship offering. While not as capable as the Pro model above, the Stick version of NVIDIA Shield packs much of the same Android TV features with 4K HDR playback, too.

Anker’s official Amazon storefront is now offering its Soundcore Liberty 3 Pro ANC Earbuds for $85 in all four styles. While you’d more typically pay $170, these recent debuts from Anker are now down to new all-time lows with 50% in savings attached. At $15 under our previous mention, this is one of the first times under the $100 mark.

Arriving as a notable alternative to the likes of Apple or Samsung’s flagship earbuds, the Soundcore Liberty 3 Pro packs a compelling spec sheet. Alongside sporting personalized active noise cancellation there’s 32 hours of battery life thanks to the Qi-enabled charging case with a platform-agnostic focus. Get a closer look at all of the features on Anker’s latest flagship earbuds in our hands-on review.