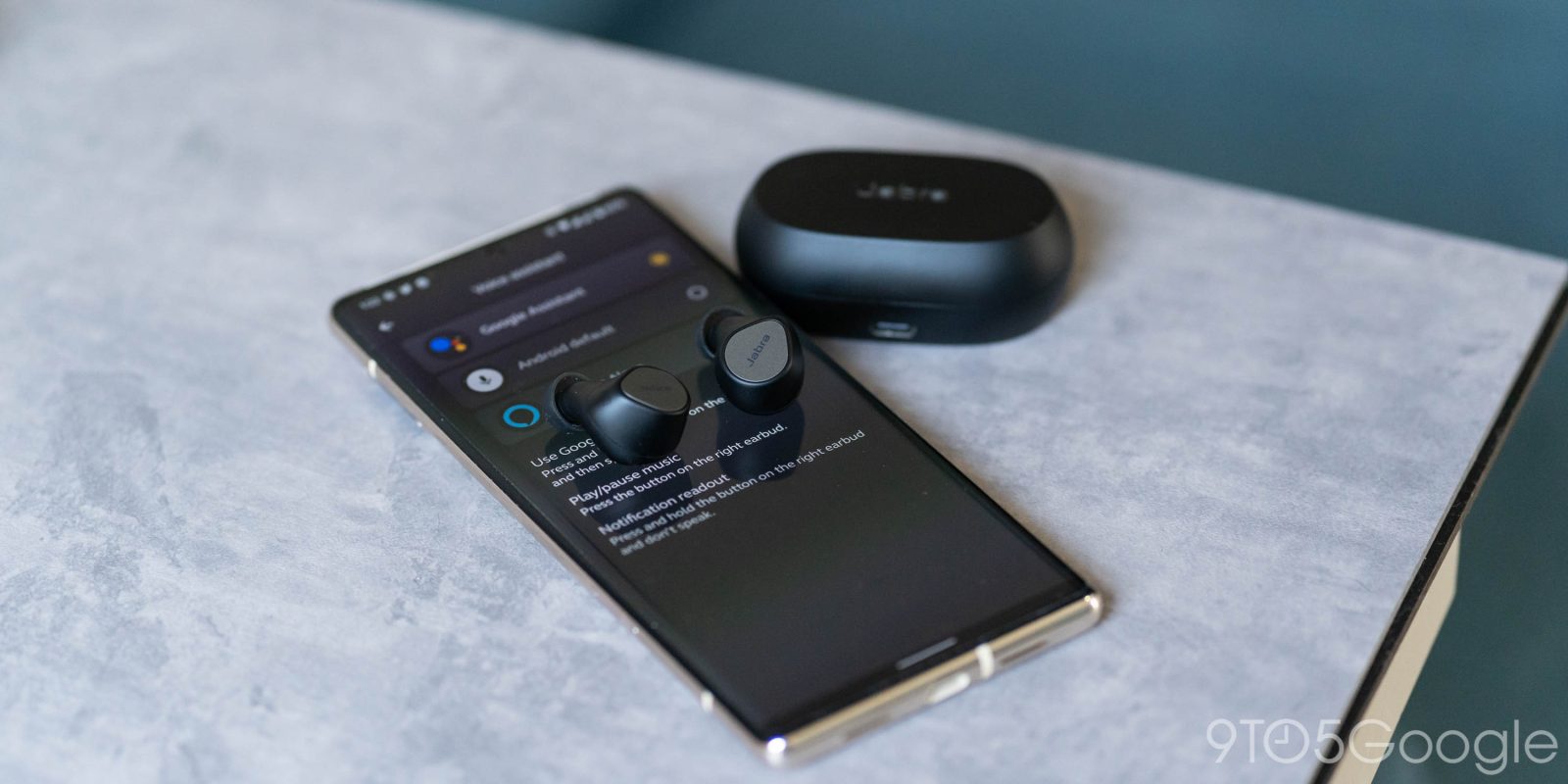 Some of my favorite earbuds in recent memory have come out of Jabra’s Elite lineup, with great fit, reasonable cases, and very good audio quality to boot. However, the company’s latest high-end model feels like a step back, as Jabra Elite 7 Pro has lesser sound quality despite its long-overdue addition of Google Assistant and other features.

Over the past few weeks, I’ve been using Jabra’s Elite 7 Pro earbuds alongside a few other models, with some mixed feelings on the setup as a whole.

Starting with the good. In terms of the hardware, I love how Jabra has switched things up. The earbuds themselves have a familiar shape that fits well in the ear and provides a nice seal for passive noise blocking on top of the added active noise cancellation. I didn’t have any issues with the earbuds falling out during my time using them, even during activities such as shoveling snow and other outdoor work. The case, too, is a great change of pace. It’s not as tall as past iterations of Jabra’s lineup and remains thin. It’s wider and thicker compared to, say, Apple’s AirPods case, but roughly on par with Google’s Pixel Buds and AirPods Pro.

As usual, another perk is battery life. Jabra quotes eight hours from the earbuds themselves, and that lines up with the results I’ve been seeing. The addition of Qi charging is also appreciated. The only odd thing about the case is that the USB-C port is on the front of the case, which is very unorthodox. But hey, it gets the job done regardless.

Jabra’s feature set is also evolving for the better with this latest generation. Finally, mono-mode works properly, so either earbud can be used on its own for music or calls. This is something that was certainly frustrating with past models, and I’m really glad to see it’s been fixed.

Multi-point pairing (multiple devices at once) is also a welcome feature I wish was available on more earbuds. My testing of this feature was relatively limited, though. The setup was straightforward. I paired the earbuds to my phone, then restarted pairing for my PC. With the PC connected, I then went into the Bluetooth menu on my phone to reconnect and the buds chimed in saying that “two devices are connected.” This message repeated when I put the buds away and then took them back out. The only catch? I couldn’t get audio to play reliably. Spotify on my phone kept pausing, and audio from YouTube on my PC wouldn’t play. The feature is supposed to handoff based on what’s currently playing audio and pause the other device, but for whatever reason, this didn’t reliably work with my exact setup. A shame, but at least something that doesn’t seem to be widespread.

Calling was also, as always, stellar thanks to Jabra’s solid microphones, but the “plugged” feeling when wearing both earbuds left me making calls scarcely on Elite 7 Pro. HearThrough helps, and it sounds better than most again thanks to the quality microphones. Those mics also contribute to active noise cancellation, but it’s not exactly a star feature. The ANC is fine, but average at best.

Then, there’s better Google Assistant integration. Finally, Jabra’s earbuds support the same excellent Google Assistant integration found on Google’s Pixel Buds, minus the “Hey Google” hotword. This is similar to the support available on headphones from Sony and JBL, and I’m so glad it’s finally available. Assistant can be mapped a single, double, or triple-tap of either earbud’s button and works as a push-to-talk style. Commands are handled quickly, and quick access to a notification readout is very much appreciated.

Setup on Google Assistant support for Jabra Elite 7 Pro is a breeze for first-time users, but if you already own these buds or paired them before the latest update, you’ll have to unpair and re-pair to get in on the feature. To get notifications read aloud as they arrive, you’ll also need to grant access to the Google app if you haven’t already.

Unfortunately, what really hurts this package for me is just the sound quality itself. Where previous Jabra earbuds were known for crisp audio with deep, sometimes overpowering bass, Elite 7 Pro feels like a huge overcorrection.

Jabra was certainly right to tone down its bass, but it came with the sacrifice of the overall quality. Highs often feel “shrieky” to me now on some high notes including the ones in “Come to Your Senses” from “Tick Tick Boom,” and lows aren’t nearly as impactful as they were in other songs.

The sound quality isn’t bad, and the EQ still works wonders in the pretty-good smartphone app, but gone are the day of Jabra’s flagship outshining the competition. The v2.0 update that rolled out in late January does improve the sound quality from its original state, but it’s still not as good as it should be.

At $199, Jabra Elite 7 Pro carry a hefty price tag. The feature-set is worthy, but the sound quality, at least in my opinion, falls short of that asking price. With a decent sale, they’re worth picking up – there really is enough good here to keep them a contender – but I find the retail price really hard to swallow.