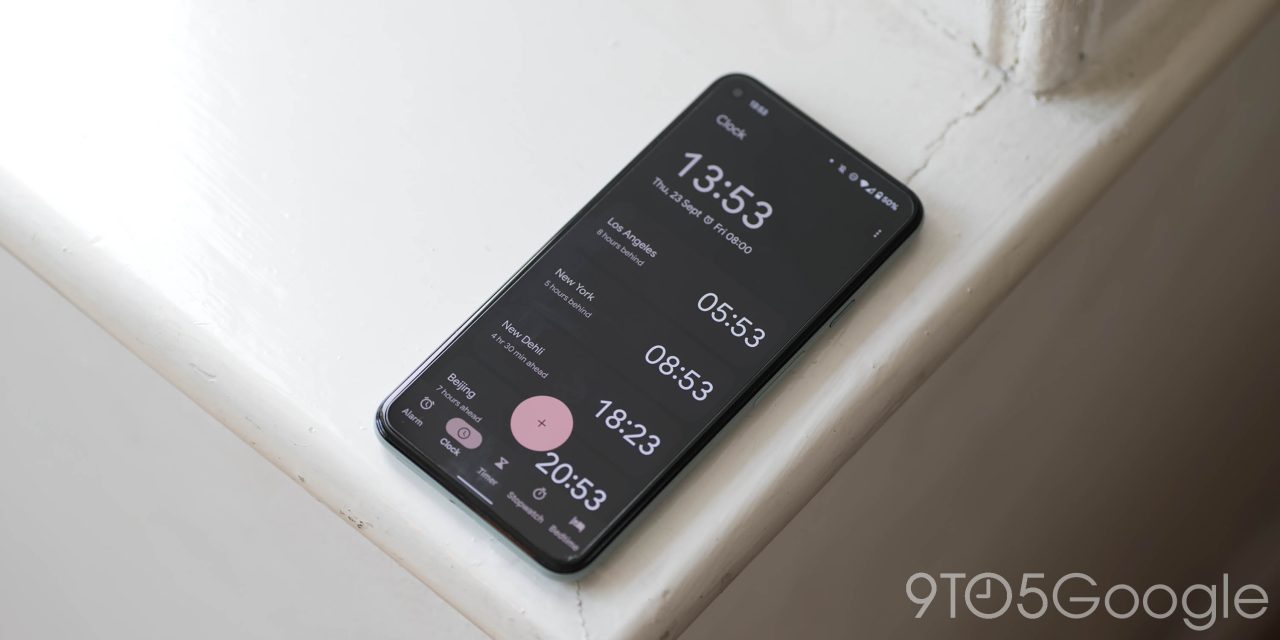 Google Clock 7.4 is rolling out a new interface for timers, while the update is also testing a tweak to how you turn off alarms.

Today, a pill container houses controls to “Snooze” and “Stop” an alarm. You swipe left or right to end the current ringing and vibrations.

Artem Russakovskii spotted a new alarm UI that opts for simple buttons. However, this change appears to be in the testing phase as the devices we installed Clock 7.4 on still use the swipe method. So far, we’ve only seen that one report about this new approach. (Do shout in the comments below if you’re seeing this change after updating.)

It’ll take some time to relearn the new behavior, but buttons are ultimately easier and more straightforward. The old approach is rather heavy-handed that a swipe is needed to turn off the alarm.

Meanwhile, in Settings > Alarms, the “Volume buttons” menu has a new “Do nothing” option that joins Control volume, Snooze, or Stop.

This redesign for timers that have been triggered does not introduce any new functionality. The layout is just reorganized with the duration listed in the top-left corner, while how many seconds/minutes you’re overdue is placed in a circle. Buttons for adding a minute and stopping are now of equal size, as well as centered.

The last update to Google Clock (version 7.3 in October) made it easier to manage multiple timers.

Google Clock 7.4 is not widely rolled out yet via the Play Store, but you can sideload it today.

Meanwhile, Calculator 8.4 is widely available today and adds its own themed icon, with very minor tweaks, instead of relying on the Pixel Launcher.