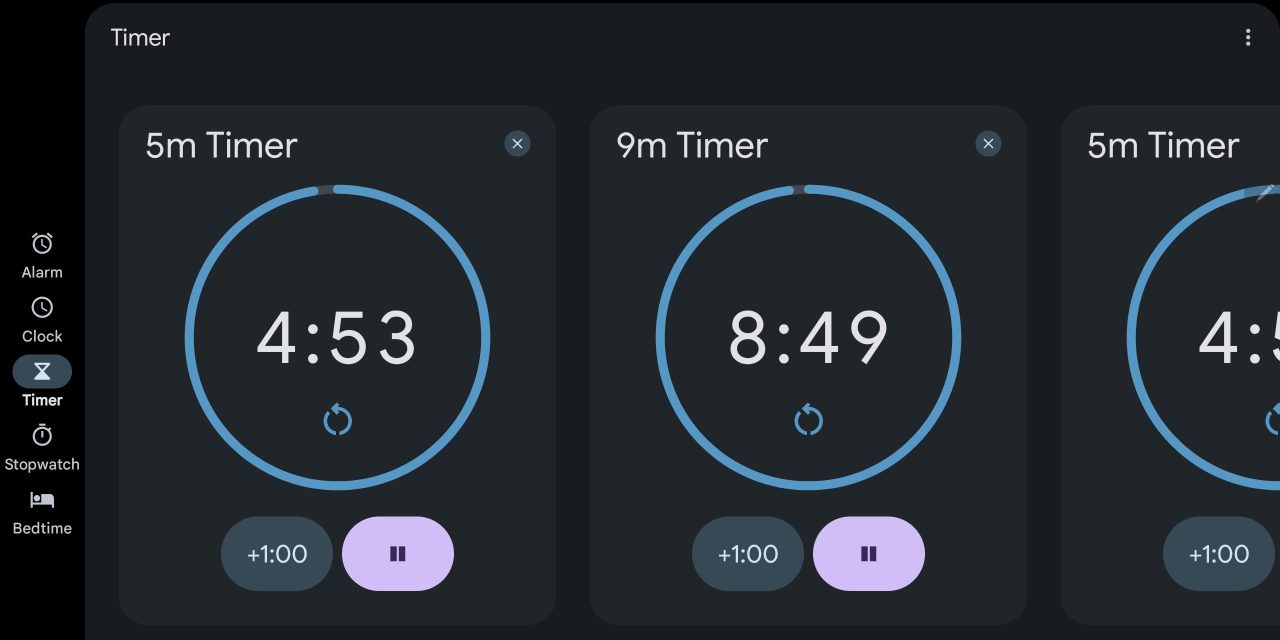 After debuting on the Pixel 7 and 7 Pro, the latest version (7.3) of Google Clock is widely rolling out with a pair of appreciable usability tweaks.

In the first tab, you’ll notice that expanding alarm reveals a “Pause alarm” button that lets you “select the dates to pause your alarm.” You can either select start and end dates by tapping on the month view or entering via numpad.

This is much better (and safer) than toggling an alarm off and potentially forgetting to re-enable once you’re back on schedule.

Meanwhile, the Timer tab does a better job of handling multiple active countdowns. Instead of only being able to see one at a time (and needing to scroll), each timer is a compact card with the Clock app fitting multiples on the same screen. The original increment is noted at the top with a tap letting you rename. A delete button is to the right of that, while you can quickly reset from within the circular countdown indicator.

The button for adding another minute is much more prominent with Google doing a good job of making things more obvious. The previous interface could be described as nice to look at and minimalistic, but it’s too clever by half for a tool that should be very straightforward given the heavy usage. Hidden UIs are unnecessary here, while it looks great on a tablet.

Google has also changed the screen that appears when a timer goes off to be brighter with a background color and tweaked buttons that are smaller.

Version 7.3 of Google Clock is widely rolling out to Pixel phones and other devices via the Play Store. Meanwhile, Google is also rolling out an update to Calculator (8.3) that doesn’t appear to have any significant changes.