How to get started automating your home with Android Wear (Video) 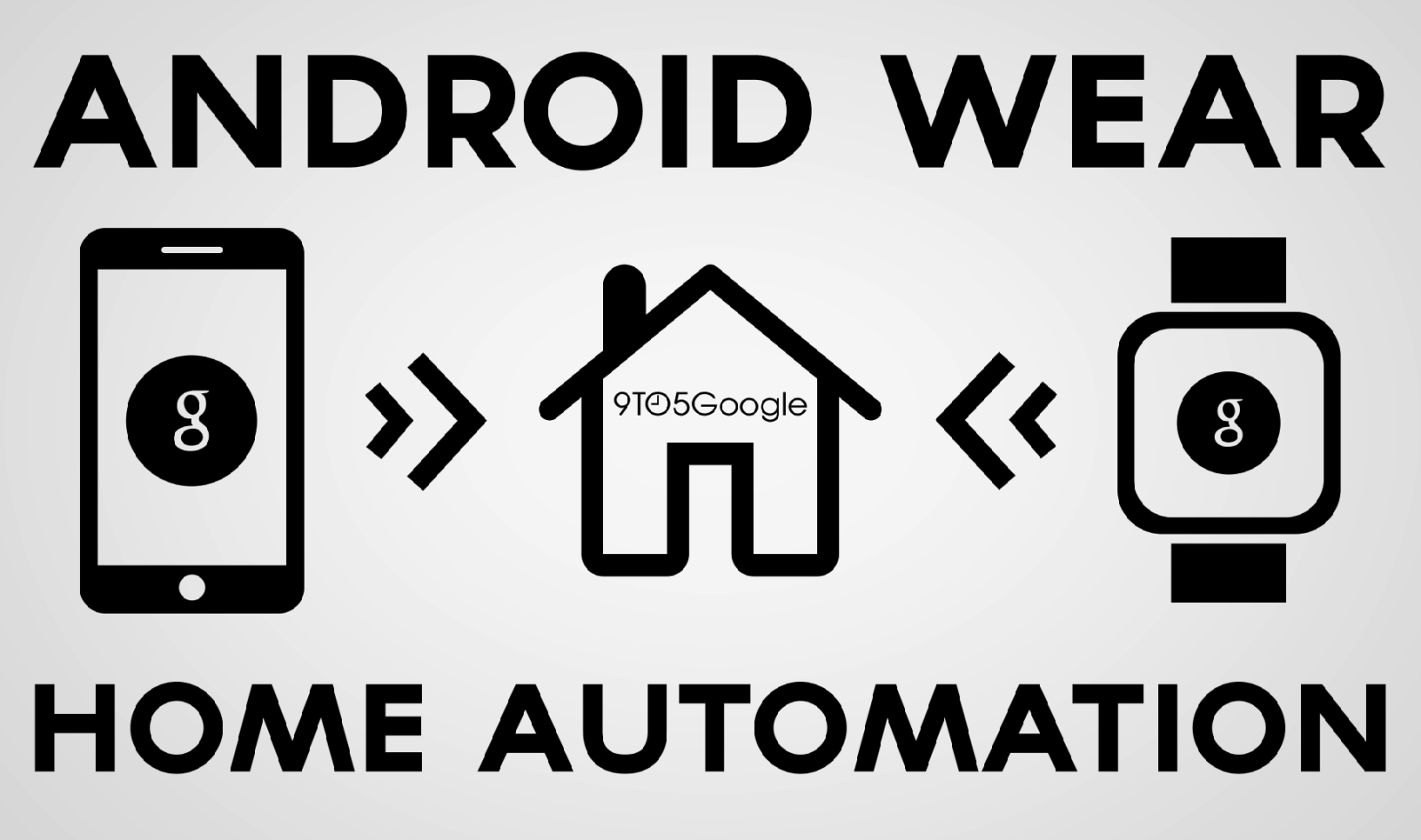 Wouldn’t it be cool if you could tell your watch to change the temperature, turn on/off lights, or perform various tasks on your computer? Well, thanks to Android Wear and some third party services, you can transform existing smart devices around your house into fully automated tasks using a device like the Samsung Gear Live, Moto 360, or LG G Watch.

The process will slightly vary between different Android devices and “smart” devices in your house, but we’ve put together the groundwork necessary so that you can build on these ideas in your own home. The setup procedure is a bit more than some people would like to go through, but in the end saying simple commands from a smartwatch to control things in your house is absolutely worth it.

To start things off, it’s important to note that in the demo video below, we’re using Philips Hue bulbs, a Nest Learning Thermostat, Belkin Wemo switches, and even a couple of Macs. The result is, complete automation using single commands to the LG G Watch. While this isn’t an in-depth step-by-step setup tutorial, it will provide you with everything you need to know in order to get this up and running in your home.

Check out the video below for a detailed overview:

First, it’s important to understand how Android Wear and Google Now work together. An Android Wear device is connected to your smartphone via Bluetooth and directs any information its given straight to that smartphone. So when I give the smartwatch a command, it’s then sent via Bluetooth to my Samsung Galaxy S5 where Google Now processes it and returns the proper information on the smartwatch. This is how Android Wear works.

It’s not necessary to have an Android Wear device to make any of this possible. Following our overview will give you a smartphone that’s capable of doing the same thing. Because of how this all ties together, it’s possible to set up a combination of apps and services on your Android device to take advantage of the passthrough from the Android Wear smartwatch. You’ll need the Xposed Framework installed so that you can install the Google Search API module for Xposed. This little gem taps into the Google Search/Google Now capabilities of your device and allows them to be manipulated outside of the basic search and features that Android offers.

Next up, you’ll need an Android app called Tasker ($2.99) and a plugin for Tasker called AutoVoice ($1.57). Tasker will allow you to automate various tasks on your device based on rules you setup. (See the video for an in-depth explanation.) AutoVoice for Tasker actually has a plugin for the Google Search API that will intercept commands given to Google Now (voice or text) and spit it into Tasker to perform actions (or tasks) based on specific voice commands configured within the app. If you’d like to find out more about Tasker or any of its plugins, there’s an excellent Tasker Tutorials channel created by Armando Ferreira on YouTube. If you happen to have Philips Hue bulbs, you can download AutoHue ($1.29) which is a plugin that works with Tasker to allow you to control Hue bulbs based on specified rules. Tasker, AutoVoice, and AutoHue are all available in the Google Play Store.

The final ingredient to home automation madness is IFTTT (If This Than That). This website works similar to Tasker, but has a lot more “smart devices” with native integration. We’re using IFTTT to control the Belkin Wemo switches and Nest Learning Thermostat, but I’ll get to that in a little bit.

So if you’re still following along, have a rooted Android device, and have installed the items listed above, let’s dive into the meat and potatoes here. There are so many possibilities once you’re up and running. You can almost have Android Wear do anything you’d like, within the bounds of each app’s functionality.

When I first got everything up and running, I thought it would be a neat trick to control my Nest thermostat with my LG G Watch. The setup process was rather simple. Nest happens to have full IFTTT integration, and because of this you can make it do certain things based on specific actions. In my case, I setup an IFTTT recipe that would lower the temperature when a text message containing “#hot” was sent to IFTTT from my phone number. After that was configured, I launched Tasker and added a new “State” Profile called “Nest Hot.” For the State Category, I used the AutoVoice plugin within Tasker and configured it to react when the command, “it’s hot” was recognized through Google Now (and subsequently AutoVoice since its hooked into Google Now at this point.)

Next, I created a task that would send an SMS to IFTTT’s number (using the “#hot” message specified above) once AutoVoice/Google Now recognized my voice command from the G Watch. After that, the rest is up to IFTTT and Nest’s integration, but normally the temperature would adjust within three to five seconds. Totally epic.

The next obstacle I wanted to tackle was controlling my Philips Hue bulbs with my watch. Call me lazy, but there’s something very awesome about not having to touch any light switches. Since I already have a smartwatch on my wrist that accepts voice commands, this makes everything so much more convenient.

Tasker has a plugin called AutoHue that works great with Philips Hue for automation. The only downside to this plugin is that it only works while connected to your Wi-Fi network. For outside access to your lights through Android Wear, you’ll need to setup an IFTTT recipe using similar actions that I’ve mention above pertaining to Nest thermostat. But for my use, local Wi-Fi was more than enough. To control Philip Hue bulbs, I’ve setup a voice command Profile State within Tasker such as, “turn off office lights.” Next, adding AutoHue and configuring it with my bridge, specific lights, and one of many commands (I chose “power off” in this case) will complete the process. Once my voice command is recognized through AutoVoice/Google Now, AutoHue takes care of the grunt work and adjusts the lighting accordingly.

I won’t get too in-depth with Belkin’s Wemo devices, but in short, they work with IFTTT and are setup almost the same. Specify a voice command in Tasker and setup a custom hashtag message to send off to IFTTT via SMS, and head over to the IFTTT website for further configuration. Setting up Tasker and IFTTT to control Belkin Wemo devices.

On IFTTT, you’ll need to activate your Wemo channel and configure IFTTT to react when your custom hashtag SMS is received. For example, in IFTTT I’ve setup a recipe that states: If IFTTT receives “speakersoff” via SMS, then turn off Belkin Wemo Insight switch 1. Once it’s all configured, Android Wear and IFTTT do most of the work based on my command.

Yes, you can even control a Mac with Android Wear

As a final addition to my automation masterpiece, I wanted to control my Mac Pro and MacBook Pro. Surely at this point, no task is too difficult for the almighty Android Wear. This is a bit more complex though and I advise watching the above video for a visual explanation.

It’s even possible to control a Mac with Android Wear.

Controlling a Mac is possible thanks to a handful of services. It may be more trouble than it’s worth, but I’m a nerd. Within Tasker, I’ve setup a “Sleep Office” voice command for AutoVoice/Google Now. From there, I’ve instructed Tasker to send IFTTT “#sleepoffice” via SMS. Once IFTTT receives this message, it creates a simple text file in my Dropbox’s IFTTT folder (using the native integration) named “sleep_office.txt.”

Let’s pause on this for a second. On my Macs I have an app called Hazel ($29) that watches specific folders and initiates actions based on rules. Another quick pause. Automator is an Apple application that basically works as a Macro recorder. You can do just about anything with Automator. Find out more about it here. Automator is capable of things like launching an app to processing Terminal commands or running AppleScript and everything in-between. So as you could imagine, the possibilities are almost unlimited in this situation. In my case, I’m using Automator to run an AppleScript, launch Terminal, and run a SleepDisplay command line app I found on GitHub (created by kimhunter) that puts my Mac’s displays to sleep. This command can also be amended to wake the displays as well, but check out the GitHub page for more information on that.

Why go through all of this trouble for simple automation? Well, I’m a nerd and get lost for days in things like this. It fascinates me. The real benefit is the combined output of everything. When I wake up, I can put on my G Watch or grab my Galaxy S5 and say, “wake up office” and have everything turn on and ready by the time I get there. Again, call me lazy, but this is straight up awesome in my opinion. When I’ve finished up in the office, I can say, “sleep office” and just like that, everything turns off.

For individual items like Nest or Hue, often it was actually faster (by far) to use my voice to control the devices. If you have a Nest or Hue bulbs, then you’ll probably agree with the fact that these device’s native apps are a bit slow to load at times. Therefore, automation with the services and apps listed above instantly wins in my eyes.

The only major fault comes from Android Wear’s lack of native integration with these voice commands. Each time you say a command, the Android Wear device will pull up a Google search result based on the words you’ve said. It’s not a deal breaker, but something to keep in mind. You’ll have to swipe away (or ignore until it goes away) the search card after you’ve said the command.

If you’re a technology enthusiast who’s interested in automation and happens to have access to anything I’ve mentioned above, you either already know about this or are currently working on setting it up right now. The fact is, this is where our world is heading. All of this may be a workaround until native integration happens, but it’s a workaround that I’ve found to be very consistent and use daily now.

Most of this sounds complicated and time consuming, but you could get all of this set up in about 20 to 30 minutes. After setup is complete, you’ll never have to adjust it again unless you’d like to modify rules, tasks, or IFTTT recipes. It’s not for everyone, but definitely worth a shot if you’re able to put everything together. I also realize there are several other ways to make all of this possbile, but this happened to be the best setup for my situation.

What do you think about all of this? Leave your comments, suggestions, and opinions down below. We’d love to hear your Android home automation story.