Google granted yet another Glass patent, this time for a Star Trek-like visor 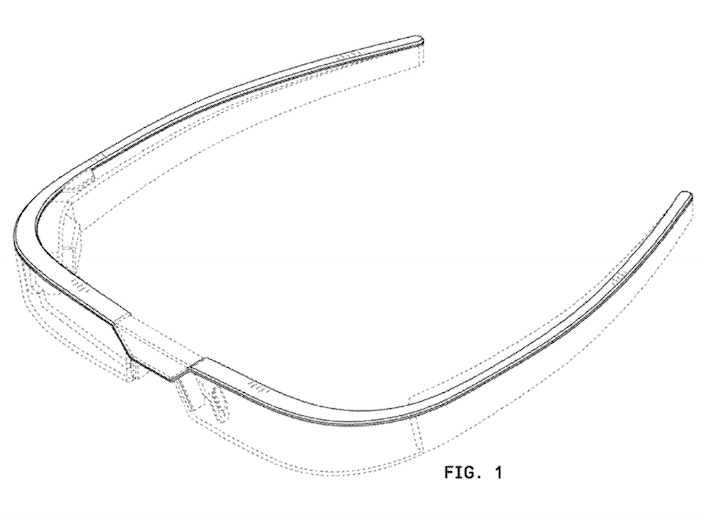 Yesterday we told you about a patent that was granted to Google last week, featuring what appears to be an alternate design for Google Glass. Described as a “wearable display device,” the patent shows a pair of normal glasses with the display technology fitted on the inside—which is unlike the current model’s externally-fitted projector and prism.

Google was granted yet another patent yesterday for what appears to be another alternate Google Glass design, this time depicting frames which are much more along the lines of Geordi La Forge’s visor. Other than that, there isn’t much new to report here. Just like the other patent, this is basically just a set of images and there isn’t much technical knowledge to glean.

Of the inventors listed on the patent are Google engineer Mitchell Heinrich, an important part of the Glass team, who was also listed as the inventor of the more traditional-looking framed design from yesterday.

All of this said, the device does seem to have very much the same sleeker and subtle display technology fitted on the inside of the frames. If you want to check out the full set of images for this patent, number D711,456, head over to the United States Patent and Trademark Office website.