T-Mobile now rolling out Android 4.4.4 and EYE Experience software to its HTC One M8 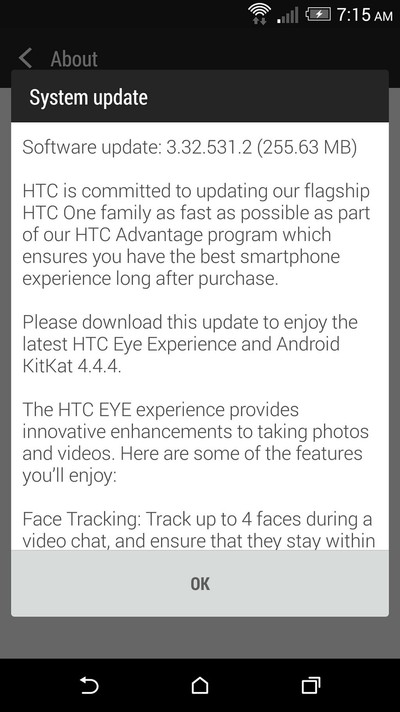 Lollipop may be a couple of weeks away, but several devices are still making the move to the latest version of KitKat. Today, T-Mobile started rolling out Android 4.4.4 to its version of the HTC One M8. Available in the form of a 255.63MB over-the-air push, the new software introduces some security patches and bug fixes, but the highlight of the update is the addition of HTC’s EYE experience.

If you’re a T-Mobile customer rocking HTC’s current flagship smartphone and you’ve managed to get hold of the update, be sure to let us know how it’s treating you.