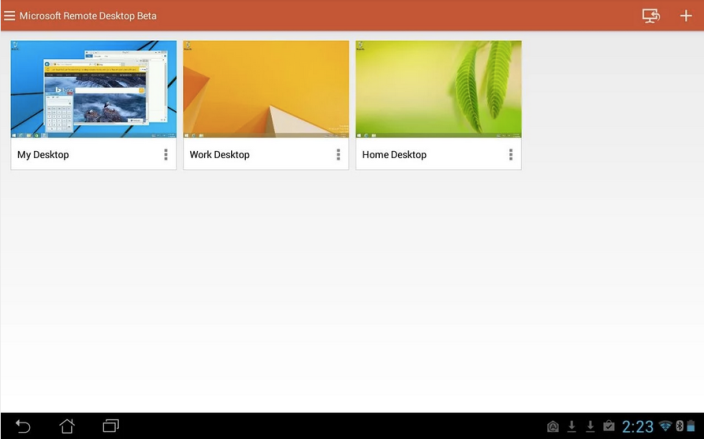 Microsoft quietly added a beta version of its Remote Desktop Android app to Google Play, that introduces some unreleased features that have yet to hit the software’s stable build. Like the company’s other pre-release applications, this new software is likely being used an easy way to collect user feedback.

Based on the software giant’s Remote Desktop Protocol, this beta software features a new UI, improved management for user accounts, and the option to run multiple sessions. In addition to some advanced features, Microsoft’s new Android app ships with access to the company’s Azure RemoteApp. If you’re an adventurous Windows user who doesn’t mind a bug or two, you can now download this new tool directly from Google Play.