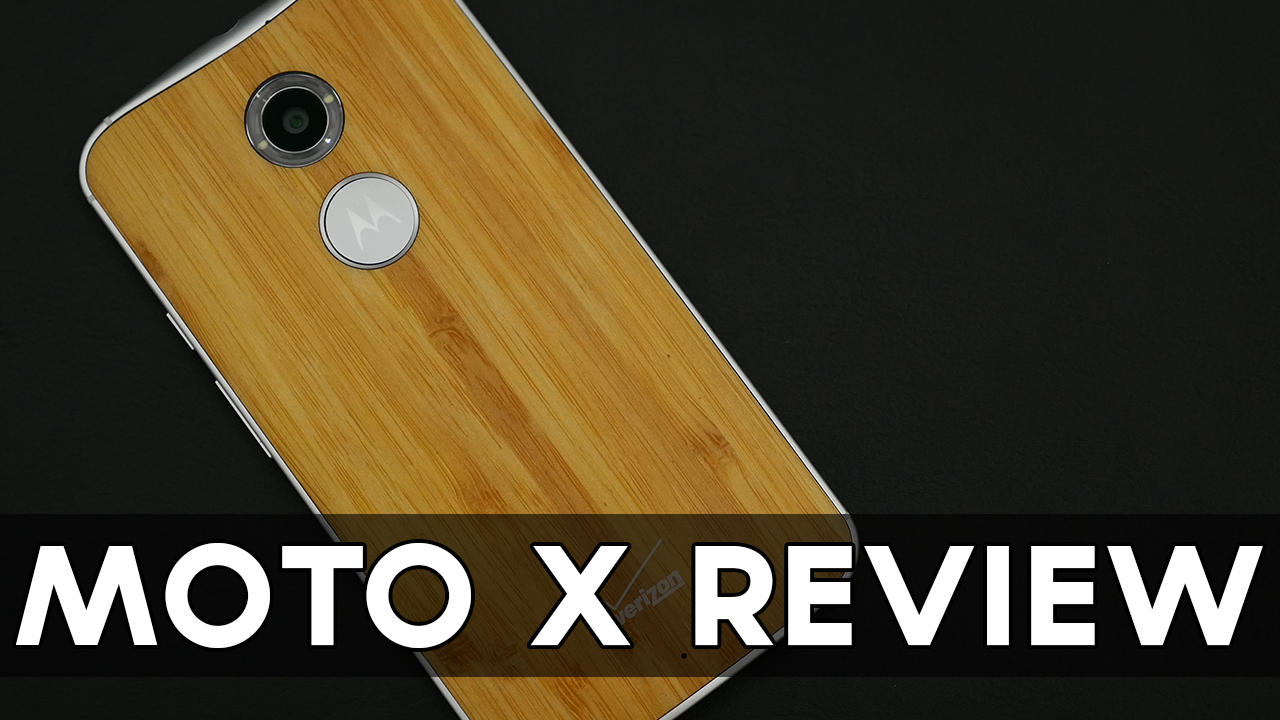 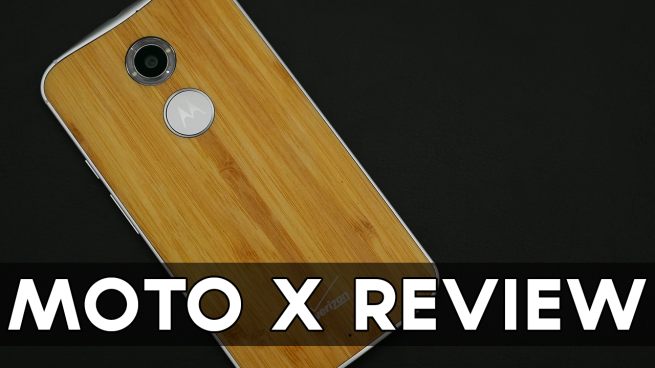 When Motorola announced its revised Moto X, I was pretty excited. I loved most everything about the first generation and had used it as a daily driver for quite some time. This year, Motorola has made a few big changes with the second generation, but are they enough to hold your attention? Well, let’s go ahead and find out…

I’ve been living with the new Moto X for a while now and overall, this is a much better smartphone than its predecessor in almost every way. Once again, Motorola proved that you don’t need the best specs or cluttered software features in a phone to make it great.

The build quality has been improved and the software experience has remained untouched. If you’ve seen the first generation Moto X, this revision will look familiar, but it does fave a few notable changes to the hardware and design.

The Moto X is a large device. With its 5.2-inch display, this is going to be a big jump for anyone that was a fan of the previous model. However, we’re also given a much-improved design this time around. The new design screams premium. It has a perfectly balanced build. In a nutshell, Gorilla Glass 3 on the front side, a sleek metal frame all around, and new customizable back plates tell most of the story here.

You still have the ability to create a custom design with Motorola’s Moto Maker, but there are some additional materials and color choices including leather and the bamboo option I have with my Verizon Moto X. I’m a big fan of Moto Maker and I wish more smartphone manufacturers would offer this level of customization.

The design is what really sets it apart from its predecessors and other plastic-built smartphones out there. The sleek metal frame feels great in the hand and I’m a big fan of the bamboo back cover. Durability with the wood has been fine in my use, but I think that most people will opt for a plastic back. Id’ stay away from the leather version though as any I’ve seen in the wild have worn down quite a bit in a short amount of time.

Oon the right side we have a volume rocker and the lock button. The top side is home to a 3.5mm headphone jack and Nano SIM card tray, while the bottom provides space for the Micro USB charging port. The back of the device features a 13-megapixel camera and dual LED flash that has been arranged within a ring diffuser, but that last bit doesn’t really make a difference in the flash quality. 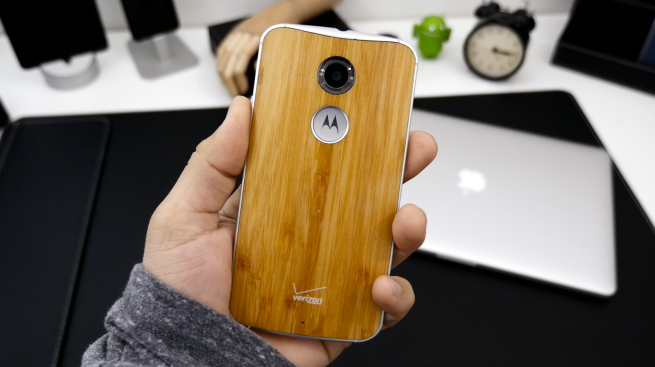 Around the front side we have a 2-megapixel camera and a couple of notable changes. The Moto X also features a single front facing speaker, but the design gives the appearance of two raised speaker grilles. One is actually just an earpiece, but it’s nice having sound coming from the front of a device either way. It’s not the best speaker, but it’s far from the worst one on a smartphone. Motorola has also included 4 infrared sensors that are dedicated to a very specific set of software features.

With a wave of the hand, you have the ability to silence phone calls, alarms, or just simply wake up the display by utilizing the built-in infrared sensors. It’s a handy feature, but as you can see with the white model, it doesn’t look too pretty with all of those sensors on the front. Though that may not be a big deal to everyone. If you’re not a fan of this feature, it can be disabled via software.

Speaking of software, you won’t find any crazy features here, but that’s a big reason why so many people love the Moto X. It’s very simple. Without many software specific features, you’re almost left with a Nexus-like device. That’s not a bad thing, but I tend to be a fan of immersive software features that you won’t find with the Moto X. This is just plain and simple Android. 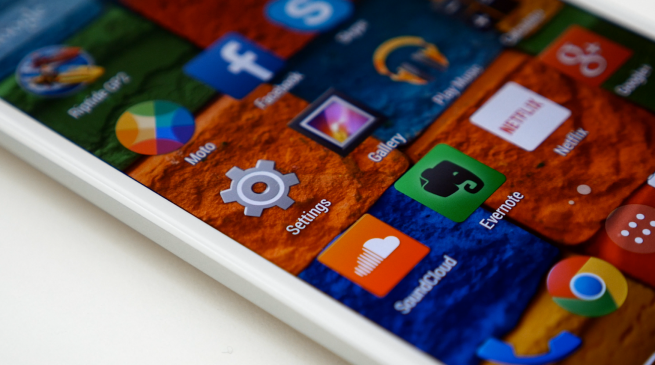 The Moto X runs a clean and near stock version of Android.

Along with that we have the always-listening Moto Voice, but unlike the first generation, you’ll now have the ability to specify a custom voice command. There’s also Moto Assist which will help you manage notifications while sleeping, driving, relaxing, or while in a meeting. It’ll even go as far as reading notifications to you while you’re driving. Pretty neat. Any of these smart Moto features can be disabled within the dedicated Moto app as well.

Motorola’s idea of a great user experience stems from a Nexus-like perspective. Less is more. You won’t find a lot of fancy bells and whistles in Motorola’s software skin, but there’s a huge benefit to this choice. The Moto X is a very snappy device. Motorola’s take on software may be a bit boring for those who enjoy skinned features found with Samsung’s TouchWiz or Sense on HTC devices, but most people will choose long-term performance over features.

The Moto X lacks some of the high-end specs when compared to its competition, but that doesn’t stop it from being a star performer. Running a cleaned up near-stock version of Android, the Moto X doesn’t really need the industry’s latest and greatest to provide a buttery smooth experience.

As for camera performance, well it’s just decent. It’s a 13-megapixel shooter with a dual-LED flash that’s capable of shooting up to UHD quality video. You can still shake the device to launch the camera as well. In my opinion, the camera capabilities are a bit lacking, but I am a big fan of the simplistic layout within the Camera app. It’s not a horrible camera, but I’ve struggled to get great photos from it. The flash isn’t that great and low-light performance is poor overall. I wasn’t a fan of the first generation’s camera and the same thing applies here.

UHD video performance is alright, but like still quality, it’s not the best. Maybe I’ve been spoiled by the optics on other smartphones, but I feel like Motorola could have stepped it up a bit. Also, there’s no optical image stabilization here, so you’ll need a steady hand when capturing video. For more photo examples and a UHD test, check out the above video.

With a much larger display than its predecessor, I definitely expected better battery life on the new Moto X. Well, that’s not exactly the case here. Battery life is decent, but nothing I’d brag about. Most days, I got between 2 1/2 to 3 hours of screen on time. Don’t get me wrong, I wasn’t rushing to a charger at the end of a day, but there are a lot of other options on the market if you need a phone with solid battery life.

Overall, the Moto X has a superior build quality and improvements have been made across the board. I’m a big fan of the redesigned hardware and thankfully, Motorola has kept everything I loved about last year’s design. Some may find the software lacking in features, but that’s also what makes this such a safe and simple device. At the end of the day, if you’re looking for an easy to use Android smartphone that’s snappy and built-to-last, the Moto X is the phone for you. This is the closest thing you’ll get to a Nexus device and that’s been Motorola’s intentions all along. That being said, there’s not a lot that makes this smartphone special. It’s just another solid Android device. Nothing more, nothing less, but that’s alright with me.