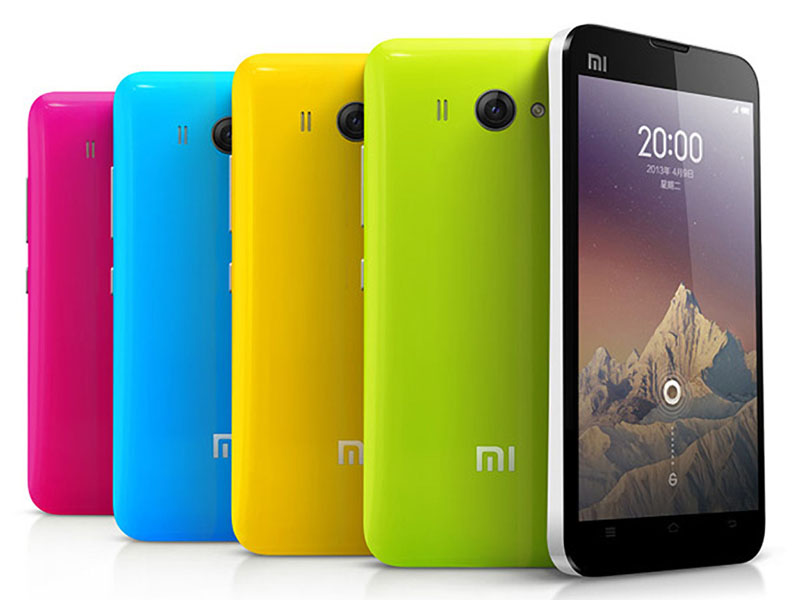 The latest numbers from Strategy Analytics reveal that Chinese handset maker Xiaomi has surpassed Huawei and LG to become the third-largest smartphone maker in the world. Xiaomi has been making impressive strides since recruiting former Google executive Hugo Barra and more than doubling its sales following international expansion.

Samsung and Apple maintained their positions as the first and second largest smartphone vendors worldwide respectively, while Xiaomi experienced significant growth as its market share grew to 5.6% in the third quarter compared to just 2.1% in the year-ago quarter. LG now holds down the fourth spot with 5.2% global market share.

A contributing factor to Xiaomi’s continued growth has been its success at selling entry-level devices in emerging markets such as China and India, regions where more premium companies like Apple have had less presence. Xiaomi plans to expand its footprint in Asia and Europe to further bolster its growing smartphone business. 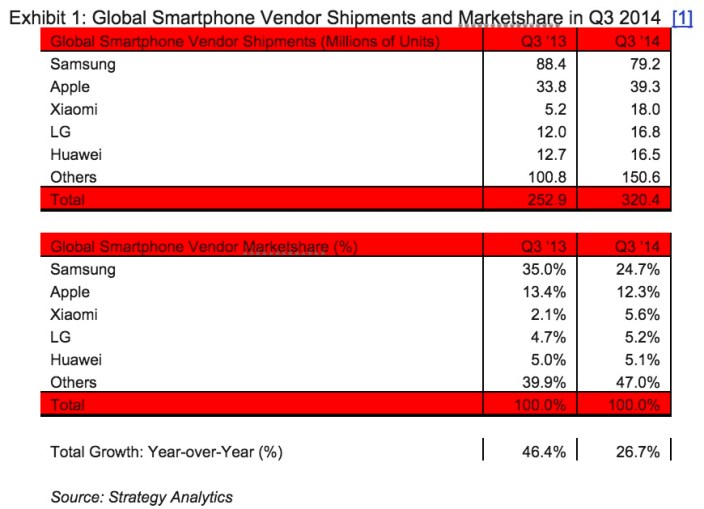 It is also worth noting that some of Xiaomi’s smartphone models and software bear quite the resemblance to the iPhone, as evidenced by the Xiaomi Mi 2S smartphone at the top of this article that looks awfully similar to an iPhone 5c. Meanwhile, the Chinese company’s flagship Mi 4 closely resembles the design of Apple’s iPhone 5s.

Xiaomi was the star performer in the quarter, capturing a record 6 percent marketshare and rising into third place in the global smartphone rankings for the first time ever. Xiaomi’s Android smartphone models are wildly popular in the Chinese market and it shifts millions of them every quarter through its extensive online and operator channels. Xiaomi’s next step is to target the international market in Asia and Europe, where it may face stronger headwinds of low brand awareness and technology-patent challenges next year.