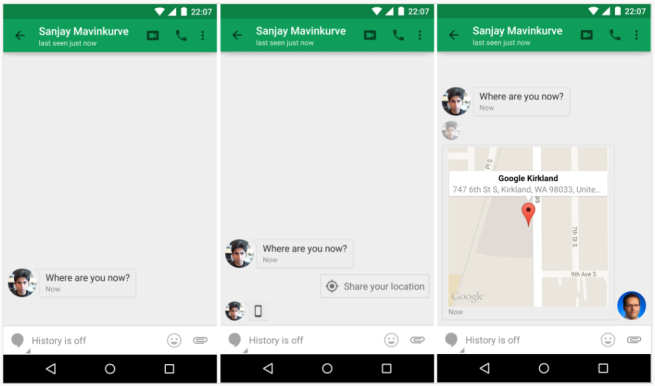 Google indicates that this is merely the first step in building more intelligence into the app, describing it as “the start of something new.” Future versions of the app are thus likely to recognize more questions, offering the ability to answer them with a single tap.

Functionality is improved by allowing you to add your phone number to allow friends to find you more easily, and to import your phone contacts into the app. ‘Last seen’ timestamps have also been added to make it more obvious when a contact is online (Google notes that this feature may take a few weeks to appear for all your contacts).

On the fun side, there are 16 new sticker packs and a range of video filters, including black & white, sepia and vignettes.

There was, though, no mention of security improvements, the Electronic Frontier Foundation last month noting that the chat service ticked only two of its seven security boxes.

If you already have the app installed, updating it should get you the new features, while the updated app should be hitting the Play store at some point today.