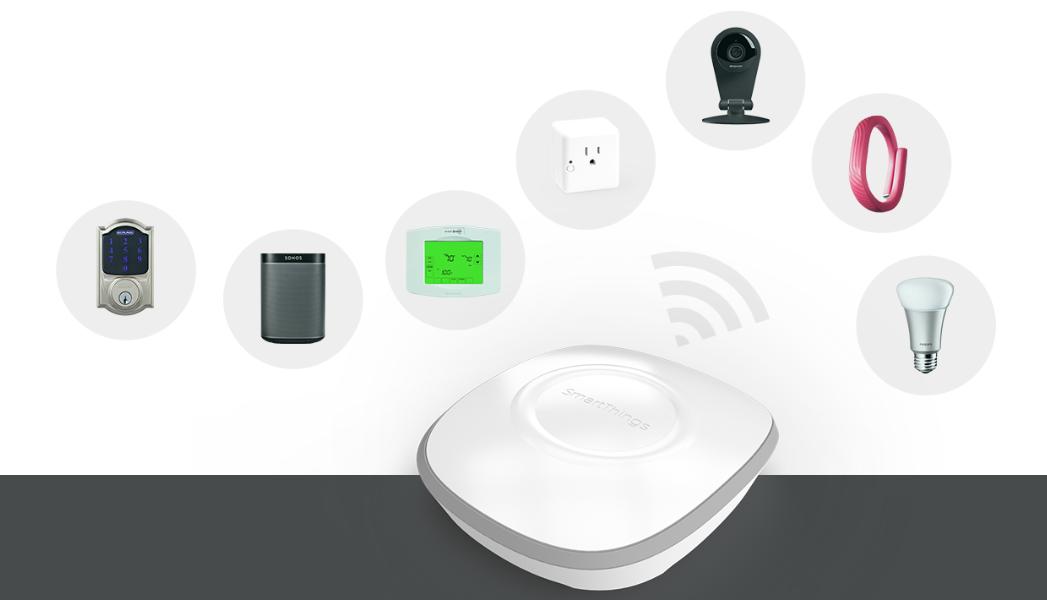 Yoon also said that the company was committed to open connectivity, rather than the walled garden approach the company has previously taken, where its devices only talk to other Samsung devices …

Samsung said that the next-generation SmartThings Hub, that facilitates communication between devices, would add to the number of third-party devices it could connect to – including Netgear cameras, Philips Hue lighting, Honeywell thermostats, Chamberlain garage door openers and August locks. No pricing was announced (the existing hub costs $99), but the new hub is expected to go on sale in the US and Canada in April, alongside a subscription-based home security service.

This new service enables SmartThings to automatically send users or other designated contacts a text or call when a problem is detected within the home that requires immediate attention, such as a flood or fire. The premium service also includes built-in DVR services for cameras.

Battery backup and cellular communications mean that the Hub can remain operational even if power is cut.

Samsung acquired SmartThings in August of last year, promising then that it would remain an independent company under Samsung’s ownership.

SmartThings will be competing against Apple’s HomeKit, which has the same aim of centralised control of a wide range of third-party smart home devices.