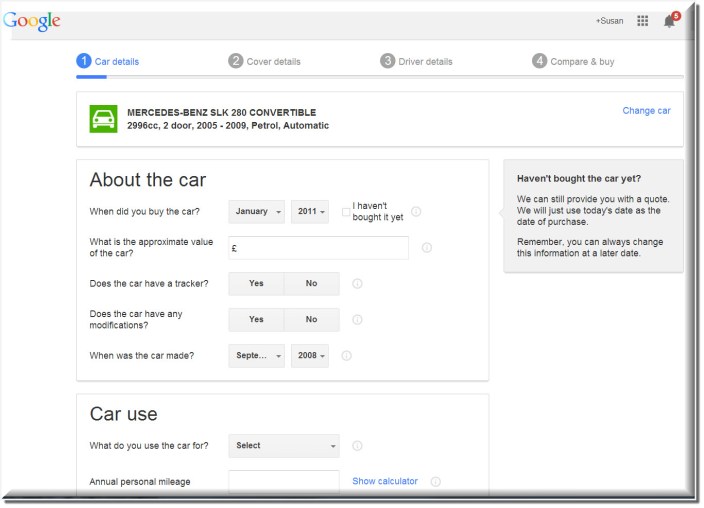 In her breakdown, Ellen Carney of Forrester explains that the company is looking to launch its Google Compare insurance shopping comparison site in the United States. The report shows that Google is currently licensed to sell insurance in 26 states and to sell policies on behalf of six total insurers, including MetLife, Mercury, and Dairyland.

In addition to that evidence, Google also recently won an authorization to sell insurance through both Google Compare and San Francisco-based comparison site CoverHound. This leads many to believe that Google may be working with – or acquiring- CoverHound for its American auto insurance efforts. In a statement, a CoverHound executive confirmed that the company is working with Google, but declined to comment on specifics.

In the United Kingdom, Google currently provides users with auto and travel insurance, mortgage, and credit card price quotes. In the United States, price comparison sites like Expedia and Priceline advertise heavily on Google, making this move a risky one for the company.

One area in which Google wants to differentiate itself from services like Expedia and Priceline is offering live quotes for prices. Many current price comparison tools collect information from users, then approach individual companies to find the best price. Google wants to provide the same information, but instantly. One road bump Google has hit with Google Compare, however, is insurance companies are reluctant to share that information immediately.

Google, in a statement to The Wall Street Journal, said that the company “doesn’t comment on speculation.”