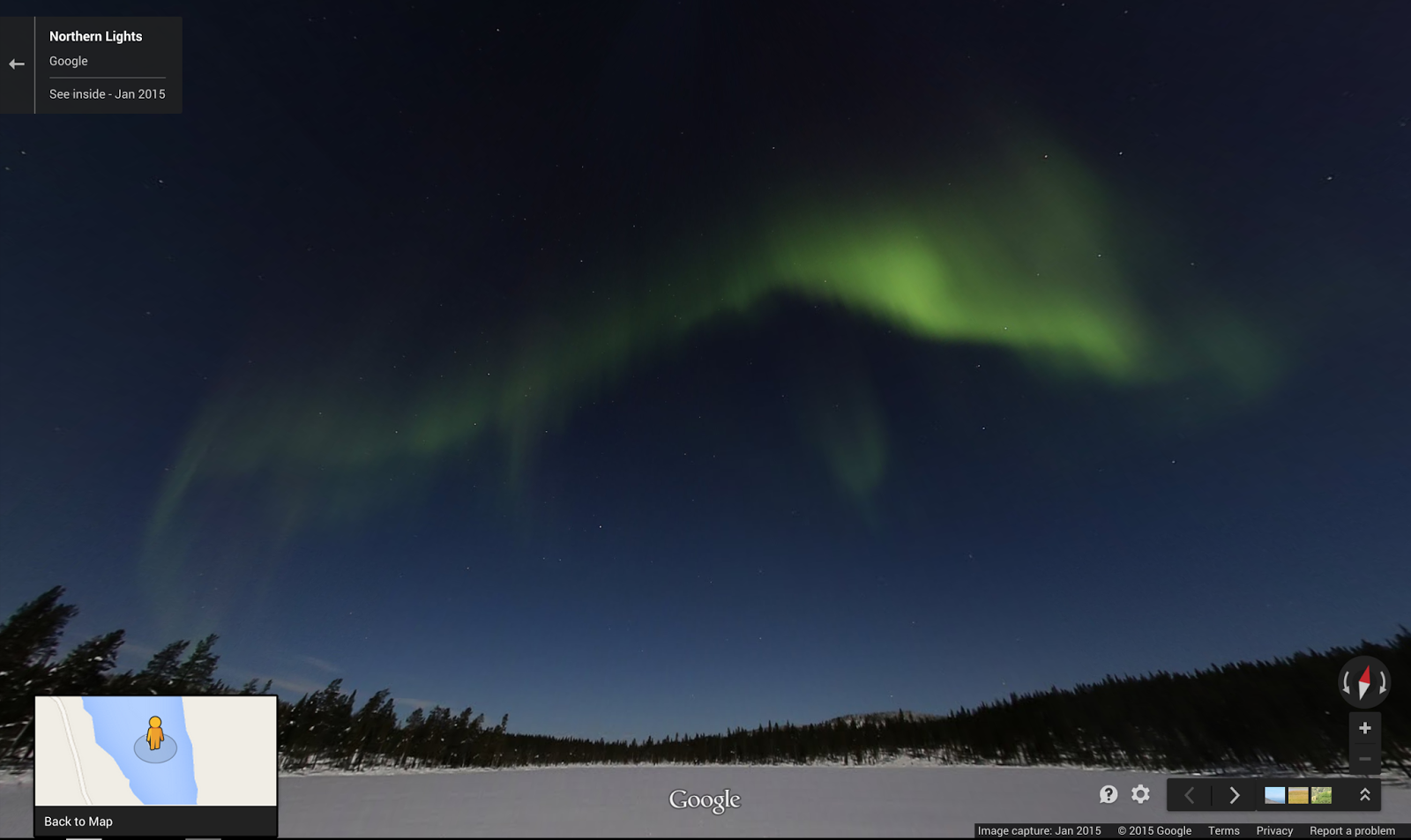 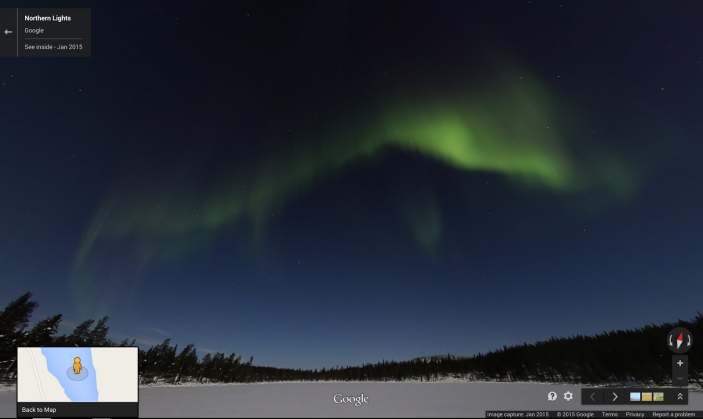 If you have ever wanted to experience the Northern Lights without traveling to countries such as Iceland, Finland, Norway and Sweden, look no further than Google Maps. Starting today, it is now possible for people from all over the world to explore the Aurora Borealis through Street View on Google Maps.

The lights shown were captured in the middle of a frozen lake in Finland, and while the imagery will never come close to what you would see in real life, this is probably as close as you’ll get to the real deal. The natural light show is the result of charged particles interacting with each other in the atmosphere, providing breathtaking views like the one pictured above.

Aurora Borealis has long been one of the wonders of the world and is only visible at certain latitudes and times of the year. The rarity of the Northern Lights is part of what makes it so interesting, along with the process of ionisation and excitation of atmospheric constituents that causes the light show in the first place.

Visit the Google Maps Gallery for more views of the Northern Lights.