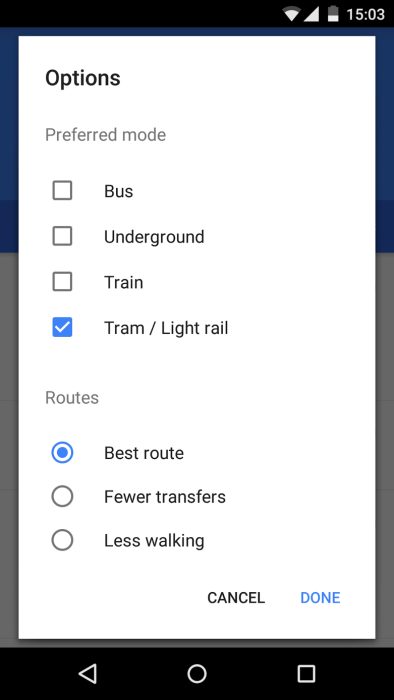 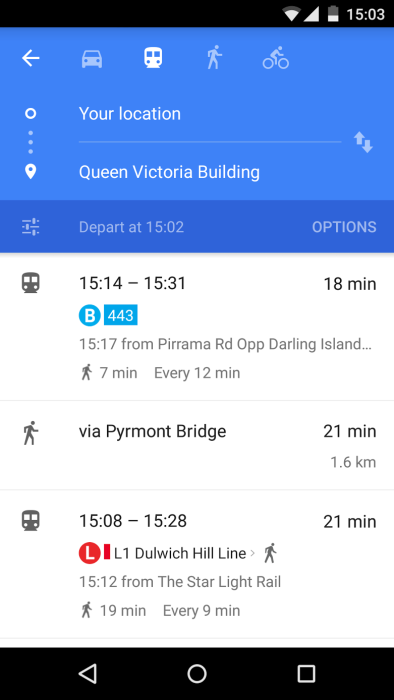 Google today released a set of improvements to the Google Maps APIs for developers looking to use transit directions in their Android apps. Specifically, users can now receive fare info where available and make use of the same mode and routing options as the Google Maps app.